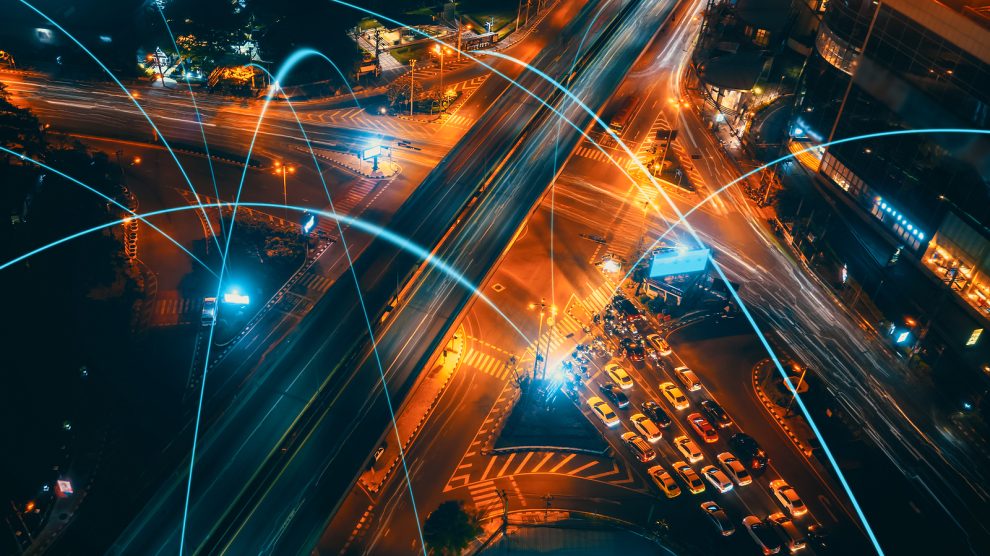 Emerging Europe speaks with Azmi Mikati, CEO of M1 Group, which brings connectivity to parts of the world that might otherwise miss out.

Much like the Covid-19 pandemic that preceded it, the ongoing war in Ukraine has brought home for many people around the world – in government, civil society and business – the importance of resilient communications networks.

Indeed, for Ukraine itself, much of its resilience has its foundations in a robust communications network that has, amongst much else, enabled firms in its valuable IT sector to continue operating at almost full capacity, servicing clients across the globe even when under fire.

But while Covid-19 and the war in Ukraine have been wake up calls for many, for Azmi Mikati, the CEO of M1 Group, a diversified investment holdings group, it is more a confirmation.

M1 has for several decades specialised in bringing telecommunications to countries and regions where difficult operating environment, or simply vast, underpopulated areas have often deterred other industry players.

Having lived  through times of war, the founders understand the importance of telecommunications to people, and their economies in conflict zones.

“Connecting people, especially in places where most other operators would be reluctant to go and operate, is part of our DNA.”

M1’s origins date back as far as the aftermath of the civil war in Lebanon. With so much infrastructure destroyed, not least communications, running an international business from Beirut was almost impossible. To solve the problem, two entrepreneurs installed a satellite phone – similar to those used on ships – on the top of a building. They did the same for friends, and soon realised that they had a business opportunity on their hands.

The company that began by installing satellite phones in Beirut, soon became Investcom, one of the largest communications firms in the Middle East and West Africa.

In 2005 – Investcom, M1 Group’s telecom affiliate, was listed on the London Stock Exchange in what was at the time the largest listing of a Middle Eastern company. “And a year later, MTN, a South African mobile telecommunications company, approached us and asked if it makes sense to combine the businesses. The synergies were extremely compelling,” says Mikati.

As a result of the deal, the Mikatis, through M1 Group, became the second largest shareholder in MTN, and were able to diversify into other businesses. The group now includes real estate, fashion, fintech and enterprise investment alongside the communications sector.

“We kept on exploring opportunities, and one of those was Myanmar,” says Mikati.

In 2021, M1 Group took over the operations of Telenor in the Southeast Asian country.

“We saw that Telenor was exiting, and again, we thought as we know how to operate in a difficult environment this could be a good opportunity for us. But more importantly, it was an opportunity to make sure that the people of Myanmar remain connected, that the network doesn’t degrade – something that would have had a devastating effect on the country in the medium to long term.”

A commitment to connecting people

Speaking to Mikati, it becomes clear very quickly that this commitment to connecting people, and to keeping them connected – even in the most trying circumstances – is the central driving force behind his business success.

“Whether it’s in Ukraine or any other place, imagine how worried you would be if an area was being bombed and you couldn’t contact your loved ones to make sure that they were safe, nor run your day-to-day business. In times of conflict, and in difficult periods, such as Covid-19, you realise how critical connectivity is.”

It’s been more than 10 years since the United Nations declared that internet access was “a catalyst for the enjoyment of human rights, most notably, the right to freedom of expression”. While it can sometimes appear that we are further away from universal internet access than ever, Mikati is an optimist, pointing to the enormous progress that has been made.

“Many more people are connected now than were a few years back,” he says. “There is still a lot of room for things to get better, but I think we are on track towards making this happen, whether it’s through traditional, cellular networks, satellite or through more innovative solutions.”

Connecting the most vulnerable

For developing economies, Mikati believes that ICT “undoubtedly” has the potential to promote growth, innovation and commerce, and to improve education: “It can help in meeting people’s essential needs, such as the access to healthcare, government services, medical diagnostics, daily news, e-commerce, or online banking.”

Additionally, factors such as climate change, urbanisation, and population growth are causing an increasing number of communities around the world to become more vulnerable to natural hazards that pose risks to people and livelihoods, as well as critical ICT infrastructure. As per Mikati, “in emergencies and areas of conflict, resilient telecommunication technologies are an essential vehicle for humanitarian relief, disaster management, and risk reduction

This, Mikati adds, is why it is so important for a company such as M1 to invest, “in these zones that nearly no one else is really willing to invest in, and to provide a service that we believe is a basic human right.”

Mikati points to regulation as being the primary blockage currently preventing universal connectivity, and calls on governments to “promote, not hamper” development.

“There should be more understanding of telecom operators like us, who operate in these difficult zones around the world.  It needs to be recognised that what we do is not easy, and we should be supported with the common good in mind.

“Deploying affordable, reliable, and safe communication technology is extremely important, especially to the most vulnerable.”

As for M1 becoming active in Central and Eastern Europe, or, perhaps more likely, Central Asia, Mikati does not rule it out.

“We’re always on the lookout for opportunities,” he says. “If anything presents itself, we will definitely look at it quite seriously and assess the opportunity. Connecting, empowering people is at the core of what we do.”