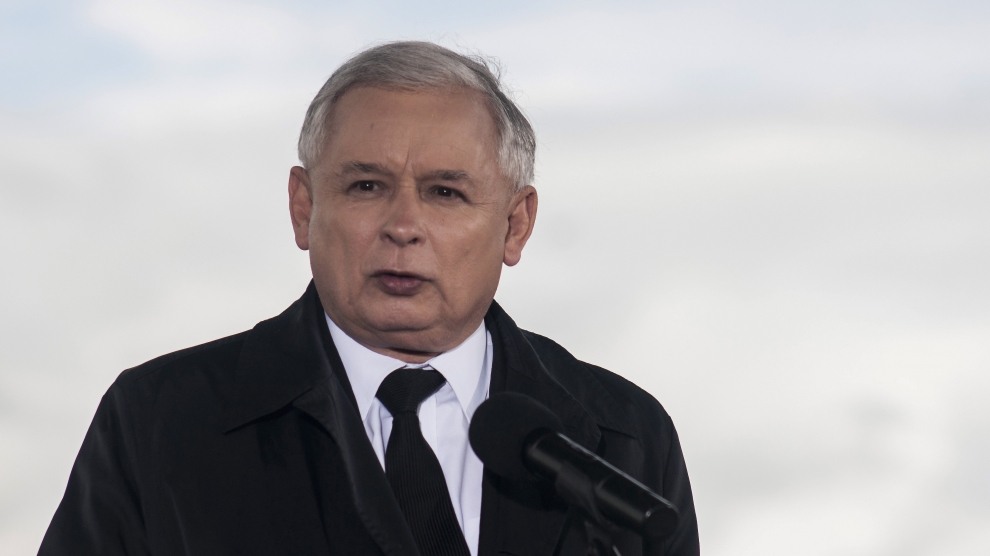 Jarosław Kaczyński’s love of cats is no secret. For years, Poles have been well aware that the man who leads the country’s largest and ruling party, Law and Justice (PiS), has a soft spot for everything feline. In 2017, he was famously pictured in parliament reading a copy of The Atlas of Cats during an important debate. The book – signed by the PiS leader – later sold at auction for 25,300 zloty (around 5,700 euros). The proceeds were donated to an animal welfare charity.

For some of his opponents, vehement critics of his party’s perceived backsliding over the rule of law and its reactionary attitudes towards women’s and LGBT rights, Kaczyński’s adoration of cats has long been viewed as his one redeeming feature.

Few would have considered the possibility that it might one day bring down his government.

On September 18, two junior partners in Poland’s ruling coalition, United Poland, which has 19 seats in the country’s 460-seat parliament, and the Agreement party, with 18 seats, refused back an animal rights bill submitted by Kaczyński himself, who recently said it brings Poland in line with European Union standards. He added that “all good people” should back it.

The bill, which would see fur farming banned and curb the ritual slaughter of animals for export, was also opposed by several PiS MPs, including Agriculture Minister Jan Krzysztof Ardanowski, who believes that it will alienate voters in PiS’s rural heartlands and hurt farmers. Otwarte Klatki (Open Cages), an animal rights group, says there are around 550 fur farms in Poland breeding some 5.2 million animals.

Poland produces millions of furs – mainly fox and mink – a year, and the sector employs about 50,000 people. The country is also one of Europe’s biggest exporters of halal and kosher meat, with 2017 shipments of more than 70,000 tons. According to the Polish newspaper Gazeta Wyborcza, the economic impact of the bill would be around 1.6 billion euros.

Hundreds of farmers staged a protest on Wednesday outside Mr Kaczyński’s office and the Polish parliament.

Nevertheless, parliament passed the bill with the support of the liberal opposition Civic Coalition. It will now need senate, and then presidential, approval.

Similar legislation was rejected in 2017 after Mr Kaczyński backed down following pressure from the fur lobby. This time, he appears prepared to see it through.

As a consequence of the row over animal rights, PiS has suspended talks with its two junior partners on a planned cabinet reshuffle. Both United Poland and Agreement were already concerned that a proposed reduction in the number of ministries would have boosted the hold that Law and Justice has on the levers of power at their expense. Zbigniew Ziobro, United Poland’s leader and the country’s justice minister, who it is rumoured does not see eye to eye with Mateusz Morawiecki, the prime minister, had been tipped for the push.

According to Ryszard Terlecki, the Law and Justice party’s leader in parliament, talks broke down because, “our existing coalition partners are presenting a different programme, with different ideas, with different voting indications”.

He added that talks could only resume “if our coalition partners temper their expectations”.

Without a workable majority in parliament, PiS may be forced to push for an early election, less than a year after Poland’s last parliamentary vote.

Mr Terlecki appeared ready for such a scenario.

“If the government falls, Law and Justice is prepared to hold early elections without seeking an alliance with our partners,” he said.