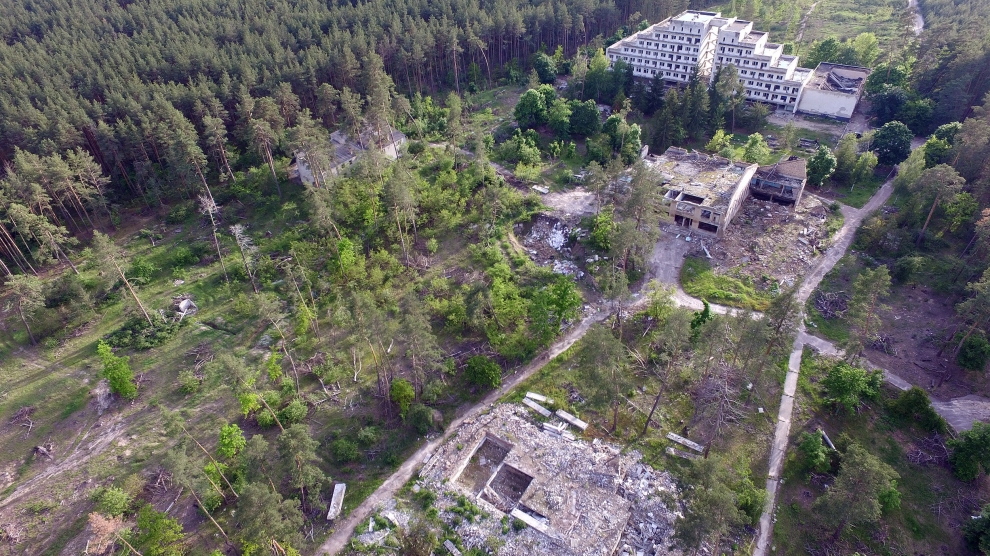 How Chernobyl has become an unexpected haven for wildlife

Many people think the area around the Chernobyl nuclear plant is a place of post-apocalyptic desolation. But more than 30 years after one of the facility’s reactors exploded, sparking the worst nuclear accident in human history, science tells us something very different.

New data provided to Fortune by the cryptocurrency research firm Chainalysis finds that Ukraine and Russia rank first and second, respectively, in the adoption of cryptocurrencies like Bitcoin. But while the vast majority of this activity is legitimate, Eastern Europe also leads the world in the illicit use of cryptocurrency on darknet marketplaces and in ransomware schemes.

Authorities in Uzbekistan’s ancient city of Samarkand have torn down a historic building ahead of a visit by President Shavkat Mirziyoev despite an outcry by activists.

As towns declare themselves ‘LGBT-free zones’, Polish DJs and musicians are leading furious opposition to widespread homophobia and police brutality.

Ditching dinars: Will the Balkans take to cryptocurrency?

The daring few involved in cryptocurrency and blockchain in the Balkans say the benefits could be big, if the regulatory framework is put in place.

Poland’s big clothing and footwear retailers LPP and CCC are switching focus back to Eastern Europe, sizing opportunities to add brick-and-mortar stores as international rivals concentrate on online sales during the pandemic.

Queen Tamar: The myth of a perfect ruler

Queen Tamar was one of Georgia’s most iconic and colourful rulers, a powerful medieval sovereign who controlled large parts of the Caucasus and the eastern side of the Black Sea and forged strong cultural links with both the Byzantine West and the Persian South. Her influence extended beyond the battlefield: she presided over the last phase of the Georgian ‘Golden Age’ which saw the building of classic Georgian churches and a flowering of the Arts that produced one of Georgia’s most important poets.

Listen to the podcast here

Many Kosovars see local shepherds as lazy or uneducated. But as Daniel Petrick discovers among the country’s Sharr Mountains, most shepherds are proud to defend the region’s ancient traditions — despite often finding themselves pushed into the trade through meagre state pensions or post-war decline.

Montenegro is the latest domino to fall toward Russia

After parliamentary elections, a pro-West government is out. Europe and the United States should take note.

‘My secret life’: Gay and Azerbaijani in rural Georgia

In Ukraine, music’s most extreme genre is on the cultural front line in the fight against Russia

Emerging Europe’s primeval forests are in danger
In Poland, a powerful politician’s love of cats could bring down the government
Comment