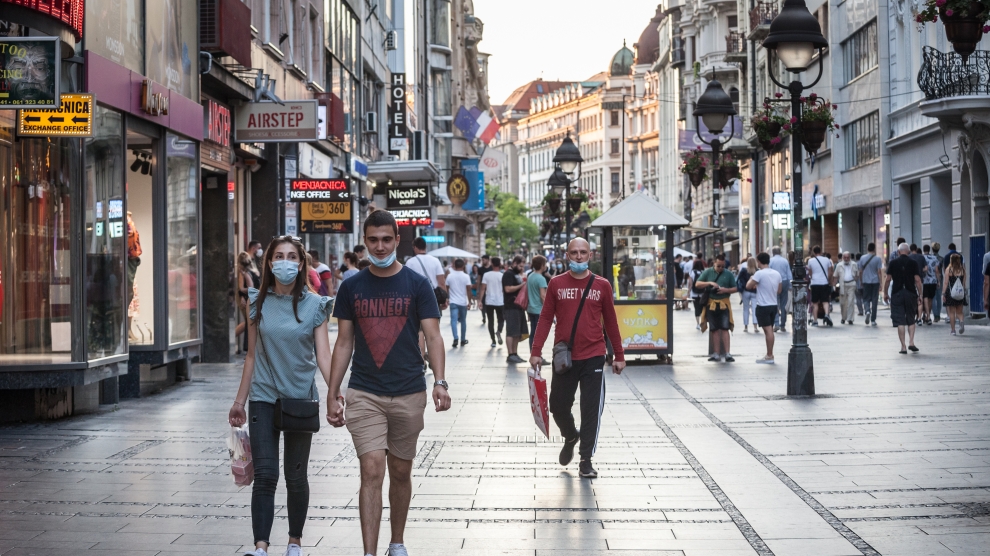 Micro enterprises in Serbia have been the sector of the Serbian economy most affected by the coronavirus pandemic, leading to a sharp decline in working hours in the second quarter of the year, a loss equivalent to 510,000 full-time jobs. The data comes from a new report published this week by the International Labour Organisation (ILO) and the European Bank for Reconstruction and Development (EBRD).

It’s not all bad news, however. Having adopted “the most generous and comprehensive economic package among the Western Balkan economies” Serbia has managed to contain “the expansion of poverty,” the report claims.

“This is an important report highlighting not only the impact of the coronavirus pandemic on the Serbian labour market and workforce, but also providing concrete and valuable advice on how to tackle the challenges it identifies,” says Barbara Rambousek, the EBRD’s director of gender and economic inclusion.

In the first months of the coronavirus pandemic, Serbia imposed some of the strictest lockdown measures in Europe, including a daily 5pm to 5am curfew and the closure of all non-essential businesses.

Working hours in Serbia declined by an estimated 14.8 per cent during the second quarter of 2020. Shorter working hours and furlough schemes contributed significantly to that decrease. If the health crisis continues and employment retention programmes cease, the study warns people will be pushed into unemployment.

As the health crisis persists across most of Europe, with new Covid-19 infections still being recorded daily, the report has identified 700,000 workers at an immediate risk of of unemployment in Serbia. These jobs are primarily in the wholesale and retail trade, accommodation, transport, services, forestry and logging, and crop and animal production. Of this workforce, around 314,000 are self-employed with a further 267,000 being informal workers.

The Serbian government has attempted to stymie the economic consequences of the lockdown with support for both citizens and business. In June, the state opened its coffers and paid 100 euros to every citizen over the age of 18, and business were supported with a minimum wage subsidy.

According to the report, for micro enterprises and SMEs these subsidies translated into around 65 per cent of labour costs being covered by the government.

“We took the measures in time, in the right scope, and they were comprehensive. We established trust between the government and the private sector because we’ve done everything on time,” Serbian Finance Minister Siniša Mali said in a press conference on September 17.

While the report praises the support the Serbian government has given so far, it does outline some recommendations for the future, including a more targeted and selective approach toward supporting the most vulnerable citizens.

The lack of selectiveness in the Serbian government’s approach was also criticised by some Serbian analysts and politicians at the time who noted that the 100 euros and the minimum wage subsidies had been doled out to everyone, regardless of whether or not the support was actually needed.

The report also stresses that Serbia needs to find ways to support a large number of circular and seasonal workers, mitigate the less visible social costs of the pandemic, optimise a new youth employment programme, and use social dialogue more effectively.

Meanwhile, a 6.6 per cent increase of the minimum wage this month has split opinion in the country.

On the one hand, union representatives have pointed out that even with the increase (from around 255 euros to 273 euros) the wage is still not enough to cover the “minimum consumer basket” of approximately 314 euros.

Employers, on the other hand, say that in times of crisis any wage increase is too great, which is why they were against raising the minimum wage to the consumer basket level. They have also warned that the increase might force many employers into letting workers go.

In Serbia, it’s estimated that around 350,000 workers receive the minimum wage, which is nearly 16 per cent of the total 2,197,065 people employed in Serbia, according to data from the country’s statistics office.

When asked about the possibility of new support measures, Mr Mali told reporters that that a budget rebalance is set to happen in later this month or in October, and that the government is keeping track of what’s going on.

“We’ll all be much smarter in October. Then we’ll see if we’re slowly coming out of the crisis,” he said.

The government has, however, announced that it will subsidise wages for two employees at newly established businesses. Payments are expected to begin on September 21.

In Poland, a powerful politician’s love of cats could bring down the government
Albania, North Macedonia bring Western Balkans a step closer to an integrated electricity market
Comment