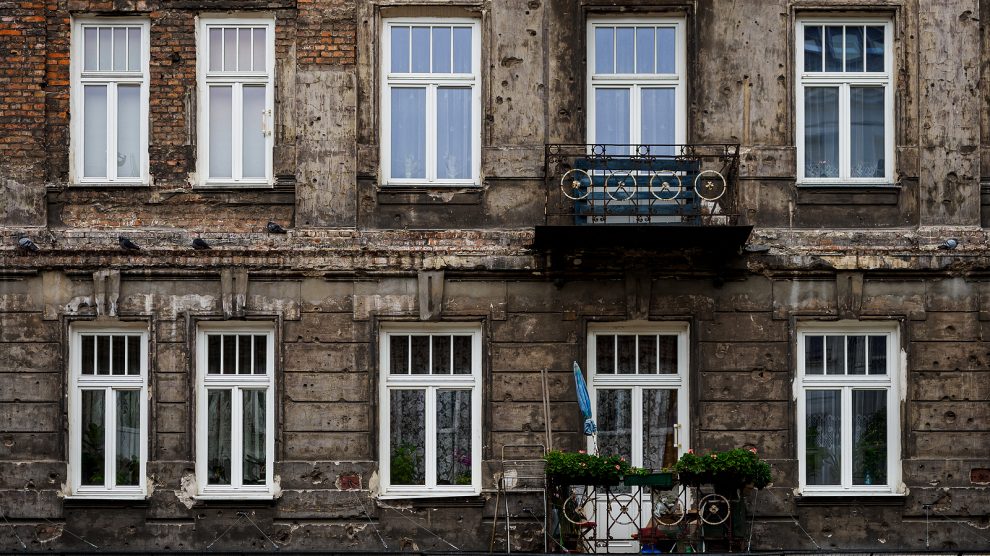 A new law in Poland sets a 30-year deadline for the recovery of property seized by Nazi Germany and subsequently nationalised by Poland’s communist-era government.

Poland’s prime minister, Mateusz Morawiecki, has been heavily criticised by Israel for comments last week in which he said that Poland will not pay for German crimes as long as he is in office.

“Not a złoty, not a euro, not a dollar,” said Morawiecki.

The amendment sets a 30-year deadline for the recovery of property seized by Nazi German forces and subsequently nationalised by Poland’s communist-era government.

In the late 1940s, the communist government carried out a widespread programme of property confiscation across Poland, which included large amounts of property previously belonging to Poland’s pre-war Jewish population.

The new amendment follows a 2015 ruling by Poland’s constitutional tribunal that says time limits should be imposed on the period during which flawed administrative decisions — often the target of restitution claims — can be challenged.

According to its critics, however, it essentially prevents any further World War II-era compensation claims or appeals of past decisions.

The amendment easily passed in the Sejm with a majority of 309 votes. The issue has been weaponised by the far-right in Poland, especially the new political grouping, Confederation, which used it as a key part of its election campaign in 2019.

About 4,000 formerly city-owned properties or plots of land in the Polish capital Warsaw have already been transferred back into private hands since 1989 through a legal process known as re-privatisation, but a communist-era ‘Bierut Decree’ of 1945 remains in force, which means Warsaw city authorities face thousands of claims for the restitution of property and land.

According to data from 2016, around 40,000 to 60,000 tenants living in 3,000 municipality-owned tenement buildings are at risk should they be reprivatised.

Israel is particularly concerned about the imposition of a timeframe for reclaiming property.

The Israeli Embassy in Poland stated that the amendment “will make it impossible to return Jewish property or seek compensation” and that “this immoral law will seriously affect relations between our countries”.

Israel’s foreign minister, Jair Lapid, said that the amendment would worsen relations between Israel and Poland.

“We are not interested in Polish money and the allusion itself is anti-Semitic. We fight for the memory of the victims of the Holocaust, for the pride of our nation, and no parliament can pass laws aimed at denying the Holocaust,” Lapid wrote on Twitter.

Heirless property taken over by the communist regime had a combined value of about 25 billion euros according to experts commissioned by the Israeli government 15 years ago. They estimated that there were about 170,000 private properties held in Poland wrongfully seized from victims of the Holocaust and nationalised by the communist government.

Poland’s ambassador to Israel, Marek Magierowski, was summoned to the Israeli Ministry of Foreign Affairs on June 27. The deputy head of Polish diplomacy, Paweł Jabłoński, in turn summoned a representative of the Israeli embassy.

Israel and Poland have seen diplomatic tensions rise in recent months over the rejection by Polish officials of any culpability for anti-Semitic atrocities during World War II. Warsaw has also introduced a law that forbids blaming the Polish nation for Nazi crimes, though the legislation was softened during its passage through parliament.

The United States has also weighed in to the dispute, calling for work on the bill to be suspended. Before the amendment was passed, US Chargé d’Affaires Bix Aliu wrote a letter to the Marshal of the Sejm in which he mentioned work on reprivatisation. He argued that it would block the way for Holocaust survivors to pursue their claims.

On June 25, a spokesman for the US State Department added his own call for Poland to discontinue further work on the amendment.

Under the JUST (Justice for Uncompensated Survivors Today) Act, the US government is required to inform Congress about the progress countries are making on restitution legislation following the Terezin Declaration, a non-binding 2009 agreement on measures to right economic wrongs that accompanied the Holocaust against the Jews and other victims of Nazi persecution in Europe.

However, the US State Department’s special envoy for monitoring and combating anti-Semitism, Elan Carr, said that the obligations of the US government were limited to the preparation of a report on compliance with the Terezin Declaration and that it was up to Poland to decide how it would comply.

Unlike many other countries in Central and Eastern Europe, Poland has never passed a comprehensive law on property restitution, despite various attempts to do so, and property claims often take years to resolve.

Before World War II, 3.5 million Jews lived in Poland, making up 10 per cent of the population; in Warsaw the figure was estimated at about a third of the then one million population. More than 90 per cent were killed in the Holocaust.

Poland’s chief rabbi, Michael Schudrich, has said that one option could be legislation that allows for compensation to be provided in lieu of property restitution, but that “it remains to be seen whether or not the government is interested in such a measure”.

Morawiecki’s words would suggest that it isn’t.