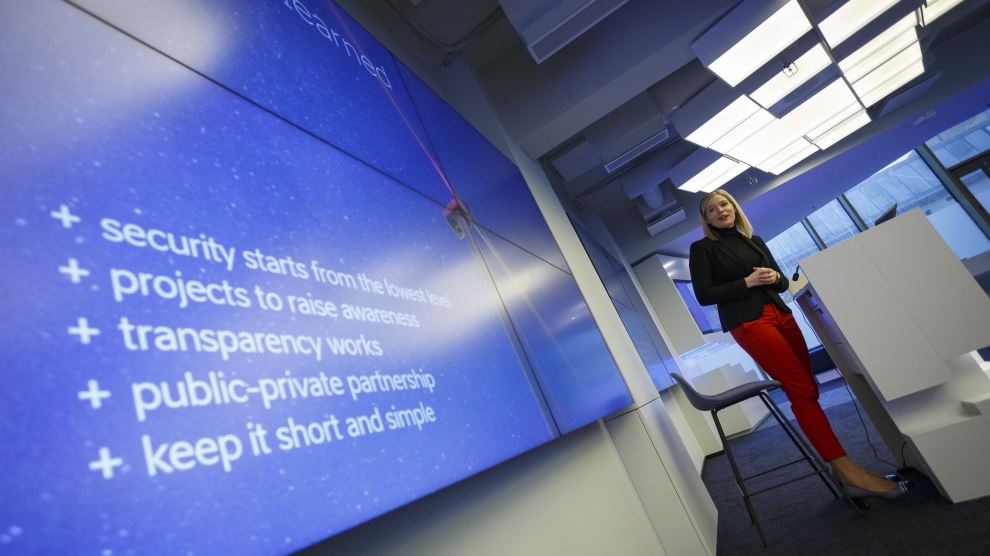 On March 9, Romania’s tax authority ANAF announced that in order to help combat the spread of the coronavirus Covid-19, it was recommending taxpayers avoid its offices and that they should file any returns or correspondence online.

Good luck with that.

ANAF’s antiquated, creaking online portal is woefully inadequate at the best of times. During busy periods, such as the days and weeks ahead of the Romanian tax return deadline in May, the entire system breaks down, forcing taxpayers to spend hours in long queues at ANAF’s offices in order to file their returns on time.

For Romanian taxpayers, ANAF’s offices and the notoriously unhelpful people who staff them look set to be a fixture of daily life for years to come, coronavirus or not. While tens of millions of euros have been spent on IT systems designed to make communication between taxpayers and ANAF seamless, the money has often been wasted on less-than-optimum solutions, hardware and software which have in many cases aggravated the taxpaying process.

For a start, before being able to use ANAF’s portal, taxpayers must register in person at one of its offices.

For a number years, so-called online tax declarations could be completed online but still had to be physically delivered to ANAF. This led to a now infamous case of an ANAF office putting up a notice which read: “Online declarations should be handed in at counter number six on the second floor”.

How it should be done

What made ANAF’s announcement all the more laughable was the fact that last week I spent two days in Estonia witnessing how digital government can, and indeed should, work.

In 2001, Estonia introduced a data platform for government use, X-tee. Based on open-source X-Road software, X-tee is the backbone of e-Estonia, also known as country as a service. Invisible yet essential, it allows the nation’s various public and private sector e-service information systems to link up and function in harmony.

Estonia’s e-solution environment includes a full range of services for the general public, and since each service has its own information system they all use X-tee. To ensure secure transfers, all outgoing data is digitally signed and encrypted, and all incoming data is authenticated and logged.

Tied in to X-tee is Estonia’s Population Registry, the state’s database for holding basic information about each person living in the country. It contains their name, ID code, date of birth, place of residence, and other statistical data such as nationality, native language, education and profession. Each resident – using an electronic ID card – can review and edit their data in the registry.

The registry is linked via X-tee to a variety of other state systems which depend on its data for their services. For example, when individuals apply for child support, study allowance or concession status for public transport, data is retrieved from the Population Registry. The same is true when a person uses i-Voting (Estonia was the first country in the world to introduce online voting, in 2007). The system retrieves the information automatically. No extra documents have to be submitted or online forms filled out.

The state also benefits because statistics are kept up-to-date, and functions such as voter registration and tax filing, which are based on place of residence, can be handled properly.

There are other benefits for the state too, not least forward planning.

“When babies are born at the hospital, they immediately receive their personal codes,” says Anett Numa at the e-Estonia Briefing Centre. “The parents then register the name online, and pro-actively, they will start to receive child benefits without having to fill out any other forms. Then the system will ask the parents which school they want to send the child to, even though it may be six years in the future. This allows local councils to plan how many teachers and classes they will need at that particular school in six years’ time. If it then appears that there will be a shortage of teachers, the government can start planning: offering incentives for students to train as teachers now, not in six years’ time when there is already a shortage.”

Numa is one of the speakers at the briefing centre whose job is to explain the Estonian digital experience and inspire leaders and decision-makers alike to create a better tomorrow.

Hundreds of delegations visit the centre each year from a wide range of backgrounds, from both the public and private sectors, and from university students to world leaders, including the German chancellor, Angela Merkel, and the vice president of India, Venkaiah Naidu.

Digital services for all

Numa says that for Estonia, creating a digital society was driven by the need to make public services available to everyone, no matter where they live.

“Regaining our independence in 1991 was wonderful, but these were not great times,” she says. “There was widespread corruption, and people had no trust in government institutions. Another problem was that people had no idea what kind of information the government held on them. But the biggest problem of all was the size of the country. There are only 1.3 million Estonians, but we live all over a country which is actually, in terms of area, larger than the Netherlands. You can travel for 50 kilometres and not see another person. We also have hundreds of small islands on which just a handful of people live. So even back in the 1990s there was a realisation in government that it would have been too expensive to open government offices in every small town, on every island. As such, in 1994 parliament agreed that we need to use technology.”

It was a risk, she admits.

“Very few people had computers. We also had no other country to follow or to use as an example. What was an advantage was that we had a prime minister [Mart Laar] who was in his early thirties. Much of the cabinet was even younger.”

The first step for the young country was to build the infrastructure needed to make a digital society possible – internet connections – and then educate people in how to use it.

“We started off with computer courses in high schools,” says Numa. “Then we moved into universities and then we looked at helping older people. The government decided to offer them free computer courses. In the end more than 10 per cent of the population signed up.”

More than 25 years later Estonia has now reached the point where more than 99 per cent of public services are accessible online. Only three things can’t be done online: marriage, divorce and buying property.

Ninety per cent of the population has internet at home, and those who don’t can go to public places such as libraries to use the internet for free. What’s more, 10 per cent of Estonian students now study IT, twice as many as in any other OECD country.

The electronic ID cards which citizens use to access the system have been compulsory since 2002. More than 67 per cent of Estonians use them regularly.

“We trust the cards because there is nothing sensitive on them,” says Numa. “It has my name, gender, citizenship and personal code. That’s it. There is no information physically stored on the chip.”

The state of Estonia is only allowed to ask its citizens for a piece of information once.

For example, when an Estonian needs to change their home address they need only to log in to one platform – the Population Registry – and change it.

“No other government institution can ask me for my home address,” says Numa. “If they want it, they need to ask the Population Registry. If they are allowed to.”

“The more data and information that institutions have about us, the more power they have. That’s why our information is divided between thousands of institutions, who can all communicate with each other using X-Road. And every time an institution checks my data I can see who, at what time, what piece of data they asked for. I have the power over my information. This is transparency, and this is where the trust between state and citizens is created.”

When Estonia was hit by a massive cyber attack in 2007 from Russia (Numa uses the politically-correct euphemism the East), just one bank and some media institutions were taken offline. X-Road, which had already been operational for six years, withstood the attack.

“It was unaffected, because everything was so widely distributed,” she says.

“However, it was a good lesson for us, and we created a back-up plan, a data embassy located in Luxembourg. Why? The European Court is there, it is politically independent.”

Yet beyond the resilience of X-Road, if there is one thing which makes e-Estonia work so well it is the simplicity of the system’s design. Everything is based on the KISS principle: Keep it simple and short.

“Take the online voting system,” Numa says. “It has a white background and makes use of the simplest font. When you design state services they should never be fancy. They need to be easy to use for all members of society, even our grandparents. That is what many other countries have yet to realise: usability is what matters, not fancy design.”

Those of us who have to use the few, plodding digital services offered by so many other countries around the world can only dream of the streamlined simplicity e-Estonia offers. Civil servants across the globe should be booking visits to the e-Estonia Briefing Centre post-haste.

That, of course, is if they want to make the lives of their citizens easier. I am often left with the impression that they do not.