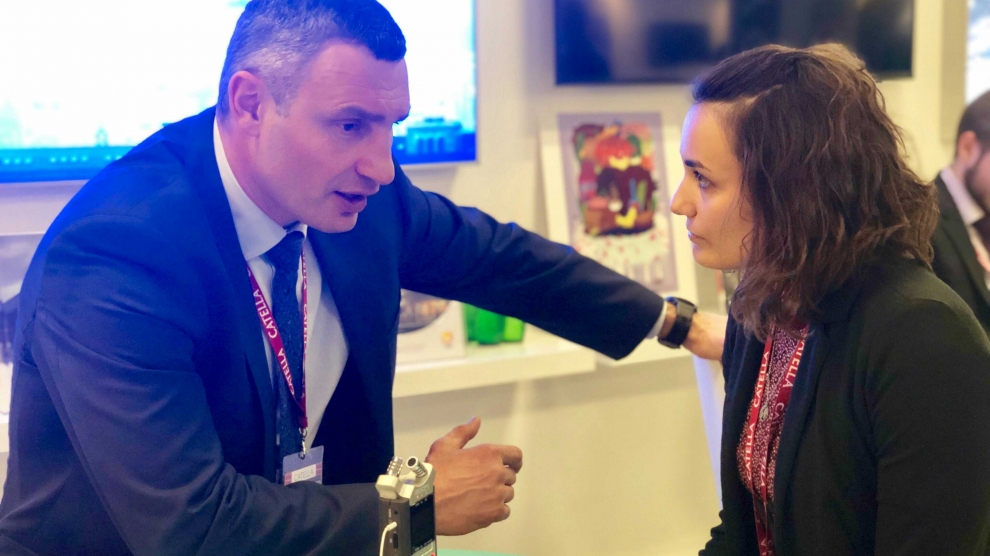 Kyiv is looking forward to becoming a fully-fledged smart city. Thanks to new reforms expected between 2019 and 2021, the city is increasingly opening up to business, complete with new start-up incubators and support for small and medium enterprises.

Among Kyiv’s priorities are infrastructure and the city’s transport system. Vitaly Klitschko, the city’s mayor, recently signed a memorandum of understanding with the European Bank for Reconstruction and Development (EBRD) to make the city more environmentally friendly. The total investment will be 320 million euros.

“Over the last 12 months we have reconstructed more than 200 parks, making Kyiv a greener city,” Mr Klitschko told Emerging Europe at MIPIM, the world’s largest property market. “Parks can be considered our city’s treasure and we need to upgrade them.”

While more green areas make the city more livable for its citizens, it is also a good way to attract tourists, combining modernity and at the same time preserving the city’s historic architectural heritage.

“We have totally changed our tourist zones. Kyiv has a great history, a long tradition and we need to underline the historical part of our city. The renewed tourist areas are more comfortable both for the citizens and tourists,” Mr Klitschko added.

“Kyiv is a real metropolitan city with over four million inhabitants. Although the city has developed very fast, we need know-how, because we inherited from the past a system that was ineffective,” he continued.

And at the rate the city is growing, there will be a huge demand for new residential real estate. To overcome this challenge, Kyiv has introduced a Smart City agenda. The goal is to create a more comfortable lifestyle improving local services and trying to keep pace with the latest global trends in urban innovation.

“We look at the examples of other cities and bring their experiences back to our hometown. We are not just bringing investors to Kyiv, we are bringing attention,” Mr Klitschko said.

Several smart projects have already been successfully introduced in the city, including an open budget, municipal fleet dispatch control, contactless card payments on the Kyiv metro, and an electronic ticketing system which is currently undergoing testing.