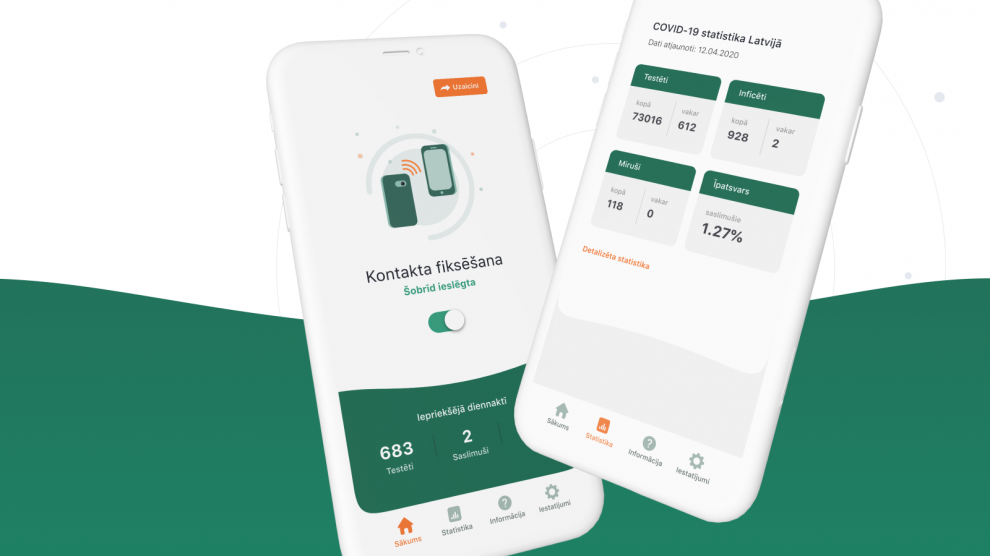 A digital Covid-19 contact tracing app is set to be launched in Latvia this week, the first in the region built on Google and Apple’s newly released exposure notification API.

The app, called Apturi Covid, (which translates in English as simply Stop Covid) is the fruit of a non-profit social initiative, built in just a month, pro-bono, by leaders in the country’s vibrant ICT industry. It has been endorsed by the Latvian government, which has itself shown great flexibility and decisiveness when it comes to initiatives aimed at combating Covid-19.

Latvia has so far limited the total number of Covid-19 infections in the country to 1,049, and just 22 people have died of the virus.

“Thanks to restrictive measures and public participation, Latvia has the third lowest incidence of Covid-19 in the European Union and low mortality, but we must not stop,” says Elīna Dimiņa, head of Latvia’s Infectious Diseases Surveillance and Immunisation Division. “With the involvement of people and the use of modern technology, we can once again gain time and take a step further. The new app will allow epidemiologists to identify contacts more quickly.”

Apturi Covid will detect and register other mobile devices that are in close proximity for at least a 15 minute period. All data is encrypted and stored directly on the device and won’t be accessible to the phone owner or other users of the app, and will only be put to use if a new Covid-19 case is detected. Without disclosing the infected person’s identity, Apturi Covid will notify all users with whom the infected person has been in close contact. These people will be asked to avoid contact with others to prevent the spread of the disease.

This strong privacy protection ensures that the app is fully GDPR compliant and that processing of the exposure notification protocol is decentralised, as it takes place on the device rather than in a central server.

According to the Organisation for Economic Co-operation and Development (OECD), Latvia has the third-most active smartphone users in Europe. Even though the use of the app will be voluntary, it is estimated that it will initially be used by at least one fifth of the population. A recent study by Oxford University predicts that a 10 per cent to 20 per cent uptake is enough to have a positive effect on limiting the spread of the virus.

Adoption of the new Google and Apple API ensures that the user experience for the app will be the best possible, without the need for complex restrictions in order to maintain continuous use of Bluetooth. The developers believe that reliance on this standard will ensure widespread adoption and also compatibility over time with contact tracing apps around the world that are also expected to adopt the same exposure notification framework over time.

Several state institutions have also been involved, including the presidency, the Centre for Disease Prevention and Control (SPKC), NATO StratCom, as well as health professionals and epidemiologists.

Estonia’s app – set for release early next month – will be based on the DP-3T protocol developed by leading privacy experts. This approach would also be in line with the Apple and Google API, which the Estonian app is seeking to integrate with. As in Latvia, the contact tracing system will be implemented on an opt-in basis, meaning individuals have to actively confirm that they wish to participate and contribute to this solution.

Poland was last month the first country in emerging Europe to launch a contact tracing app, ProteGo Safe, but it does not currently use the Google and Apple API. However, its developers – the Polish Digital Affairs Ministry – have suggested that it may be adapted.