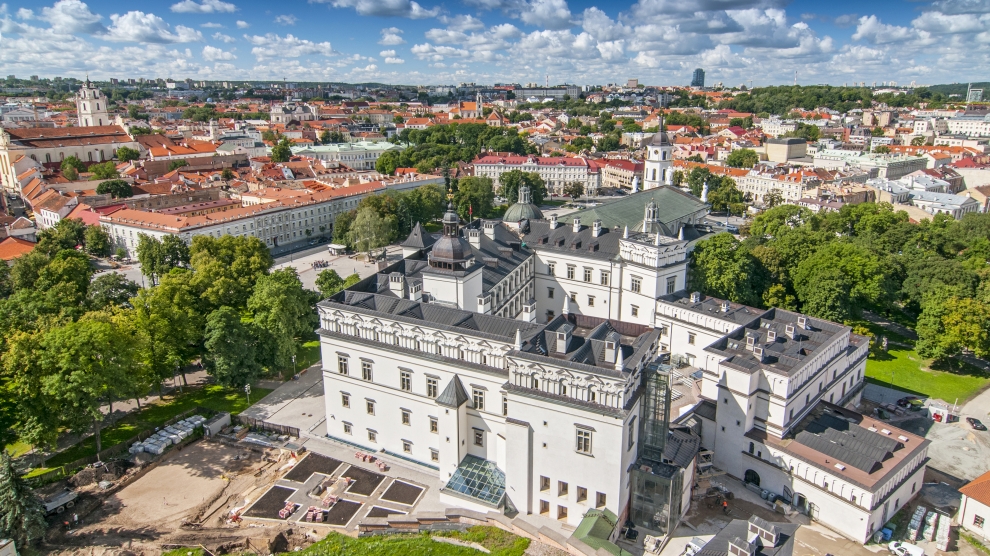 Lithuania’s ratings reflect high governance indicators and a credible policy framework supported by EU membership, against a lower level of GDP per capita relative to the ‘A’ category median, and a small and open economy exposed to external shocks.

The stable outlook reflects a degree of economic resilience to the Covid-19 pandemic owing to an improvement in external finances (with a decline in net external debt), a stable banking sector and a track record of fiscal prudence. The latter provides some confidence that the authorities will adopt fiscal policies to put debt/GDP on a downward trend.

Fitch forecasts Lithuania’s economy to contract by 6.8 per cent in 2020 although the latest flash estimate of second quarter GDP shows real output fell only 3.7 per cent year-on-year (according to Statistics Lithuania), after positive growth of 2.4 per cent in the first quarter. The unemployment rate increased to 9.3 per cent in May, from 6.1 per cent in January 2020.

Lithuania’s flexible economy (diversity in industry and export markets), and lack of macroeconomic imbalances, including a low level of private sector indebtedness (in the first quarter of 2020 non-financial corporate debt was 42 per cent of GDP, while household sector debt was 23 per cent of GDP), are fundamentals that will help support a gradual economic recovery. Fitch forecasts real GDP to grow by 4.4 per cent in 2021 and 3.3 per cent in 2022, driven mainly by domestic demand. Contribution from net exports is projected to remain negative in 2020-2021, weighed down by a weak demand outlook in key trading partners (such as Russia, Latvia, Germany and Sweden).

“Our GDP baseline is subject to high uncertainty, depending on the evolution of the pandemic, and the long-term effects on the labour market,” said Fitch in a statement. “Economic recovery will also depend on the impact of structural shifts on supply chains as well as the potential for higher investment over the medium term. Lithuania is a large net beneficiary of EU funds (average 3.2 per cent of GNI in the period 2014-2018). EU support under the 2021-2027 EU Multiannual Financial Framework from which Lithuania will receive a total of 14.5 billion euros (an increase of 1.7 billion euros from the current framework) and the Next Generation EU fund, will assist the post Covid-19 economic recovery. Currently, medium-term potential growth is estimated to be between 2-2.5 per cent.”

Lithuania’s fiscal response to the pandemic as of July 31 is estimated at around 6.3 billion euros (12.9 per cent of 2019 GDP), of which approximately 4.3 billion euros will have a direct impact on general government finances. Subsidised wages under the employee downtime scheme aimed at saving jobs will make up the largest element of direct spending (Fitch estimates around 2.4 billion euros). Other direct measures include payments to the self-employed and small businesses affected by Covid-19; pandemic-related health sector costs; in addition to deferrals in tax payments (applicable to personal income tax, VAT and social security contributions). Including the impact from automatic stabilisers, Fitch estimates Lithuania’s headline fiscal balance to deteriorate to a deficit of 12.1 per cent of GDP in 2020, from a surplus of 0.3 per cent of GDP in 2019. Unwinding of some discretionary measures and a rebound in economic activity should shrink the deficit to three per cent of GDP in 2021.

Significant fiscal easing will increase general government debt/GDP to 53.8 per cent in 2020 and 54.9 per cent in 2021 from 36.2 per cent of GDP in 2019. However, Fitch views risks from higher government debt over the short to medium term mitigated by favourable financing conditions supported by ECB measures and improving debt composition. The effective cost of new government borrowing was 0.4 per cent at the end of June, with an average maturity of debt of 9.8 years. Foreign-currency debt will be fully paid off by 2022, after standing at 9.3 per cent of GDP this year. Upcoming debt maturities are manageable, averaging 7.4 per cent of GDP in 2020-2022. Fiscal risks from potential contingent liabilities are low. Government guarantees as of May 2020 were 0.8 per cent of GDP, although Fitch notes that this could increase, given the government’s pandemic response to increase its guarantee limit to five per cent of GDP. Despite the projected rise, Lithuania’s debt ratios will remain slightly below the projected median ratios of ‘A’ category peers (56.3 per cent in 2020 and 59.5 per cent in 2021).

Fitch does not expect upcoming parliamentary elections in October to result in significant deviation from existing policies. These include fighting the shadow economy, reducing income inequality, and investing into improved human capital, the digital economy, strengthening the business environment research and development and climate change. There appears a strong commitment across political parties to policy of fiscal prudence once the Covid-19 shock subsides. A record of deficit reduction over the past decade gives Fitch some confidence that primary fiscal surpluses could be achieved with additional policy measures.

Fitch believes the Lithuanian banking sector is in a much stronger position to withstand an economic shock than it was at the onset of the global financial crisis. Lithuania’s banking sector is highly profitable and well-capitalised, dominated by subsidiaries of Nordic banks. The Tier 1 capital adequacy ratio was high at 18.8 per cent in the third quarter of 2019. Meanwhile, a stable deposit base limits liquidity risks. Nonetheless, economic contraction is expected to lead to a deterioration in asset quality, but from a comfortable base with non-performing loans at 1.2 per cent in 3Q19.

Lithuania scores a maximum of five on the environmental, social, and governance (ESG) scale for both political stability and rights and for the rule of law, institutional and regulatory quality and control of corruption, as is the case for all sovereigns. Theses scores reflect the high weight that the World Bank Governance Indicators (WBGI) have in Fitch’s proprietary sovereign rating model.

Lithuania has a high WBGI ranking at 77.1 percentile, reflecting its long track record of stable and peaceful political transitions, well established rights for participation in the political process, strong institutional capacity, effective rule of law and a low level of corruption.

Emerging Europe must shift towards value-based healthcare
How Bulgaria took the lead in lavender: Elsewhere in emerging Europe
Comment