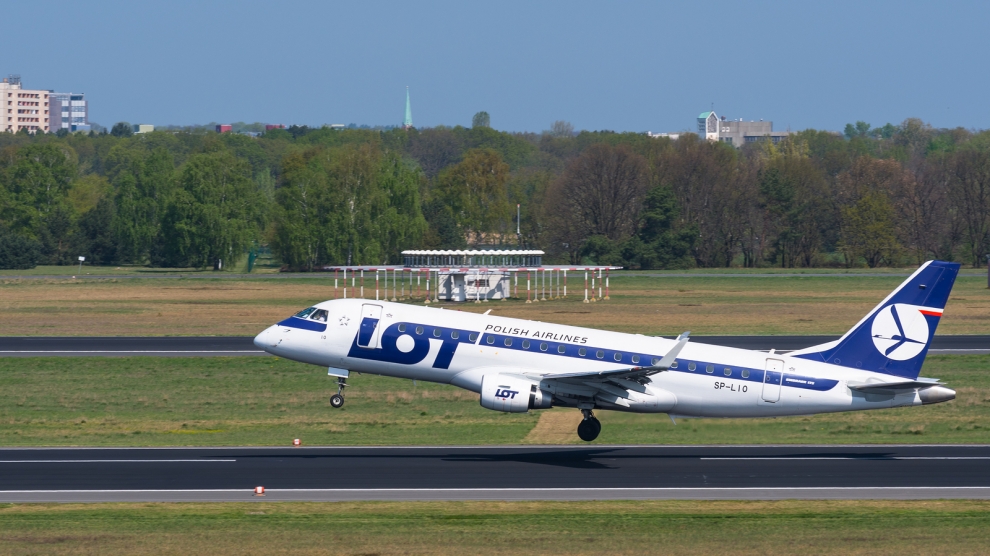 The new flight will provide a considerable boost to the Baltic state, as currently the only airlines connecting Vilnius to London are Wizz Air and Ryanair, which fly to London Luton or London Stansted.

“For passengers between Lithuania and the UK, this new connection is an attractive alternative to the existing offering with flights to Luton and Stansted airports which are much further from central London. In addition, many people with Lithuanian roots live in East London, which makes the new flights even more attractive to them,” added Adrian Kubicki, LOT’s corporate spokesman.

“It’s really an investors’ flight, there are big names we are talking to and negotiating with. It is too expensive for us to keep company presidents waiting outside at 6am. Getting this business flight was imperative,” explained Lithuania’s Minister of Economy Virginijus Sinkevicius.

A special aid mechanism has been set up to pay for the route, which is a first in Europe. According to Mr Masiulis, it has taken two years for the European Commission to allow Lithuania to apply such a mechanism.

Under the new mechanism two Lithuanian ministries, the ministry of economy and ministry of transport and communications, as well as Lithuanian Airports and Invest Lithuania, have a vested interest in the success of the route. If revenues do not cover the airline’s costs, the state will be obliged to compensate the carrier.

“The airline will get paid in full for all flights, so if the plane flies empty, the airline will still be paid. The more seats sold on each flight, the less we’ll have to compensate. If they are full, we won’t have to pay anything,” adds Mr Masiulis.

“This is the first case in the EU when a flight mechanism aimed at attracting business passengers will be supported by the state. We are especially satisfied with implementing the first project of this type with our partners. Over the year, London City Airport serves 4.5 million passengers, most of them from the financial industry. Having comfortable flights to this airport in good time will no doubt increase the flow of business passengers to Lithuania,” explained Aurimas Stikliunas, head of aviation services at Lithuanian Airports.

It is expected that LOT will start selling tickets on the Vilnius-London City route by the end of 2018 with the first flights taking off from Vilnius in May 2019.

“Going forward, Lithuania will not only be the only Baltic state to have a strategically important direct link with one of the world’s largest financial centres, but will serve as a positive model for other member states of the EU,” added Mr Stikliunas

“If the London flights prove successful, a similar mechanism will be applied to other flights. The next routes that Invest Lithuania are asking for are Munich and Paris,” concluded Mr Masiulis.