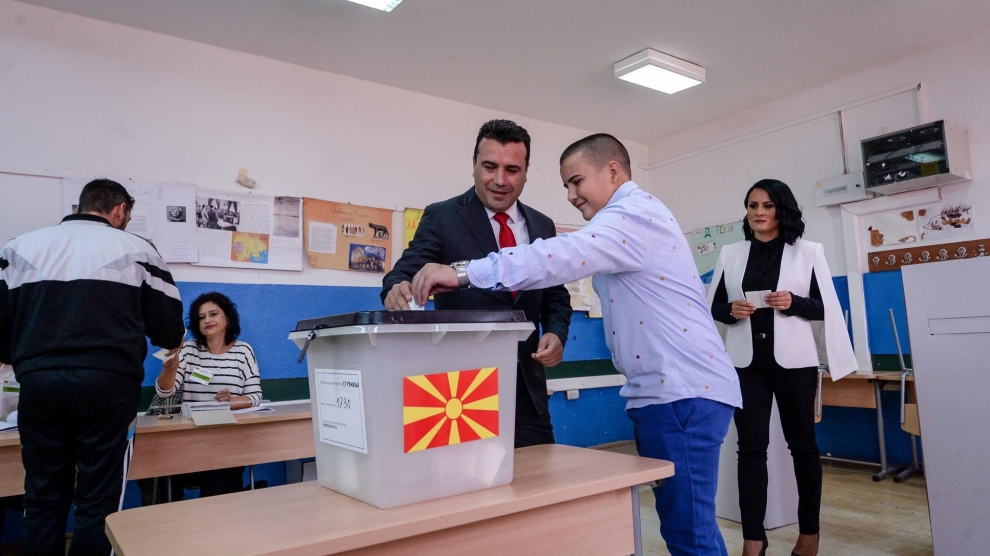 Citizens of the (currently named) Republic of Macedonia are voting today in a referendum that, if passes, will resolve a 25-year long dispute with neighbouring Greece and unlock the country’s path to membership of the European Union (EU) or the North Atlantic Treaty Organisation (NATO).

This, of course, is angering neighbouring Bulgaria, who, even before the collapse of Yugoslavia, has maintained that the so-called ‘Macedonian language’ is not a separate language, rather a dialect of Bulgarian. In 1993, the year in which Macedonia become a member of the United Nations under the provisional name the former Yugoslav Republic of Macedonia (FYROM), the Institute for the Bulgarian Language, part of the Bulgarian Academy of Sciences, issued an official standpoint in which it declared that the ‘Macedonian literary norm’ is one of the three literary standards of the Bulgarian language. As such, Bulgarian state institutions have to this day referred to the language as the ‘Macedonian literary norm’ or ‘the official language of the Republic of Macedonia’.

What has made this referendum even more crucial is the fact that turnout will decide the result’s validity. A turnout of more than 50 per cent would make the result legally valid and ensure smoother implementation of the Prespa deal. For this to happen, of 1,806,000 registered voters, more than 903,000 must come out and vote. At 1pm, turnout was lower than expected – just 15.78 per cent. The highest turnout (at 1pm) was in Skopje city centre, at 26.29 per cent, followed by Skopje’s Karpoš municipality, at 23.97 per cent and Kriva Palanka, near the border with Bulgaria, with 22.36 per cent.

Speaking after voting in the southeastern town of Strumica, Macedonia’s Prime Minister Zoran Zaev (pictured above) urged his fellow countrymen to come out in force to vote. He said he was confident of a strong turnout that would prove citizens of FYROM are in favour of joining NATO and eventually the European Union.

The vote is being monitored by a record number of almost 12,000 domestic monitors and almost 500 accredited international monitors, 197 from the mission of the Organisation for Security Cooperation in Europe (OSCE) in Skopje.

The focus has turned to the turnout of the referendum, rather than the yes/no vote, primarily because the opposition has been running a campaign to boycott the referendum, with a hashtag #бојкотирам (“boycott”) for social media. The opposition is mainly led by the nationalist VMRO-DPMNE party and the country’s president, Gjorge Ivanov, who calls the deal a “flagrant violation of sovereignty.”

It was not just the official name of the country that has angered Greece. In December 2006, the VMRO-DPMNE-led government renamed Skopje’s airport after Alexander the Great, sparking further controversy in the ongoing diplomatic feud. Both countries consider Alexander the Great as part of their respective heritage, demonstrated by the fact that the regional airport of Kavala in Greek Macedonia is also named after Alexander. In February 2018 ‘Alexander the Great’ was dropped from the airport’s name in a move to improve relations with Greece. The airport has since been named ‘Skopje International Airport’.

Council of Europe: Estonia must do more to protect women and older people
Mogherini and Hahn discuss Western Balkans in New York
Comment