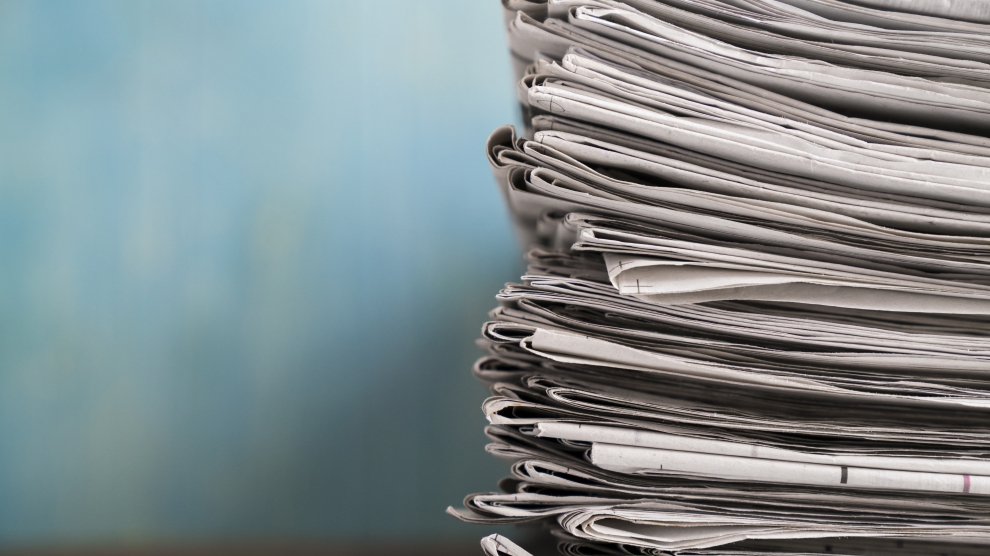 Less than 48 hours after the Hungarian parliamentary elections, comfortably won by the Fidesz party of prime minister Viktor Orbán, the largest conservative newspaper in the country, Magyar Nemzet, announced that it will cease publication due to financial problems. Lánchíd Rádió, the last independent commercial radio station, also announced that it will also stop broadcasting.

While the newspapers financial concerns are clearly real (Magyar Nemzet published an average of only 13,608 daily copies in the fourth quarter of 2017, one third of what it was publishing before February 2015), the National Association of Hungarian Journalists (MÚOSZ) is worried about the fate of the whole Hungarian press.

“April 10 is another black day for Hungarian press freedom,” read a statement from MÚOSZ’s presidency. “The non-governmental media space has shrunk and this drastic step is a message not only to journalists and editors who work conscientiously, but also to the people who want to exercise their constitutional right to access free information: anybody’s job can be taken away, anybody can be dispossessed of the opportunity of access to non- manipulated information”.

Magyar Nemzet had been around for 80 years and had been through a number of high-profile political storms. It was Magyar Nemzet which in 2006 published a secret recorded conversation in which the newly elected Socialist prime minister Péter Medgyessy confessed to having lied to the electorate. And yet the newspaper continued to operate free of state interference.

But Mr Orbán is not Mr Medgyessy. In 2002, during the first Orbán administration, Magyar Nemzet was funded by the state while other liberal publications such as Kurír and Magyar Narancs were shut down. The newspaper’s revenue had been growing until 2015, when Lajos Simicska, the owner of the newspaper and a high school and college roommate of Mr Orbán, broke with the government, accusing the prime minister of wanting to shut down independent media via the imposition of new taxes. Consequentially, the publisher’s sales revenue dropped to 2,225 billion forints in 2016, from 3.1 billion in 2015. Furthermore, Mr Simicska’s companies began to lose out on all the public procurement contracts he submitted tenders for (including the construction of the M4 motorway).

Changes may also be on the horizon for HírTV, as well as the weekly Heti Válasz – Mr Simicska, who owns both, has confirmed that he is looking for new investors. First in the line is Péter Ungár, the 26 year old son of Fidesz court historian Mária Schmidt, one of Mr Orbán’s most vocal supporters.

“We truly hope that this absurd world will come to an end and that the victorious Fidesz will return to a state of normalcy,” said Gábor Borókai, editor-in-chief of Heti Válasz.