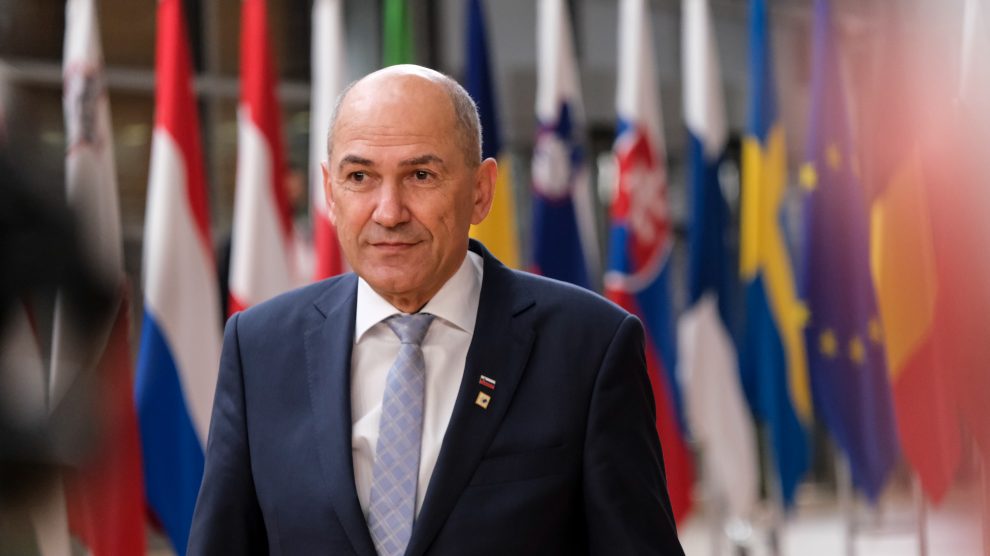 Prime Minister Janez Janša of Slovenia, which will take on the European Union’s rotating presidency next month, is using what press freedom groups call ‘Trumpian’ tactics.

Mladić verdict highlights limits of justice in the Western Balkans

The United Nations Special Adviser on Prevention of Genocide has warned of increasing genocide denial in the Balkans.

In April, the White House recognised the Armenian genocide, marking a milestone in Armenian foreign policy. The Armenian Ministry of Foreign Affairs lists genocide recognition as one of its major policy priorities, and Armenians around the world have long lobbied the international community for this end. Now, the big question facing Armenia and Armenians, including those in the diaspora, is where to go next.

Armenia’s elections: Democracy and security on the ballot

Last year, international banks helped Belarus issue state bonds worth 1.25 billion US dollars in London. In doing so, they came into potential conflict with their own ethical conduct policies and an increasingly sensitive investment climate.

The Caucasus region must choose between conflict or connectivity

The Caucasus is entering into a more dynamic phase, one which presents both opportunities and complex challenges for expanding connectivity projects in the region and well beyond.

A journalist died over a soccer feud. Or was there a more sinister state plot involved?

In Azerbaijan, where an authoritarian president menaces the media and seeks to burnish his nation’s image with sports, an outspoken reporter was physically attacked because of his Facebook post about soccer. Did he die for what he wrote? Or for what he represented?

Transforming crises into opportunities in the Aral Sea region

For thousands of years, the Aral Sea was one of Earth’s largest inland bodies of water, straddling what is now Kazakhstan and Uzbekistan. The name roughly translates as “Sea of Islands,” referring to more than a thousand islands along which fishermen would sail, bringing bounties of fish to markets along its shores. Now, despite nearly 50 years of discussions on how to save it, its people and the regional economy, less than five percent of the sea’s former glory remains and local livelihoods are increasingly harsh and unsustainable.

Signed on June 17, 1991, the Treaty of Good Neighbourship and Friendly Cooperation was a milestone in the history of Poland and Germany.

Could this be the most inclusive school in the world?

‘Every child is unique and their learning path differs. We’re all unique, including children. Some need more support and attention. This school provides it’, says Tiina Keskula, a parent of a child in Pärnu Kuninga Tänava Põhikool, Estonia.

In 1974, when the Columbo episodes for that season ran out, Romanians protested, and the Romanian government reached out to Peter Falk himself to try to stem the uprising.

Travel to Soviet-era Tajikistan with the archive celebrating women

@backintime.tj has everything you might expect from a Soviet-era archive: photos of men and women at work or relaxing alongside images of Soviet high rises, mosaics, and Dushanbe’s big boulevards. Only this is no ordinary time machine: @backintime.tj sees citizens sunning themselves by lakes, female athletes standing proud at military parades, hula hoop photoshoots, and harp lessons.