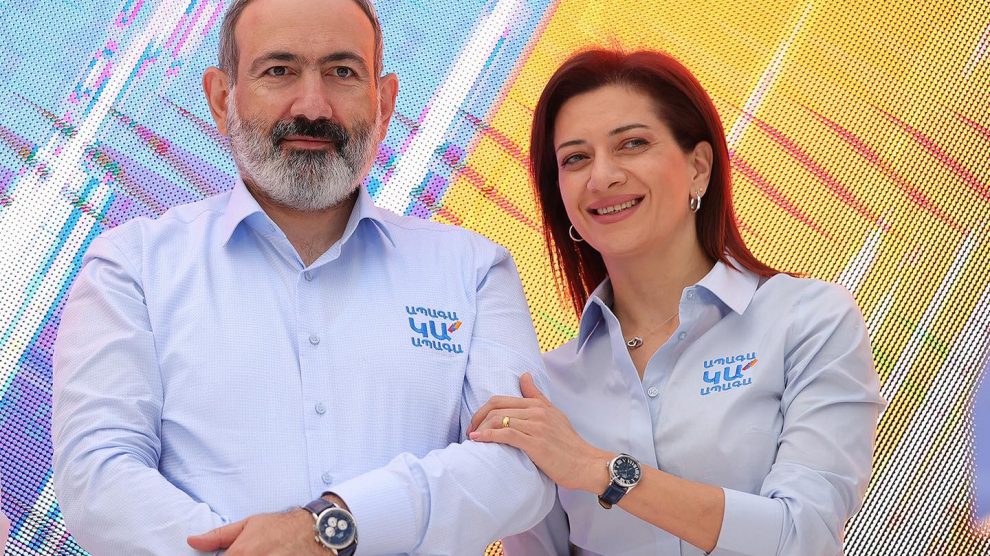 The Civil Contract party of Armenian Prime Minister Nikol Pashinyan has won a landslide victory in a parliamentary election.

Nikol Pashinyan’s gamble appears to have paid off.

The Armenian prime minister, under pressure ever since he signed a chastening ceasefire agreement with Azerbaijan in November in order to end fighting in the disputed region of Nagorno-Karabakh, has been reelected by a wide margin in a snap parliamentary election.

Pashinyan’s Civil Contract party won more than 54 per cent of the vote in the June 20 election, with the Armenia Alliance of former president Robert Kocharyan a distant second at just under 21 per cent. Civil Contract will take at least 71 seats in the 105-seat parliament, and the Armenia Alliance 29. Just one other party, the I Have Honour Alliance, will enter parliament, with five seats.

Pashinyan called the election in March following months of street protests that followed the defeat to Azerbaijan, in which Armenia lost much of the territory in Nagorno-Karabakh it had held since 1994.

The prime minister was directly accused of mishandling the conflict and failing to adequately prepare the Armenian military for war.

Spearheaded by the Homeland Salvation Movement, the protests demanded the resignation of the beleaguered Pashinyan, who in March was forced to comply following the publication of an open letter by 40 high-ranking military officers in support of the demonstrators.

Pashinyan had argued that he had no choice but to agree to the Moscow-brokered peace deal however in order to prevent further human and territorial losses, despite conceding that the peace agreement was a “disaster”.

His position now appears to have been strengthened, not least as turnout in the election, despite stifling heat, was over 50 per cent in what was Armenia’s third parliamentary election in four years.

“We have won a convincing victory in these elections and we will have a convincing majority in parliament,” he added.