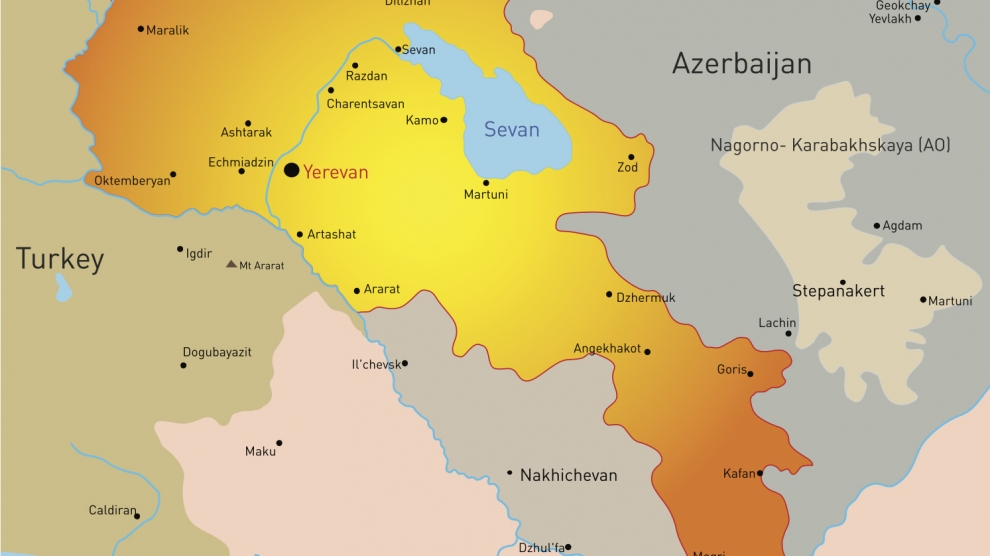 The government of Armenia has set up the Meghri Free Economic Zone, close to its border with the Islamic Republic of Iran. The project, managed by the Ministry of Economic Development and Investments, aims to increase export-oriented production in Armenia and to attract more investors. This will be thanks to a preferential trade regime with the European Union and its being a member of the Eurasian Economic Union (EEU) on one hand, and a common border with Iran, on the other.

The construction of the free economic zone will be done step-by-step, says the Ministry of Economic Development and Investments’ press release. “The first stage will be the construction of the Meghri customs’ area, providing the main production and storage areas, which will allow the products produced in the zone to enter more competitive markets, in particular the Iranian one.” It will then become a platform for strengthening West-East and North-South relations.

The new free economic zone (FEZ) will be the third one in the country. The first two FEZs were established after 2011, when the country adopted a law, which allows both the government and private investors to take the lead. The first FEZ is situated close to the airport and is dedicated to agriculture and jewellery. The second one, called Mars, is an R&D centre for telecommunication systems and information maintenance, helping foreign IT companies that are developing innovative projects.

Both Armenian FEZs allow the export of any kind of goods, without restrictions, to international markets and the Armenian tax legislation grants exemptions from profit tax, income tax, property taxes, VAT and customs duty payment obligations to companies operating within the FEZs.

According to the Ministry, the main goal of the new FEZ is to attract global business and foreign investment. The government also expects to improve its business environment with the creation of more than 2,500 new jobs, divided into 120 planned companies, with an average annual export of $80-100 million. This is a challenging objective if we consider the current average export which amounts to $1,4 billion per annum.