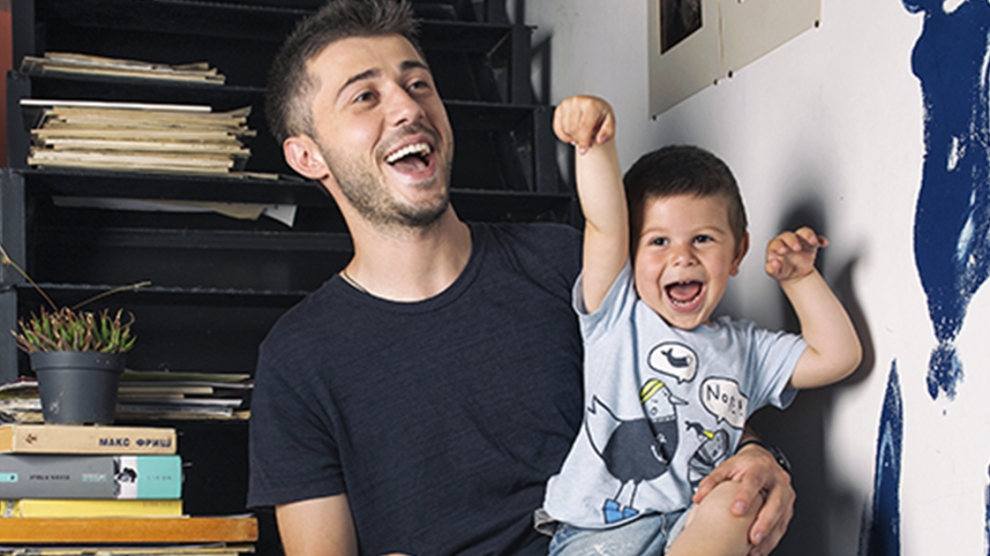 MenCare was a hugely popular winner of Emerging Europe’s Equality-Friendly Initiative Award for 2018. The campaign was launched in 2016 by the United Nations Population Fund (UNFPA) Georgia and We Care. The MenCare initiative aims to break the stereotype that the family, its health and well-being is a woman’s responsibility and to raise awareness about the importance of fatherhood and male involvement in family life. The campaign is based on a study; Men and Gender Relations in Georgia, conducted by UNFPA Georgia in 2014.

“The MenCare initiative aims to take part in an active public discussion about the issue of gender equality and in particular about male engagement and male involvement in everyday family matters and society in general. Georgia is a patriarchal society where men benefit from various stereotypes, norms and traditions,” adds Ms Matcharashvili.

Breaking down stereotypes is a huge challenge for MenCare, as it is not only about changing mindsets but also changing Georgian culture.

“But we can see visible changes,” says Ms Matcharashvili. “If you go out to parks and recreational areas you will see many fathers pushing their children in strollers, playing with them, taking care of them. The discussion about male involvement has become part of ordinary daily discourse, taboos are being challenged and more men are admitting to the importance of their engagement. The media frequently invites MenCare and/or other representatives of civil society to discuss the matter and is dedicating more airtime to the issue.”

“The biggest challenge was finding the right tone of voice to tackle the issue. Georgia is a patriarchal society, therefore stressing the wrong effects of norms and traditions could have fuelled negative feelings and sentiments. So instead we decided to show Georgian men good examples of fatherhood and male involvement. To do this we invited representatives of all social clusters to join the campaign, including athletes, politicians, clergy, TV stars and so on. All of them participated in their own way (recording videos, writing blogposts, participating in a talk shows) but united under one umbrella – to underline the importance and positive effects of male involvement.”

According to Ms Matcharashvili, young men in Georgia are now more actively discussing the issue of gender equality. Taboos are gone and a lot of young men agree that their involvement is highly important for the overall wellbeing of Georgian society.

However while there has been progress, much work still needs to be done.

“The biggest acceptance of gender equality is of course found amongst Georgia’s new generation. Young couples live in a harmonious and equal environment where roles are evenly split. When it comes to older generations that have been raised with traditions and unwritten cultural norms the picture is different,” says Ms Matcharashvili.

Engaging and encouraging men to become better care givers is one thing that MenCare is actively working to do. Several initiatives have been implemented to further develop and advance equality between women and men in Georgia. Ms Matcharashvili tells us about just one of these:

“Men Talking to Men is a unique methodology where we invite local men to participate in a full-day seminar attended only by men, where they may openly talk about gender equality and other related issues. We run a blog where fathers write letters to their children and vice versa, and where some fathers write diaries documenting the first weeks following the birth of children. We also started celebrating Father’s Day in 2016, and the celebration has grown annually. In 2016 we created a reality show Fathers – where famous fathers were given a simple challenge – to take care of their children for one day without any involvement from their partners. We hold public book readings where we invite famous Georgian writers to read their books to children and talk about gender equality to their fathers. In 2017 we published the first ever Georgian fairy tale touching upon the issue of gender equality. Many Georgian men send us their pictures and stories of their daily experiences with children that we publish on our Facebook page or blog.”

The formula to MenCare’s success appears to be the way that it provides positive reinforcement: it is very easy for society to tell someone that they are doing something wrong, but to truly celebrate or give positive support in many ways is a challenge, not only for Georgia, but the world.

“I believe the formula of our success lies in the choice we made about the tone of voice. We could have started our campaign with messages that could have made the situation worse,” says Ms Matcharashvili. “Instead, we chose a more positive way to encourage men to get involved by showing them good examples from both Georgia and abroad, by giving them advice on how to do little things that have a huge impact, and simply by celebrating fatherhood.”

Tough love as a recipe for Europeanisation in the Western Balkans