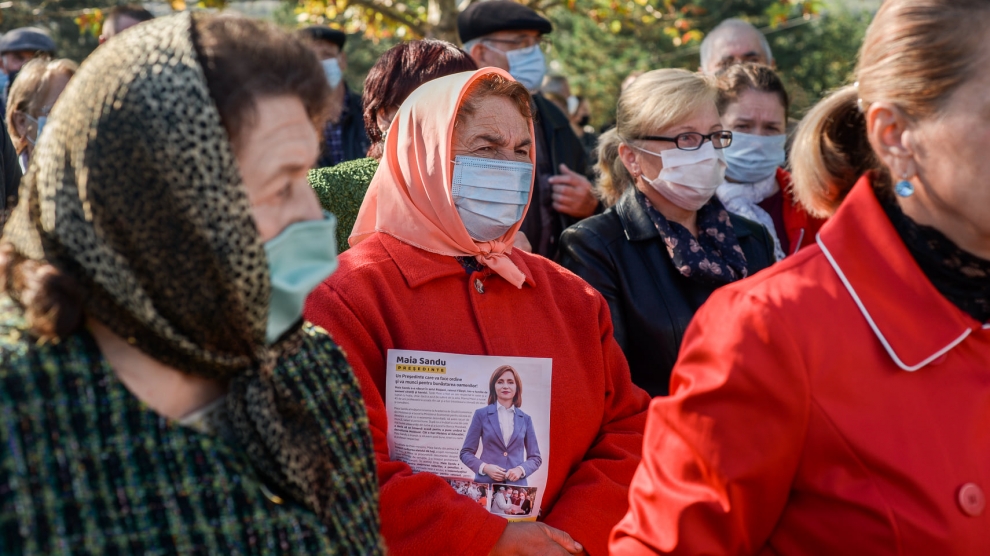 Just a few days before Moldova votes in a presidential election, United Nations Moldova has published and developed a Covid-19 response and recovery plan for the country, which calls for expanded basic services, social protections, and access to digital, citizen-driven social services for vulnerable people.

The United Nations Development Programme (UNDP) – one of the 23 agencies contributing to the development of the plan – recently finalised the assessment of immediate, medium-term, and long-term impacts of the pandemic on Moldova, with recommendations as to how to country’s government may address them. Moldova’s economic output is expected to fall 6.7 per cent this year, before recovering to 0.2 per cent growth in 2021, according to World Bank forecasts.

“What we see is that a return to the pre-Covid normalcy is neither possible nor desirable,” says UNDP Resident Representative for the Republic of Moldova Dima Al-Khatib.

“The linkages between health and the environment are clear, as is the need to bridge lessons learnt from this crisis to the climate crisis. Building forward better will require major investments in primary health care and education, expanded access to information and more inclusive social services, support for civil society, and broader engagement with the private sector—with a special focus on women, children, migrants, the elderly, the poor, and other vulnerable groups.”

Vulnerable communities stand to benefit most from more democratic, transparent, and accountable governance, including secure internet voting systems accessible both to Moldovans inside the country and to an estimated one million Moldovans living abroad. The UNDP is also working with partners toward the digitisation of public and administrative services, including citizen e-participation, e-data, e-learning, and a digital economy.

“These e-tools enhance the transparency and accountability of public institutions and provide better access to citizens to participate in decision-making, contribute to the development of people-centred services, and ensure government transparency and efficiency,” says Al-Khatib.

Moldova’s presidential election, the first round of which is set to take place on November 1, is likely to once again set up a battle between Igor Dodon, backed by the Socialist party (PSRM), and Maia Sandu of the Action and Solidarity party (PAS). Mr Dodon, the incumbent, beat Sandu, a former prime minister, in a run-off in November 2016. While there are several other candidates on the ballot paper, including Andrei Năstase, a former interior minister, few analysts give them much chance of making the second round.

“Moldova is at a crossroads. It either becomes a functional state with competent leadership – or it becomes a failed state,” Ms Sandu said in an interview with Euronews earlier this week.

“A functional state means, first of all, a state which stops corruption and a state which encourages businesses and in turn businesses create jobs, pay pensions and salaries. It is this simple. And this is what all Moldovans want. For instance, (currently) one third of Moldovan businesses are on the verge of bankruptcy because the current authorities haven’t been helping the economy at all. Most pensioners receive a pension which is below the poverty line. And these are the issues that all the people feel, regardless of their geopolitical preferences.”

Ms Sandu is often characterised, somewhat simplistically, as a pro-European candidate, while Mr Dodon is portrayed as pro-Russian.

“We need a president who is going to defend Moldova’s national interests, regardless of whether this is in relations with Russia, or in relations with other countries,” says Sandu, who nevertheless makes no secret of her desire for EU integration and closer ties with Moldova’s neighbours, Romania and Ukraine.

Last week, in a public show of support for Mr Dodon, the head of the Russian Foreign Intelligence Service, Sergey Naryshkin, accused the United States of preparing a Ukraine-style “coloured revolution” in Moldova.

“The Americans are preparing a ‘revolutionary’ scenario for Moldova. They are not satisfied with the current head of state, Igor Dodon, who maintains constructive relations with CIS countries, including Russia,” Nariskin said.

The latest opinion polls predict a narrow win for Sandu in a second round run-off, but polls are notoriously unreliable in Moldova and Sandu is taking little for granted. She has already warned of a Belarus-type scenario after the election should there be evidence of vote rigging, with the potential for civil unrest and street protests.

“We want free and fair elections. This is what we keep telling the authorities. The problem is that the incumbent president knows that he cannot win a second mandate in free and fair elections, because by now, people see that he’s corrupt, that he’s lying and that he’s incompetent. So he is trying to rig the elections. We have been sending these strong messages to prevent him from doing that. But in case he pursues his plans, we are warning him that people will go to the streets, because this is what people tell us.”