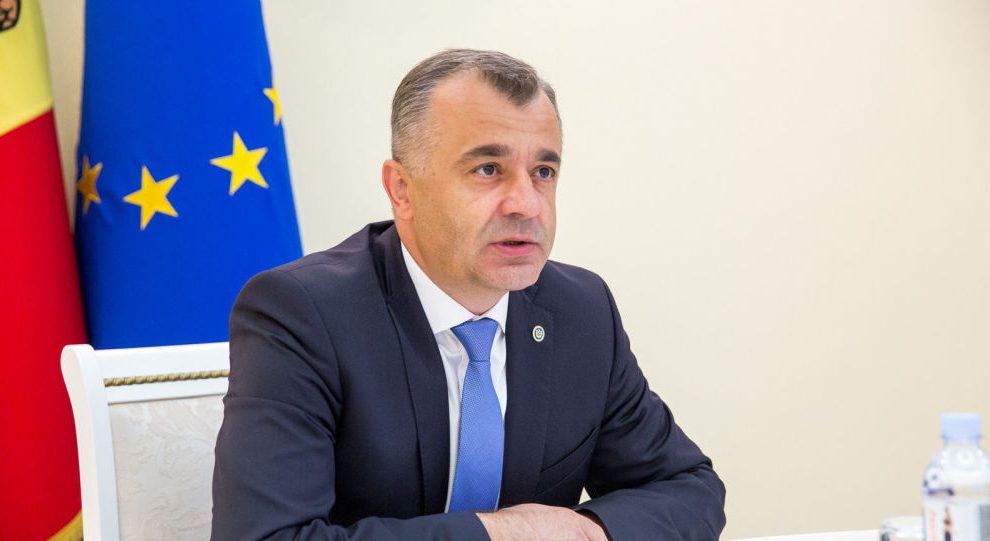 Moldova looks set for a snap election early next year following the resignation of the country’s prime minister.

Moldova’s prime minister, Ion Chicu (pictured above), has resigned just hours before the country’s parliament was due to vote on a no-confidence motion.

Mr Chicu made the announcement at a press conference organised by Igor Dodon, Moldova’s outgoing president, on December 23: the last day of his mandate.

Maia Sandu, who defeated Dodon in a presidential election last month, takes over as president on December 24, and is likely to seek an early election.

In office just a year

The Harvard-educated Ms Sandu, erstwhile leader of the Action and Solidarity party (PAS), won 57 per cent of the vote in a run-off against Mr Dodon, officially independent but backed by the Socialist party (PSRM), on November 15.

Moldova is currently ruled by a coalition of two centre-left parties, the PSRM and the Democratic party, formerly led by the oligarch Vlad Plahotniuc, who is currently fighting extradition to Moldova from the US on corruption charges. The ruling coalition – which took office in November 2019 – could count on just 51 MPs out of 101.

Igor Grosu, who took over as leader of PAS following Ms Sandu’s election victory, said shortly after Mr Chicu’s resignation that a new government “was not an option”.

“A new government would delay the election of a new parliament,” he said. “People want an election, and we should respect that.”

Earlier this month, tens of thousands protesters took to the streets of the Moldovan capital Chișinău to demand early elections after lawmakers passed a bill transferring control of the country’s intelligence agency from the president to parliament.

Even Mr Dodon, who has hitherto resisted calls for an early election so as not to threaten the PSRM’s status as the largest party in parliament, now appears to be resigned to a snap poll.

“From tomorrow onwards, what happens in Moldova is entirely the responsibility of the president-elect. She can either name a new prime minister or negotiate a path that leads to a new election. The PSRM is ready for such negotiations,” said the outgoing president.

While Ms Sandu is obliged by the constitution to nominate a new PM, she can dissolve parliament if it twice fails to back a new executive.

In 2020, Covid-19 hit internet freedom
Is it fish, or visas for Eastern Europeans that are holding up Brexit talks?
Comment