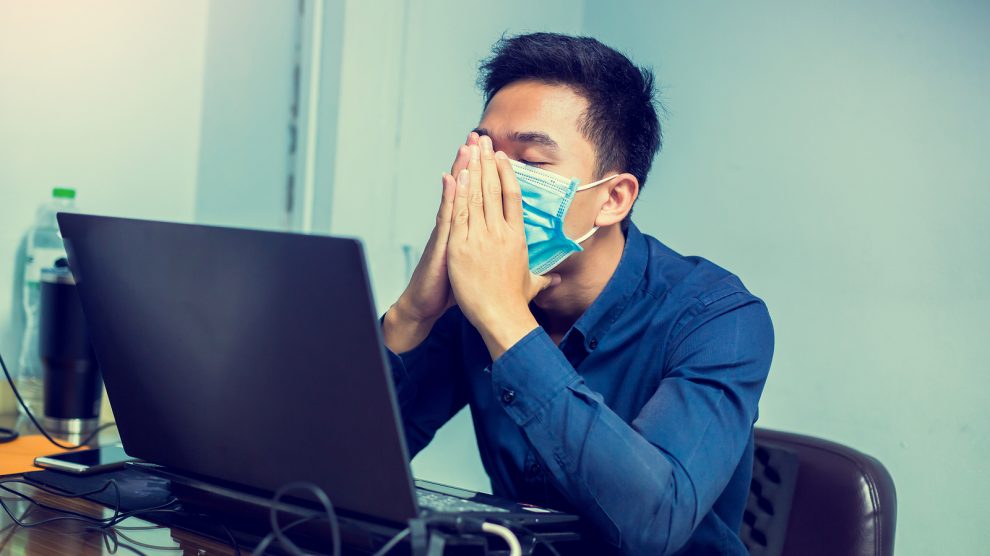 Covid-19 has allowed governments with authoritarian tendencies to increase their control over the internet.

The latest Freedom on the Net report, published by human rights watchdog Freedom House, highlights the accelerated deterioration of internet freedom amidst the Covid-19 pandemic.

The countries of emerging Europe included in the study (many of those in the EU are excluded) broadly follow this trend, but there are some outliers.

This year’s report assesses and ranks 65 states worldwide based on their levels of internet freedom by looking at the obstacles to accessing the internet (including governmental and socio-economic), limits on content, and violations of user rights (such as repercussions for online activity and limitations to privacy).

Hungary and Estonia are among the five EU countries which were monitored for the study, but their performance is somewhat contrasting.

While the Hungarian internet remains “Free”, with a score of 71 the country is the second-worst performer in the category, ahead of just South Africa. Some of the problematic instances on which this ranking was based include online users facing legal consequences for criticising governmental policies, and the introduction of a new law addressing the spread of false information as part of the country’s Covid-19 emergency provisions introduced this March, which allows for a sanctions of up to five years in prison.

Estonia, on the other hand, is among a handful of countries investigated by the report where “no internet controls” were observed, scoring 94, the second-best score after Iceland, and ahead of Canada and Germany.

In Ukraine, the internet is still ranked as “Partially Free”, but its score of 60 is five points higher than that recorded last year, the biggest improvement in emerging Europe and amongst the biggest in the world.

This is can be explained by the fact that for the first time this year’s report excludes the Eastern Donbas area, which is de-facto under Russian governmental control, where the internet has been described as “Not Free”.

The report also notes a positive change in Ukraine that is unrelated to the contested region. These include the removal of telecommunications licensing requirements (typically seen as a catalyst for corruption), while also largely doing away with the previously common practice of administrative website blockage. Nonetheless, the country has been criticised for extending sanctions on a number of Russian-owned technological companies.

Azerbaijan and Belarus are the two Eastern European countries included in the study where the internet is “Not Free”, both scoring 38, although both countries score higher than Turkey and Russia.

The disruptions to internet connections imposed by the authorities in Belarus as a response to the protests that followed a rigged presidential election in August made news worldwide, but similar incidents are not a rarity for the country.

Earlier in the year a web page based in the city of Bobruisk was intimidated into removing an interview with a nurse who spoke of the working conditions for medical professionals and the issues with Covid-19 testing in the country. Meanwhile, online Covid-19 statistics contradicting those published by the government have also been removed, according to the Freedom House report.

Azerbaijan’s “prohibited information” list controlling what is and is not allowed to be seen online was further expanded this year to include all topics that could have “socially dangerous consequences.” Based on the newly introduces limitations, a journalist was arrested for an online post about the social and economic consequences the ongoing pandemic has had on the country.

Neighbouring Armenia and Georgia, however, are both classified as having a “Free” internet. Georgia’s internet freedom has been scored as 76, the same as Italy and Armenia’s as 75, which is the same as the United States.

In Central Asia, Kyrgyzstan remains the only country with “Partially Free” internet and has been given a score of 56, but the country also experienced the biggest annual decline and the fifth biggest five-year decline in freedom amongst all 65 countries included in the report.

Some of the concerning incidents that were recorded include the taking down of a website belonging to journalists investigating a corruption-ring and the draconian campaign against those knowingly spreading “false news” in regard to Covid-19.

The other two countries in Central Asia included in the report, Kazakhstan and Uzbekistan, were both found to have an internet which is “Not Free.” Kazakhstan’s score of 32 is worse than that ascribed to Turkey but higher than Russia’s. With a score of 27, Uzbekistan is, overall, the worst performer in the region.

Kazakhstan has additionally cracked down on internet freedom this month, which many have seen as a preparation for its upcoming legislative elections at the beginning of January. Named after the country’s long-time leader, the Cyber ​​Security Nur Sultan-2020 is a certificate authority that can redirect users to other websites and read information exchanges between users. This online enterprise was supposedly aimed at preventing cyberattacks, but regional experts see it as a tool for monitoring the growing sentiments against the ruling government.

Overall, the Covid-19 pandemic appears to have had a particularly negative effect on internet freedom in countries with previous authoritarian tendencies.

However, for some of those with “Free” internet access, and a number of other emerging European countries that were excluded from the research, the key obstacle to internet freedom does not come in the form of direct oppression from the government, but in the form of socio-economic hurdles to accessing and taking a full advantage of the internet.