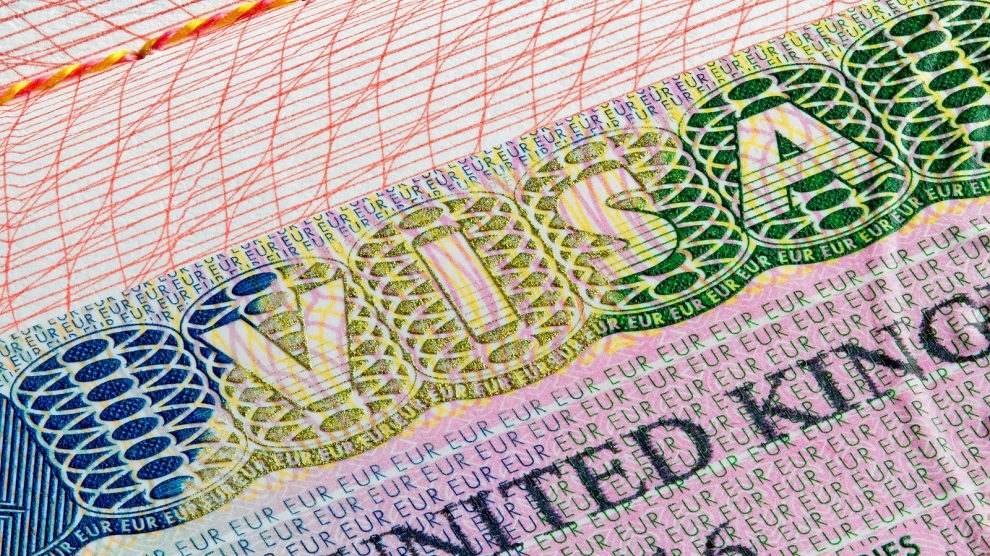 Something smells fishy in Brussels, and it’s not just the cod, mackerel and herring that are ostensibly holding up Brexit trade talks. Could the real blockage be a UK wish to impose visa restrictions on some EU citizens?

With just over a week left until the end of the Brexit transition period the European Union and UK government have yet to agree a trade deal that will ensure the continued, seamless flow of goods from Britain to the EU, threatening a no-deal exit that will add to the current difficulties caused by the mutant coronavirus strain.

But while the attention has been placed on the negotiation of fishing rights, it emerged on December 22 that other factors were also holding up a deal, including a clause that would prevent the UK from treating some EU citizens differently to others.

In a series of tweets, Irish journalist Tony Connelly, RTE’s Europe editor, suggested that alongside fish, other outstanding areas still not resolved include rules of origin for electric batteries; UK participation in Erasmus; and an EU demand for a non-discrimination clause.

“This would mean that the UK cannot discriminate against any member state. It’s been incorporated into social security cooperation, but not into the sphere of short-term visas. This is a non-negotiable element for the EU, I’m told,” wrote Connelly.

“In particular there is a concern that, say, Romanian citizens would be given worse treatment compared to other member states when it came to short-term visas,” he added.

There are almost certainly members of the UK government – and the ruling Conservative party at large – who would wish to impose visa restrictions on citizens of some European Union countries (including Romania and probably Bulgaria) at the earliest opportunity, something the EU is keen to avoid.

It is highly unlikely that the European Parliament would sanction any trade deal that allowed for discrimination, given its stance over US visas for some EU citizens.

Bulgarian, Croatian, Cypriot and Romanian citizens still need a visa to enter the US, and in October the European Parliament passed a motion urging the European Commission to suspend the visa waiver scheme for US nationals until it offers full reciprocity to all EU citizens.

The UK government’s immigration policies have historically discriminated against less wealthy and non-white majority countries, according to Nelli Shevchenko, head of immigration at Taylor Hampton Solicitors.

“For example, the current UK short-term Youth Mobility visa, which was initially known as the Working Holidaymaker Scheme, was designed for young Commonwealth nationals to come to the UK for a short period of two years and to stay and work here. Interestingly, the scheme did not cover all Commonwealth countries, but rather only wealthy and predominantly white nationalities, such as Australia, New Zealand and Canada,” she tells Emerging Europe.

“The current visa scheme was widened to include South Korea, Taiwan, Japan, Hong Kong and Monaco. However, the latter only receive 1,000 places each year per country, whilst Australia, for example, still has 30,000 places and New Zealand 13,000 places. There is no other obvious reason for this different treatment except for nationality, and it is a clear example of discriminatory treatment against other countries embedded into the UK’s immigration rules.”

Shevchenko adds that following Brexit, there were proposals to include EU nationals in the current Youth Mobility visa scheme, and that it would therefore be “unsurprising” if the UK government intends to open this short-term visa route only to wealthier EU member states, thereby excluding the latest additions to the EU from less wealthy Eastern European countries, such as Romania, Bulgaria and Croatia.

“Earlier this year, following a legal challenge, the Home Office was already forced to stop using a ‘racist’ computer algorithm that helped decide visa applications. It is important for the EU to not allow the Home Office to continue with discrimination against certain nationalities. Eastern European talent and its workforce has been a large contributor to the UK’s economic growth and discrimination against them would harm both the UK and those countries.“

The UK has been given a preview of the levels of chaos a no-deal exit would cause in recent days owing to the closure of the French border with the UK, preventing all traffic – including freight – from leaving Britain. The closure followed the discovery of a new strain of coronavirus in the south east of England, believed to be more contagious than previous mutations.

Although the border reopened early on December 23 to passengers who can present a negative Covid-19 test, about 4,000 lorries, and thousands more small vans, are still waiting to cross the Channel, with food transport firms warning that potential disruption levels ranged between “a shambles and a catastrophe” just as January and the end of Brexit transition looms.

The backlog is likely to take several days to clear.

Threat to health and social care

Earlier this week, the Nuffield Trust, an independent healthcare think tank, issued a report that suggested a no-deal exit would put the UK’s health and care system at risk.

The social care sector in particular will find itself “blocked from recruiting staff from the EU because of a new unilateral migration policy, exacerbating dire workforce shortages” when the Brexit transition period expires, according to the report.

It stated that the impact of the coronavirus crisis had already “dramatically slowed” migration.

Late on December 22, the president of the European Commission Ursula von der Leyen took personal control of Brexit negotiations in an attempt to strike a deal before Christmas as talks went to the wire.