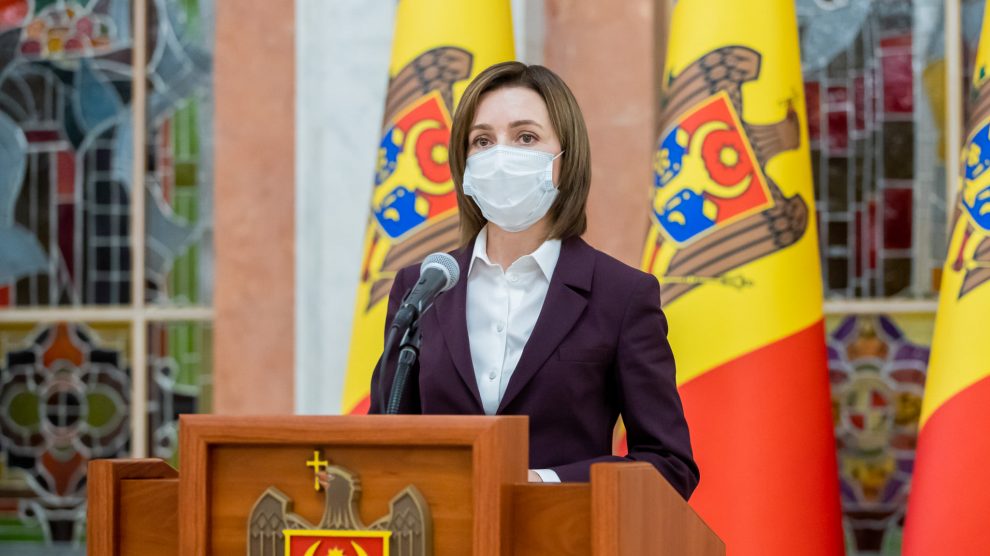 Moldova’s top court strikes a blow to President Maia Sandu’s hopes of dissolving parliament and calling a parliamentary election, deepening the political crisis in a country that has been without a government since December.

Moldova’s political crisis deepened on February 23 when the country’s top court ruled that the president, Maia Sandu, had acted unconstitutionally by twice nominating Natalia Gavriliță, a former finance minister, to be the country’s next prime minister.

The court said in its reasoning that Sandu should have accepted a proposal from 54 MPs (primarily from the Socialist party; PSRM) to instead nominate Mariana Durleșteanu, a former Moldovan ambassador to the UK.

Sandu has twice nominated Gavriliță, who has little hope of forming a government that would gain the support of a majority of Moldova’s 101 MPs, in order to force an early election. Sandu can dissolve parliament if it twice fails to approve a new executive.

According to the court’s ruling, Sandu is now obliged to organise a new round of formal consultations with Moldova’s parliamentary parties. If the PSRM and its allies again put forward Durleșteanu as prime minister (or anyone else who can command a majority in parliament), she will be forced to accept the proposal. Not doing so could see her suspended.

In a televised statement, however, Sandu appeared to suggest that she will stand her ground.

“I have said repeatedly that the only way for Moldova to move forward is to organise new parliamentary elections,” she said.

“I have promised the people that I will reform this country, reform the justice system, and fight corruption. That is why they voted for me. I call on all of those MPs who have not been bought by mafia clans to show courage: the courage to realise that we need a new election, because nothing good can ever come from the current parliament.”

Moldova has been without a prime minister since Ion Chicu resigned on December 23 last year, just hours before parliament was due to vote on a no-confidence motion, and only a day before Sandu took office.

The Harvard-educated Ms Sandu, erstwhile leader of the Action and Solidarity party (PAS), defeated the incumbent president Igor Dodon, backed by the PSRM, in a presidential election on November 15.

Chicu’s government was a shaky coalition of two centre-left parties, the PSRM and the Democratic party, formerly led by the oligarch Vlad Plahotniuc, who is currently fighting extradition to Moldova from the US on corruption charges. The coalition – which took office in November 2019 – could count on the support of just 51 MPs.

PAS has just 15 seats, although the latest opinion poll, released on February 22, suggests that it would be close to gaining an outright majority should an election be held, with support at an all-time high of 48.6 per cent.

Moldova is not however scheduled to hold another parliamentary election until 2023, hence Ms Sandu’s desire to dissolve parliament and call an early vote.