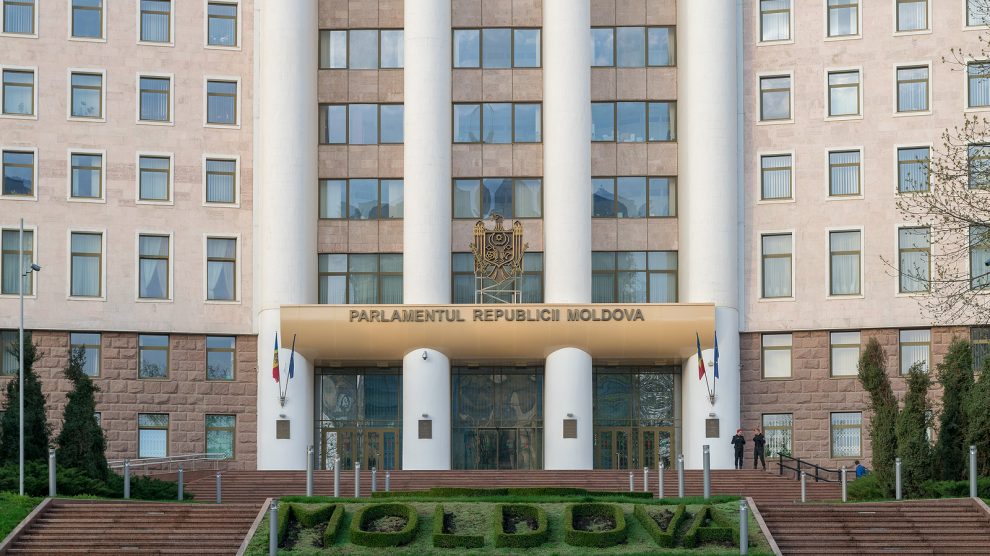 Since the reforming president Maia Sandu assumed office in Moldova in December 2020, the outgoing Socialist party, and its leader Igor N. Dodon, have been attempting to consolidate control of the public sector with increasingly desperate measures.

Over the last decade, the Republic of Moldova’s attempts to implement reform have disappointed – again and again.

The constitutional crisis of 2019, and the ousting of Vladimir Plahotniuc’s Democratic party, provided a window of hope for Moldovan society and, especially, for the justice system – which has been a subject of sustained concern for both the European Union and the US.

When Maia Sandu assumed the position of prime minister on June 8, 2019, I recognised that the now president’s real belief is in rule of law. Ending political influence over the media, judiciary and business have always been Sandu’s raison d’être.

It was this commitment to make a change, and opposition to the unconstitutional appointment of Alexandru Stoianoglo to the powerful position of prosecutor general which led Sandu to lose her position as prime minister on November 14, 2019, after serving only 219 days in office.

Sandu is a fearless politician, who was not shaken by these events, and fought on—to defeat the Socialist party’s (PSRM) Igor Dodon in the 2020 presidential election.

In order to support Moldova’s first female president, we need Europe’s help to tackle endemic corruption which blights both the judiciary and the public sector, or we risk a replay of the 2019 no-confidence vote which saw Sandu dismissed from office, for daring to interfere in Moldova’s most lucrative appointment. I refer to that of Prosecutor General Stoianoglo.

Since the defeat of Dodon, the outgoing government has engaged in absolutely brazen attempts to ensure it retains power over the country silently — first attempting to amend legislation which provided the president control over the security services, and conferring authority to the parliament instead of the president.

The amendment of four additional laws, including a proposal which would have dramatically reduced the National Integrity Authority’s (ANIs) ability to investigate the assets of politically exposed persons’ (PEPs), led to public outrage. As the ANI itself stated, such a law would, “undermine the strengthening of the control mechanism of assets and interests, as well as the efficiency of the ANI’s activity”.

These actions sparked protests in Chișinău, and the outgoing PSRM were forced to backtrack—but it’s important to underscore what this act said about the state of politics and the law in Moldova.

The PSRM, which enjoys close ties to the Russian Federation, and which has ruled for the last few years in a generally authoritarian manner, regarded its final weeks in office as a chance to stage a “raider attack” on Moldovan democracy.

The misguided belief that all political power is used for personal gain, rather than to serve the public good, is precisely the attitude which has made Moldova Europe’s poorest country. To change this attitude, Sandu needs Europe’s support. Europe also needs to condemn, and sanction, the individuals that have conducted illegalities.

This is not just a problem of political corruption. It is a question of Moldova’s existence and orientation. Sandu, rightly, wants a European Moldova. The alternative is a clientelist, corrupt and Russified society — where all reform is hindered by politically appointed apparatchiks with personal interests, who make deals to disenfranchise Moldovans in smoky rooms, to the detriment of democracy.

This matter has affected me personally in my own work. As the Republic of Moldova’s anti-corruption prosecutor, I followed the law to its strictest provision. The Socialist party has long faced claims that it received substantial donations and payments from the Russian Federation — thereby breaking Moldova’s laws on the financing of political parties.

I sought to investigate this matter, as Moldovans deserve to know that Russia is interfering in our political process. Prosecutor General Stoianoglo did not only refuse to reopen the investigation, he also released the main suspect in a Russian money laundering case from prison — 15 years early. I refer to former Agrarian party parliamentarian Veaceslav Platon, who was sentenced to 18 years in prison for his proven involvement in “Grand Theft Moldova” in which one billion US Dollars disappeared from three banks, and for laundering approximately 20 billion US dollars via Latvian and Moldovan banks.

A belief in public service

Throughout my career, I have sought to work quietly, risking my own safety, and my family’s, due to my belief in public service. In leading high level criminal investigations against several high-ranking judges from the Republic of Moldova involved in acts of corruption, such as our successful investigation of the former president of the Supreme Court of Justice, Oleg Sternioala, I have faced threats many times.

As one (of few) to successfully open cases again many alleged to be involved in the one billion US dollars theft — including corrupt judges, prosecutors, and parliamentary deputies, fear of retaliation comes with the territory. But as Sandu assumes office, and the PSRM fears prosecution, the power of Dodon’s appointees, and Russia’s inextricable links to their wealth, has fallen on me like a hammer.

Mr Platon — a convicted money launderer, released more than a decade early from jail by our prosecutor general — is now suing me for 300 million US dollars in damages. Financial ties between the prosecutor general’s family and Mr Platon are alleged, though unproven — but irrespective, the situation is astonishing, and shows one very important thing. Moldova’s direction is changing, and a European future, under a strong, highly educated and dogged female president, means real reform, and laws that are enforced against the wealthy.

Desperate times call for desperate measures, as the PSRM has recognised.

To truly change Moldova’s direction, Sandu must recognise the power of these dark forces, and the power of Russian influence — but it is crucial that her approach to reform is not retaliatory or partisan.

I am deeply optimistic about President Sandu’s capacity to change Moldova, but my loyalty will always first be to the rule of law, and its just interpretation.

If we are to change Moldova, we must not behave life Mafiosi, or laud the authoritarian politics of Moscow. We must not only change government, but the way we perceive power, as well.

Viorel G. Morari is anti-corruption prosecutor to the Republic of Moldova. With almost 20 years practising experience as a state prosecutor and anti-corruption campaigner, Morari’s principal areas of expertise include developing Moldova's legal framework to prevent graft, and the harmonisation of law to align with European norms and in the fields of international humanitarian and criminal law.