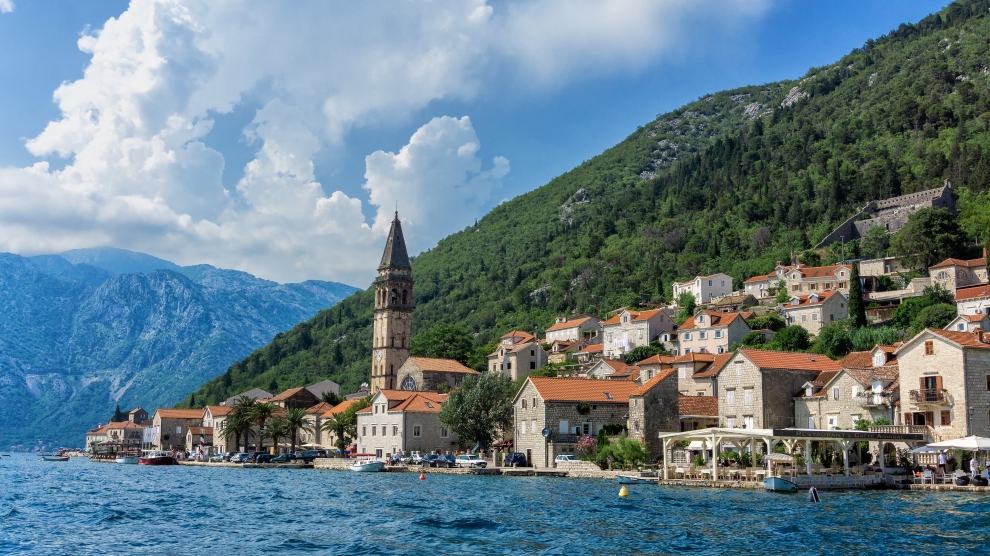 Montenegrin small and medium-sized enterprises (SMEs) and mid-caps in tourism and other sectors severely affected by Covid-19 will benefit from a 50 million euros loan that the European Investment Bank (EIB) agreed on September 14 with the Montenegrin Investment and Development Fund (IDF). The loan will provide immediate support for the faster recovery of the Montenegrin economy by unlocking more affordable financing for SMEs, mid-caps and public sector enterprises to sustain jobs and maintain their liquidity.

It comes as the Covid-19 situation continues to deteriorate, despite the country in May having declared itself “free” of coronavirus – only the second in Europe to do so.

The loan is a part of the Team Europe Western Balkans Covid-19 recovery support programme, announced at the EU-Western Balkans Zagreb Summit in April. It provides affordable finance to businesses to ensure their continuity and faster and sustainable recovery from the pandemic. This facility is also the first allocation under the 500 million-euro programme loan approved by the EIB in June 2020 targeting the public sector and national promotional banks in the Western Balkans region.

SMEs and mid-caps in Montenegro have been severely hit by the Covid-19 pandemic. With tourism being the main driver of economic growth, “the EIB will help Montenegro face these unprecedented challenges, support its main source of income, recover faster and build a more resilient economy,” says EIB Vice-President Dario Scannapieco.

While Montenegro is a small, open economy that has real – if optimistic – ambitions of joining the EU by 2025, its small size makes it economy vulnerable to external shocks, as it relies heavily on capital inflows from abroad – notably tourism – to stimulate its growth.

In June, Damir Davidović, state secretary at Montenegro’s sustainable development and tourism ministry, said that the government expects the total revenue generated by the country’s tourism sector to decline by 40 per cent in 2020 as a result of coronavirus crisis. Tourism accounts for around 20 per cent of the country’s GDP. The World Bank has forecast a decline in GDP of 5.6 per cent in 2020.

The likely transition to a new government, ending the hold that the Democratic Party of Socialists (DPS) has had on power for three decades, may help with the recovery, although it remains to be seen how any new government will cohabitate with Milo Đukanović, the country’s president who has ruled the country in one capacity or another from 30 years and remains the de facto leader of the DPS.

Last week, the leaders of the three opposition blocs which won a slender majority of 41 of the 81 seats in the country’s parliament agreed to “speed up” Montenegro’s progress towards EU membership by tackling the main two issues currently holding the country back: corruption and organised crime. They also committed to “strengthening and enhancing” the country’s relationship with NATO.

The leader of the For the Future of Montenegro coalition and the country’s likely next prime minister, Zdravko Krivokapić, also, however, promised to “engage” with the thousands of Montenegrins who do not want the country to join the EU. Recent polling puts support for EU membership at 55 per cent, down from 67 per cent just two years ago.

This fall in support for the EU has been in part caused by a perceived failure on the part of the EU to do enough for the countries of the Western Balkans. This despite the EU announcing in April that it was mobilising over 3.3 billion euros of financial support for the region, much of which will be distributed by the EIB.

The EU appointed a new ambassador to Montenegro earlier this month, Oana-Cristina Popa, a former Romanian ambassador to Serbia. She played up the EIB loan as a sign of the EU’s commitment to the country.

“At this time of unprecedented health and economic crisis, the EIB assistance is even more valuable as SMEs struggle to maintain liquidity and sustain jobs. Combined with the EU delegation’s planned assistance to support micro and small enterprises in the aftermath of Covid-19, this loan agreement will provide a substantial foundation for a faster recovery of the Montenegrin economy,” she said.

Meanwhile, the Covid-19 crisis in the country shows no signs of abating. On September 14, the head of the Montenegrin Institute for Public Health, Boban Mugoša, confirmed that the situation in the country was getting worse, and that there were now 2,085 active coronavirus infections in the country, which has a population of around 620,000. Mr Mugoša warned of possible new restrictive measures, including lockdowns.

That announcement on May 25 – made with much pomp by Prime Minister Duško Marković – that Montenegro was “corona free” has not dated well.