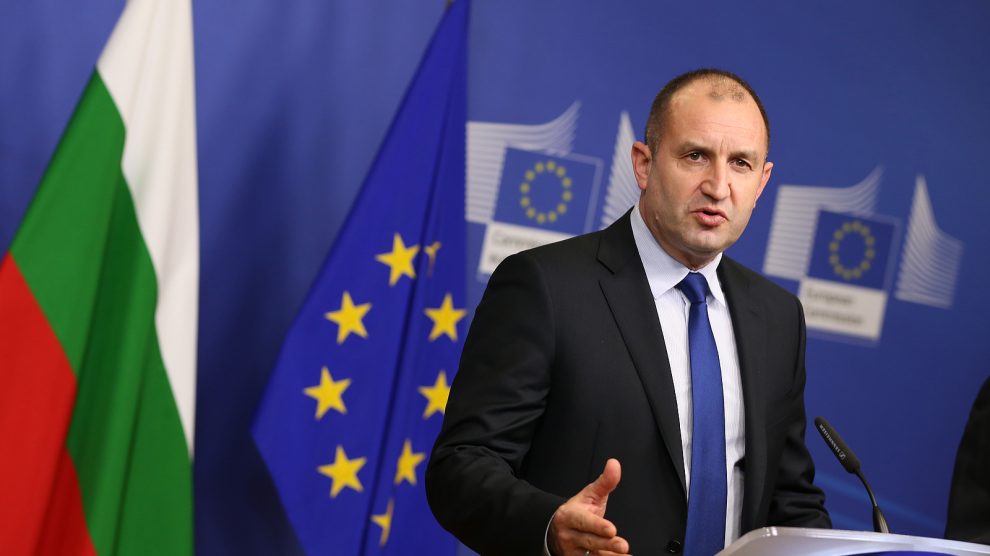 The European Union has moved a step closer to penalising Belarus for a crisis on its border with Poland, where hundreds of migrants from the Middle East, Afghanistan, and Africa remain trapped in freezing temperatures and with little food. The bloc’s 27 ambassadors agreed on Wednesday that the situation constituted a legal basis for further sanctions, which could come as early as next week and target some 30 individuals and entities including the Belarusian foreign minister and the national airline.

The president of Belarus Alexander Lukashenko meanwhile has threatened to cut deliveries of gas to Europe via a major pipeline as the Belarusian leader promised to retaliate against any new EU sanctions imposed in response to the crisis at the border.

Czechia’s president on Tuesday asked the leader of the winning coalition in last month’s parliamentary election to form a new government. Miloš Zeman, who is currently hospitalised, said in a statement that he approached Petr Fiala, the coalition’s candidate for the post of the prime minister, to lead negotiations with representatives of the parties elected to the lower house of Parliament in the Oct. 8-9 vote “with a goal to create a new government.”

Hungarian Prime Minister Viktor Orbán moved to lock in another close ally in a key position before general elections where a resurgent opposition is looking to roll back his consolidation of power. Ruling-party lawmakers voted on Tuesday to set a two-thirds parliamentary threshold to dismiss the chief prosecutor. The move follows a string of appointments, overhauls and rule changes that opposition parties say are designed to preserve Orbán’s influence in case of an election defeat. Hungary is set to hold parliamentary elections next April.

Following pressure from the European Union, Slovenia on Monday agreed to restore funding to the country’s sole news agency STA, suspended since December after the conservative government criticised its reporting. The European Commission had asked Slovenia to resume payments saying the freeze presented “major risks for media freedom and media pluralism in Slovenia and consequently in the EU”. The country currently holds the EU’s rotating presidency.

The US this week warned Russia against making a “serious mistake” in Ukraine after satellite images revealed President Vladimir Putin is massing troops along the border. Secretary of State Antony Blinken said he is “concerned” by “unusual Russian activity” near the border amid fears Putin could march into the country in an attempt to annex more territory, as he did with Crimea in 2014.

Armenians and Azerbaijanis on Monday commemorated the first anniversary of the ending of their bloody six-week war in Nagorno-Karabakh in starkly different ways, highlighting the continued tensions over the breakaway region. In Azerbaijan, tens of thousands of people rallied in the capital, Baku, to celebrate the country’s victory, while in Armenia’s capital, Yerevan, thousands of opposition supporters rallied to call for the resignation of Prime Minister Nikol Pashinyan.

Noted Belarusian activist Mikalay Dzyadok has been sentenced to five years in prison over his participation in unsanctioned rallies held last year to protest against official election results that handed Alexander Lukashenko a sixth consecutive term in office. The Minsk City Court pronounced the ruling on November 10 after finding Dzyadok guilty of charges including organising activities that violate social order and making public calls for activities that undermine national security.

Lithuania’s parliament on Tuesday declared a state of emergency at the country’s border with Belarus and at camps hosting migrants who arrived from there. The state of emergency, which is to last a month, allows border guards to use “mental coercion” and “proportional physical violence” to prevent migrants from entering Lithuania.

At nine per cent, Estonia is set to see the second highest level of economic growth in the European Union in 2021, behind only Ireland, whose economy is forecast to expand 14.6 per cent this year. According to the European Commission’s autumn forecast, published on Thursday, Estonia’s impressive growth has, like much of the rest of the EU, been driven by private consumer demand, government stimulus and buoyant exports.

Serbian police briefly detained a local opposition activist on Tuesday after she threw eggs at a downtown Belgrade wall painting of Ratko Mladić, a convicted war criminal and the wartime commander of Bosnian Serbs. A video posted on an Instagram profile showed plainclothes men who identified themselves as police officers, whisking away Aida Ćorović, after she threw eggs at the wall painting depicting Mladic saluting and wearing his officer’s cap.

A UK minister has said Russia’s hand is “at play” in the brewing Bosnia and Herzegovina crisis, which experts fear could lead to another war. Foreign Office minister James Cleverly made the accusation as he said the British government is “absolutely determined” to maintain peace in the region. Analysts have warned the Balkan state is on the verge of its most serious crisis since the end of the Bosnian War in 1995, when thousands of people were killed through ethnic cleansing.

North Macedonia’s government said on Tuesday that it would provide emergency funding for state energy suppliers to import enough electricity and fuel for production plants to cover the country’s power needs over the next 30 days. Economy Minister Kreshik Bekteshi said the decision was due to “reduced domestic production capacities…and increased global (electricity) prices.”

A senior official of the World Health Organisation (WHO) has expressed doubts about Turkmenistan’s denial of a coronavirus presence within its borders. Catherine Smallwood, a WHO senior emergencies officer, told the BBC on November 8 that “from the scientific point of view, it’s unlikely that the virus is not circulating in Turkmenistan.” Smallwood’s comments represent the first public challenge by the WHO to Turkmenistan’s claim that is Covid-free.

Uzbekistan has slapped a ban on a foreign journalist, one day after President Shavkat Mirziyoyev was sworn in for a second term promising to protect press freedom. Border guards denied Polish reporter Agnieszka Pikulicka entry on November 7, leaving her stranded overnight on the Uzbekistan-Kazakhstan frontier, since she did not have the right to enter Kazakhstan. “In my journalism I always try to be fair and objective. I’ve never thought that my reporting, which […] has focused on human rights and injustice, would bring me to this moment,” she told Eurasianet.

Kazakhstan is struggling to meet the energy needs of its booming cryptocurrency mining industry, which is flourishing thanks to cheap power and an exodus of crypto miners from neighbouring China. The country’s government is now trying to decide how to tax and regulate the largely underground and foreign-owned industry, which has forced the former Soviet republic to import power and ration domestic supplies.