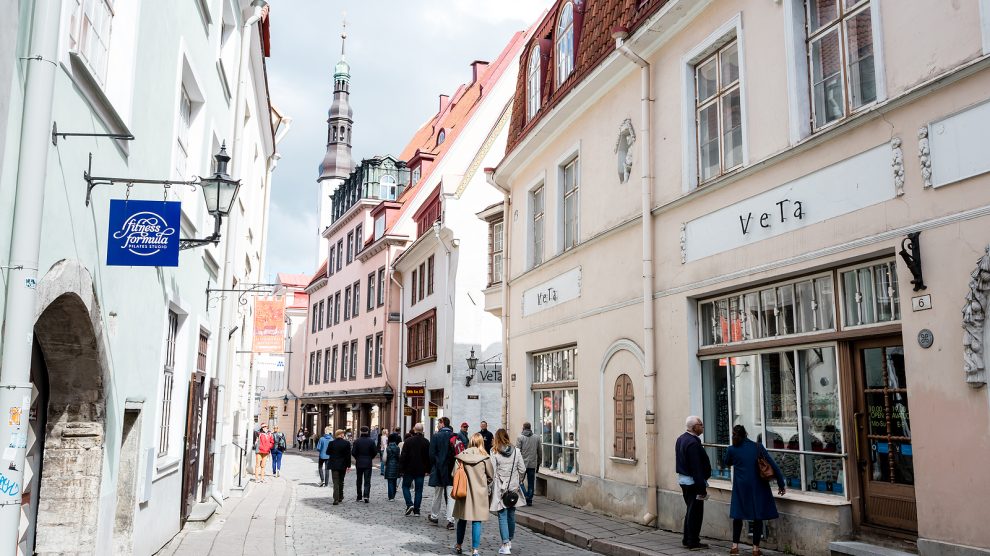 Europe’s economic recovery has been faster than expected, but prospects remain bound to the evolution of the Covid-19 pandemic.

At nine per cent, Estonia is set to see the second highest level of economic growth in the European Union in 2021, behind only Ireland, whose economy is forecast to expand 14.6 per cent this year.

The latest projections from the European Commission, published on November 11 in its autumn forecast, also point to considerable growth for Croatia (8.1 per cent), Hungary (7.4 per cent), Romania (seven per cent), and Slovenia (6.4 per cent) – all above the EU average of five per cent.

The Commission says that overall Europe’s economy is rebounding from the Covid-19 pandemic recession faster than expected. As vaccination campaigns progressed and restrictions started to be lifted, growth resumed in spring and continued unabated through summer, underpinned by the re-opening of the economy.

However, it warns that its forecasts depend heavily on two factors: the evolution of the pandemic and the pace at which supply adjusts to the rapid turnaround in demand following the re-opening of the economy.

Covid-19 is not over yet

Although the impact of the pandemic on economic activity has weakened considerably, Covid-19 has not yet been defeated and the recovery is heavily dependent on its evolution, both within and outside the EU.

In light of the recent surge of cases in many countries, the reintroduction of restrictions impacting on economic activity cannot be ruled out. In the EU this risk is particularly relevant in member states with relatively low vaccination rates, notably in the east. Bulgaria and Romania for example have only vaccinated around a third of their populations, the lowest rates in the EU.

“The European economy is moving from recovery to expansion but is now facing some headwinds,” says European Economy Commissioner Paolo Gentiloni. “An unprecedented policy response cushioned the impact of Covid-19 on workers and businesses and a successful vaccination campaign has enabled the reopening of our economies since the spring. This has powered a surge in growth, which is in turn helping to stabilise our public finances.”

He adds that there are three key threats to this positive picture: a marked increase in Covid-19 cases, most acute in areas where vaccinations are relatively low; rising inflation, driven largely by a spike in energy prices; and supply-chain disruptions that are weighing on numerous sectors.

“We must remain vigilant and act as needed to ensure these headwinds do not blow the recovery off course,” he warns.

Estonia’s impressive growth has, like much of the rest of the EU, been driven by private consumer demand, government stimulus and buoyant exports.

Growth is expected to remain strong in 2022-23 supported by a recovery in employment, sustained wage growth and dynamic foreign demand. Inflation is set to surge this year, fuelled by the transitory increases in imported energy prices gradually passing through to other goods and services. Nevertheless, the government deficit is projected to narrow to 2.2 per cent of GDP in 2023, with public debt remaining the lowest in the EU.

Last month, the country’s tax code was rated by the Organisation for Economic Co-operation and Development (OECD) as the world’s most competitive, for the eighth year in a row.

In Croatia, the recovery of the economy was mostly supported by strong private consumption and a better-than-expected performance of the tourism sector, which had been hit hard in 2020. Favourable economic developments
spilled over to the labour market, which experienced strong employment dynamics.

In Czechia, which is forecast to see the lowest level of economic growth in Central and Eastern Europe, of three per cent, the Commission says that the recovery has been hit by the negative impact of supply-chain disruptions.

With this factor expected to diminish in the course of 2022, net exports are expected to restart its contribution to economic growth in 2023.

More elections in Bulgaria, Russia seen meddling in Bosnia: Emerging Europe this week
Sustainability is not a trend: it’s a must
Comment