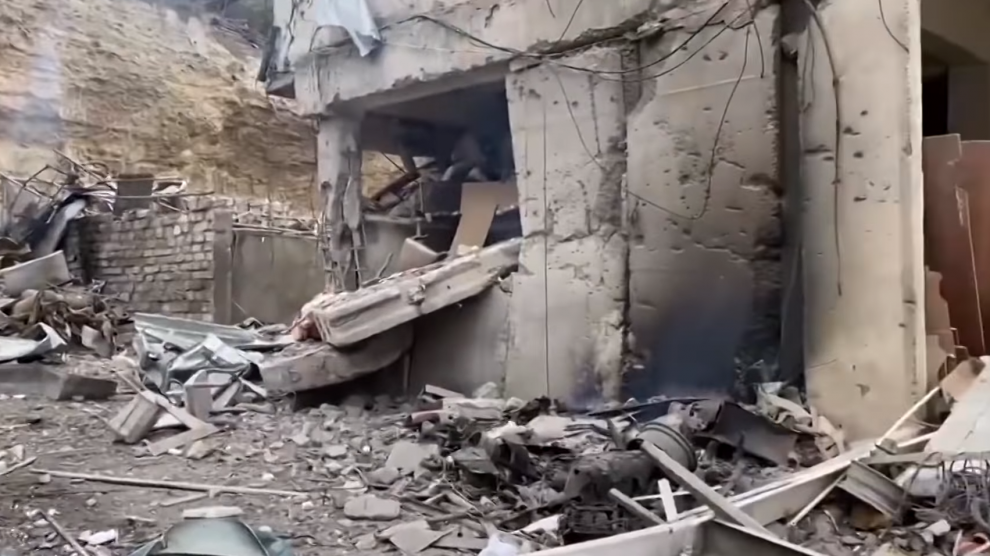 The long-standing conflict between Armenia and Azerbaijan was once again reignited at the end of last month, with each side putting the blame for the resumed fighting on the other.

Since fighting resumed on September 27, cities both within Nagorno-Karabakh and the surrounding region have come under attack.

According to Baku, Azerbaijan’s second city, Ganja, located just 100 kilometres from Nagorno-Karabakh’s capital Stepanakert and even closer to the Armenian border, has been shelled by Armenian rockets and more than 220 people are reported to have been killed.

Yerevan, on the other hand, claims that Stepanakert, where more than 99 per cent of the population identifies as ethnically Armenian, has suffered attacks from Azerbaijan. Images of civilian areas of the city in ruins have emerged, its electricity has been cut off and residents are leaving en masse. On Thursday, Armenia accused Azerbaijan of shelling the Holy Saviour Cathedral — also known as the Ghazanchetsots Cathedral — claiming that it was pierced by a shell that damaged parts of the interior. Local reports said that children and adults had been sheltering in the cathedral, but that none were not killed or wounded.

While both Caucasus states have been quick to boast of their military successes, most claims need to be taken with a pinch of salt, and international groups fear that the actual number of casualties in the affected regions is much higher than official reports. What’s certain is that since the resumption of the armed conflict fighting has been the deadliest since a ceasefire was put in place in 1994 to end a protracted war that resulted in the current status quo, with Armenia controlling Nagorno-Karabakh and much of the surrounding area, despite it being internationally recognised as Azerbaijan’s territory.

Research from the International Institute for Middle East and Balkan Studies (IFIMES) in Ljubljana, Slovenia, believes that there is little prospect of resolving the dispute in the foreseeable future. The conflict is far more complex than just a territorial dispute between neighbouring states: it is part of a wider power struggle between Russia and Turkey for influence in the Caucasus.

As with most violent struggles of our time, the conflict finds its origins in 19th Century European imperialism. This southern area of the Caucasus mountains has been historically populated by both Armenians and Azeris, but the Russian Empire officially seized Nagorno-Karabakh after its 1813 defeat over the Persians. At the beginning of the Soviet period over 100 years later, despite being largely populated by Armenians, the region was declared an autonomous region within the Azerbaijan Soviet Socialist Republic.

In the present day, Russia’s historic jurisdiction over both Armenia and Azerbaijan has allowed it to simultaneously maintain a military base within Armenia – conveniently situated in proximity to the small country’s border with Georgia – while also bringing in significant profit by providing 40 per cent of the inventory of oil-rich Azerbaijan.

Another regional powerhouse with interest in the conflict, but with a much more clearly defined ally, is Turkey. Its accelerating support for Azerbaijan has been explained by IFIMES analysts as stemming from the country’s rejection of the internationally-recognised Ottoman Genocide of the Armenians, as well as by the existing ethnic and linguistic similarities between Turks and Azerbaijanis.  Turkish President Recep Tayyip Erdogan has been accused of fuelling the recent reignition of the Nagorno-Karabakh conflict by expressing explicit support Azerbaijan.

On Monday, NATO chief Jens Stoltenberg asserted, “We are deeply concerned by the escalation of hostilities. All sides should immediately cease fighting and find a way forward toward a peaceful resolution,” adding that “I expect Turkey to use its considerable influence to calm tensions.” It has so far done the opposite.

Despite the clear presence of ethnic and religious-based alignment in the struggle, neighbouring Iran’s split between the two sides proves it is not just sectarian, IFIMES argues. “Iran sided with the Christian Armenia, despite the existence of cultural, ethnic and religious connections between Teheran and Baku.”

It has been widely suggested that the Islamic Republic’s surprising reluctance to support its predominantly Islamic neighbour lies in the existence of a significant Azerbaijani minority in its western provinces. Fears of separatism or a movement for unification with Azerbaijan have been rising in Teheran ever since the Caucasus state began registering impressive economic growth.

The United States and the European Union have so far remained neutral – it could even be argued that they are disinterested – and both have called for an immediate ceasefire. The EU is particularly concerned over a potential disturbance of the oil and natural gas supply coming from the Caspian Sea.

Late on Thursday, Russian President Vladimir Putin invited the foreign ministers of Azerbaijan and Armenia to Moscow to take part in peace talks. It remains to be seen if either will turn up. Meanwhile, the fighting continues.