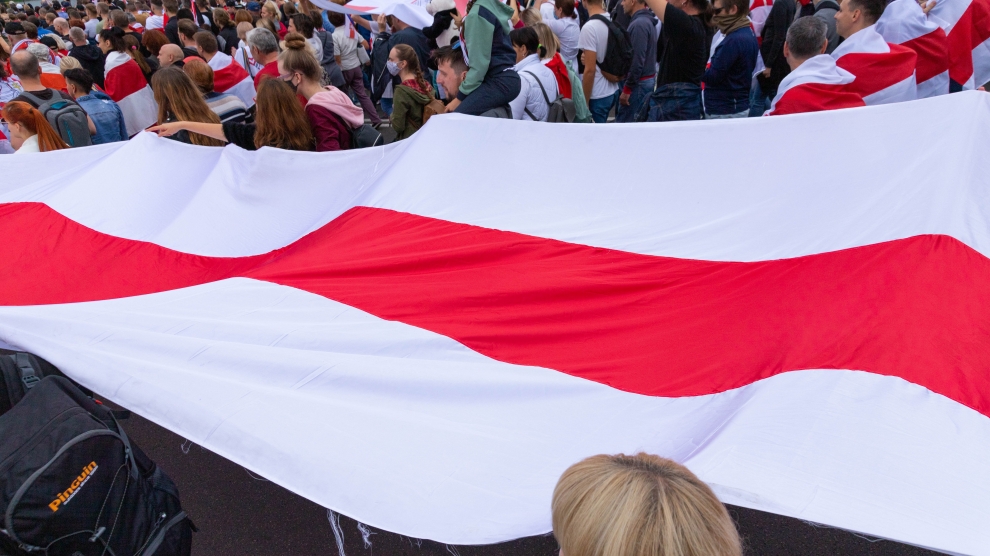 Belarus’s popular revolution is not about national identity or the country’s geopolitical orientation. There has been no reference to its heroic past, nor have the European Union or Russian flags been flown. The Belarusian revolution is about freedom and democracy: the right to choose your own government and to express your opinion publicly without fear of violence and repression.

The flip side of medals: The line between tough coaching and abuse was blurred in Romanian gymnastics

For over 40 years, during the golden age of Romanian gymnastics, we celebrated the medals won by child-gymnasts and looked away from their pain, fears and sufferings. What if we listened to them more carefully?

Interview with a trafficker: How migrants are moved through Albania and towards the EU

Over the last few months, Albanian police have apprehended tens of individuals involved in transporting third country citizens from Greece to Kosovo or Montenegro, with the promise of moving on to a European Union country. Yet still, the influx of immigrants continues.

Are Spain-Kosovo relations beginning to thaw?

Spanish voices from across the ideological spectrum no longer accept the analogy of Spain’s restive Catalonia region to Kosovo and its violent split from Yugoslavia.

The faker-in-chief exposing disinformation in Slovakia

Government ministries need long-term communication strategies to debunk hoaxes, says Jakub Goda, a local journalist who set out to expose how fake news gets produced in Slovakia and now formulates anti-disinformation campaigns for the Health Ministry.

The EU’s ambiguous fight for the rule of law

The European Commission’s new report on the rule of law fails in three areas. To fight corruption and the abuse of power, the EU must use funds and sanctions strategically.

Since its August 2008 war with Russia, Georgia has sought to restore and improve its air-defense capabilities. The South Caucasus republic is consequently purchasing an advanced Israeli anti-aircraft system from a state-owned company, whose products were notably battle-tested against Russian aircraft in Syria.

Kosovo’s weak coalition government hopes to shore up its position in parliament by temping the Democratic Party of Kosovo, PDK, into its ranks – but for now the former ruling party is playing hard to get, and insisting it will remain in opposition.

For those in the Kremlin who have watched in concern as hundreds of thousands of Belarusians demanded the removal of the country’s longtime president this autumn, videos of Kyrgyz protesters breaking into the office of their country’s leader, Sooronbai Jeenbekov, on Monday night and stamping on his official portrait would not have made for comfortable viewing.

The Nagorno-Karabakh dispute between Armenia and Azerbaijan is sometimes explained as a result of ‘ancient hatreds’. In reality, it is nothing of the sort, despite both sides using history to bolster their claims to the region.

Moldovan band O-Zone topped global charts with their Europop supersmash, Dragostea din Tei, in 2004. But what happened next?

For Georgia’s LGBT rights campaigners, a victory
Nagorno-Karabakh is a territorial, not sectarian, conflict
Comment