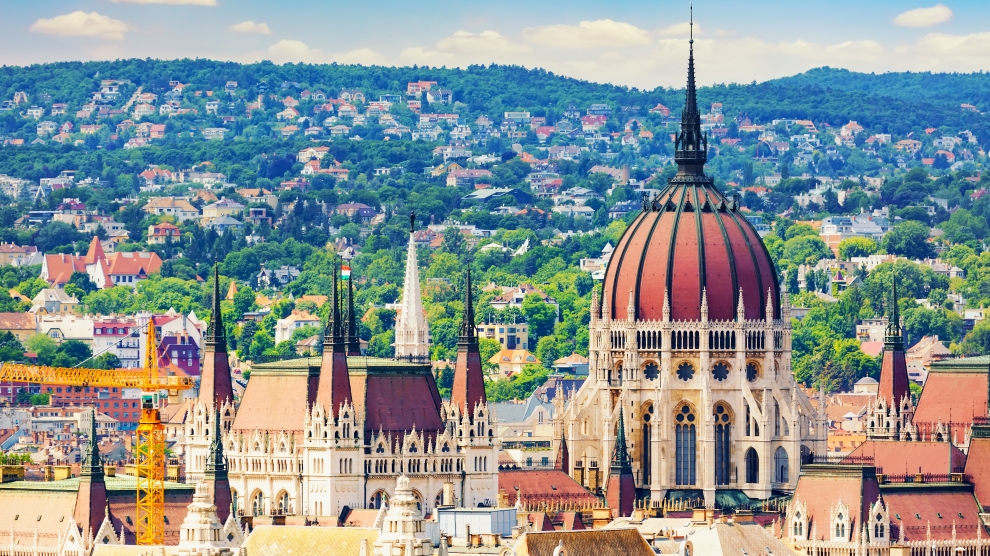 The European Commission has published its first EU-wide report on the rule of law. The report includes input from every member state and covers both positive and negative developments across the EU. It shows that while many member States have high rule of law standards, important challenges to the rule of law exist within the EU. It also reflects relevant developments stemming from the emergency measures taken by member states due to the coronavirus crisis.

The report covers four main pillars with a strong bearing on the rule of law: national justice systems, anti-corruption frameworks, media pluralism and freedom, and other institutional issues related to the checks and balances essential to an effective system of democratic governance.

The aim of the new report is to enlarge the existing EU toolbox with a new preventive tool and kick-start an inclusive debate and rule of law culture across the EU. It should help all member states examine how challenges can be addressed, how they can learn from each other’s experiences, and show how the rule of law can be further strengthened in full respect of national constitutional systems and traditions.

European Commission President Ursula von der Leyen said: “The rule of law and our shared values are the foundation of our societies. They are part of our common identity as Europeans. The rule of law protects people from the rule of the powerful. While we have very high rule of law standards in the EU, we also have various challenges. The European Commission will continue working with the national authorities to find solutions, to guarantee people’s everyday rights and freedoms.”

Vice-President for Values and Transparency, Věra Jourová, added: “Today we are filling an important gap in our rule of law toolbox. The new report for the first time looks at all member states equally to identify rule of law trends and help to prevent serious problems from arising. Each citizen deserves to have access to independent judges, to benefit from free and pluralistic media and to trust that their fundamental rights are respected. Only then, can we call ourselves a true Union of democracies.”

Efforts are under way in a number of EU member states aiming at strengthening judicial independence and reducing the influence of the executive or legislative power over the judiciary. These include setting up or strengthening an independent national council for the judiciary. The method for the appointment of judges is one of the elements which can have an impact on judicial independence and public perceptions of independence. A number of member states have envisaged or adopted reforms aimed at strengthening the involvement of the judiciary in the procedure, or defining clear criteria or judicial review mechanisms. Reforms of disciplinary procedures for judges and prosecutors also demonstrate an increased attention to the need for a balance that provides essential safeguards while preserving accountability.

Included in the report as positive examples in this regard are Czechia and Latvia. The report states that in Czechia, reforms under preparation seek to increase transparency in the appointment, promotion and dismissal of judges, while n Latvia, new powers have been granted to the Council for the Judiciary with a view to strengthening judicial independence.

On a less positive note, the report says that in Poland, the double role held by the minister of justice – who is also the prosecutor general – has raised particular concerns, as it increases the vulnerability to political influence as regards the organisation of the prosecution service and the investigation of cases. The role of the prosecutor general towards lower-ranking prosecutors is also a source of concern in other member states, including Bulgaria where, for example, legislative procedures to answer long-standing concerns about an effective accountability regime for the prosecutor general remain to be finalised.

In Romania, 42 controversial reforms enacted in 2017-19 with a negative impact on judicial independence continue to apply. In 2020, the government expressed its commitment to restore the path of judicial reform after the backtracking of previous years, leading to a significant decrease in tensions with the judiciary. In Croatia, low administrative capacity creates difficulties for the State Judicial Council and the State Attorney’s Council in fulfilling their mandate, with their role with respect to the appointment of judges and prosecutors having been reduced and an upgraded IT system for the verification of asset declarations lacking. In Slovakia, there are long-standing concerns regarding the independence and integrity of the justice system. In April 2020, the government announced important reform plans to strengthen judicial independence and integrity, as well as the appointment process for the Constitutional Court.

EU monitoring also shows that there are concerns about the effectiveness of the investigation, prosecution and adjudication of corruption cases, including high-level corruption cases, in several member states. Examples include Bulgaria – again – where a reform of its legal and institutional anti-corruption frameworks has led to improved cooperation between the relevant authorities, however, important challenges remain before these institutions can build a solid reputation of impartiality, objectivity and independence. A solid track record of final convictions in high-level corruption cases remains to be established.

In Croatia, the efforts of the specialised anti-corruption services to fight corruption are hampered by a lack of specialised investigators and by the inefficiency of the justice system, as lengthy court proceedings and appeals often impede closure of cases, including against high-level officials.

Similarly, in Slovakia, only few high-level corruption cases have been investigated or prosecuted in recent years, with weak whistleblower protection and limited capacity of the specialised anti-corruption institutions to investigate and prosecute being important challenges.

Concerns that high-level corruption cases are not pursued systematically are also present in Czechia, where investigations and audits are currently ongoing at both national and European level into potential conflicts of interests and the use of EU funds. In Hungary, while there is prosecution of high-level corruption in some cases, it remains very limited and there appears to be a consistent lack of determined action to start criminal investigations and prosecute corruption cases involving high-level officials or their immediate circle when serious allegations arise.

The report also mentions that while the independence and competence of media authorities is established by law in all member states, there are nevertheless some concerns with regard to the risk of politicisation of the authority, for instance in Hungary and Poland.

There are also concerns about the effectiveness of some national media authorities in light of the resources available to them, for example in Bulgaria, Romania and Slovenia.

Also in Hungary, the establishment of the KESMA media conglomerate via the merger of more than 470 government-friendly media outlets, without scrutiny from media and competition authorities, has been seen as a threat to media pluralism. In Poland, during the 2020 presidential campaign, the governing coalition referred to possible plans for legislative changes concerning foreign-owned media outlets, which could have implications for media pluralism.

There have been examples in a number of emerging Europe countries of civil society facing serious challenges in terms of new legislations limiting access to foreign funding or smear campaigns. In Bulgaria, for example, new draft rules on transparency of foreign funding for NGOs have been criticised for their possible negative impact on civil society. In Hungary, in June 2020, the European Court of Justice found that a law of 2017 on the transparency of foreign-funded civil society organisations is incompatible with free movement of capital as well as with the right to freedom of association and the rights to protection of private life and personal data. In Poland, NGOs are targeted by unfavourable statements of the representatives of the public authorities adversely affecting the civil society space. Actions of the government aimed at LGBTI+ groups, including arresting and detaining some of the groups’ representatives, and smear campaigns conducted against such groups have raised further concerns.

The new rule of law report will now feed into the wider debate on the issue at both European and national levels. As well as engaging with the European Parliament and the European Council on rule of law issues, the Commission has also invited national parliaments and national authorities to discuss the report, and to seek support from one another as an encouragement to pursue reforms and an acceptance of European solidarity. Relevant national and EU-level stakeholders should also be involved, the Commission suggests.

How well the report will go down in some of the countries of emerging Europe remains to be seen. Even before its publication, Hungary launched a war of words with the Commission over its contents.

On Tuesday, Hungarian Prime Minister Viktor Orbán lashed out against Mrs Jourova in a letter published by Hungarian Justice Minister Judit Varga on Facebook. In it, Mr Orbán demanded Mrs Jourova’s resignation and announced the suspension of any bilateral communication with her.

Once the report was published, Mrs Varga upped the ante even further, calling it “absurd, false, flawed, unbalanced, unfounded, biased, non-transparent and unacceptable.”

Earlier in the week, Hungarian Foreign Minister Péter Szijjártó announced that a Polish-Hungarian institute concerned with the rule of law will be established to counter EU attacks.

“The aim of this institute of comparative law would be that we should not be taken for fools,” Szijjarto told a press conference with Polish Foreign Minister Zbigniew Rau in Budapest, adding that he had “had enough of some Western European politicians using us as a punchbag”.

The institute would examine how the rule of law is being upheld across the EU to avoid “double standards” being applied to Hungary and Poland, he said.