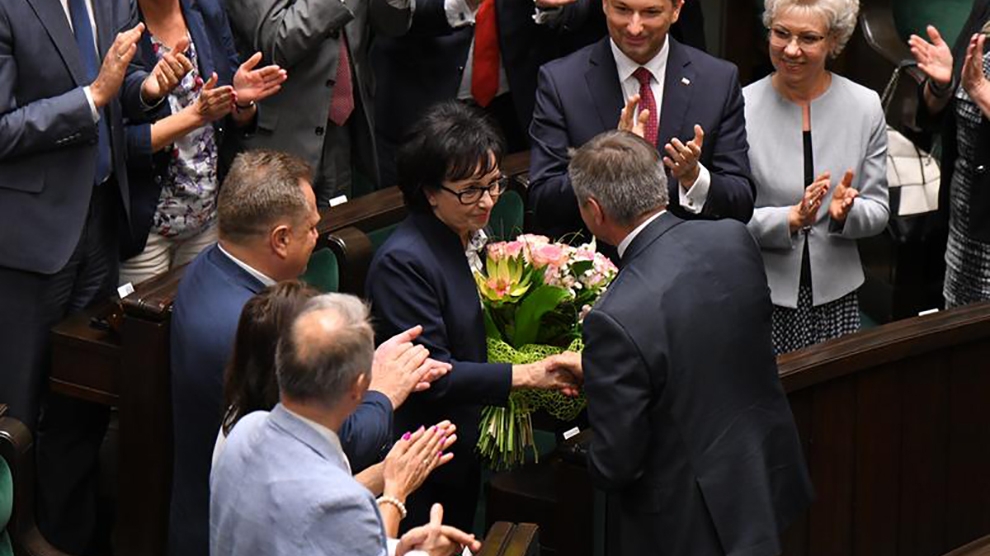 The new speaker of the Polish parliament, Elżbieta Witek, told reporters on August 21 that she will not yet release data regarding support for candidates of the new National Council of the Judiciary (KRS), but will wait for the decision of the country’s Constitutional Tribunal.

The data contains information about the judges who supported KRS candidates, including their surnames, places of adjudication and political affiliations. The disclosure of the information would reveal if KRS judges are related to Sejm officials or have other political ties. The KRS is made up of 15 judges, chosen by the Sejm from a list of just 18.

Mrs Witek told journalists that she has “no choice but to wait” for the judgement of the Constitutional Tribunal. In July the Polish Supreme Administrative Court ordered release of the data, but this has yet to happen.

Mrs Witek cited the constitutional and legal complexities that come with the release of the details.