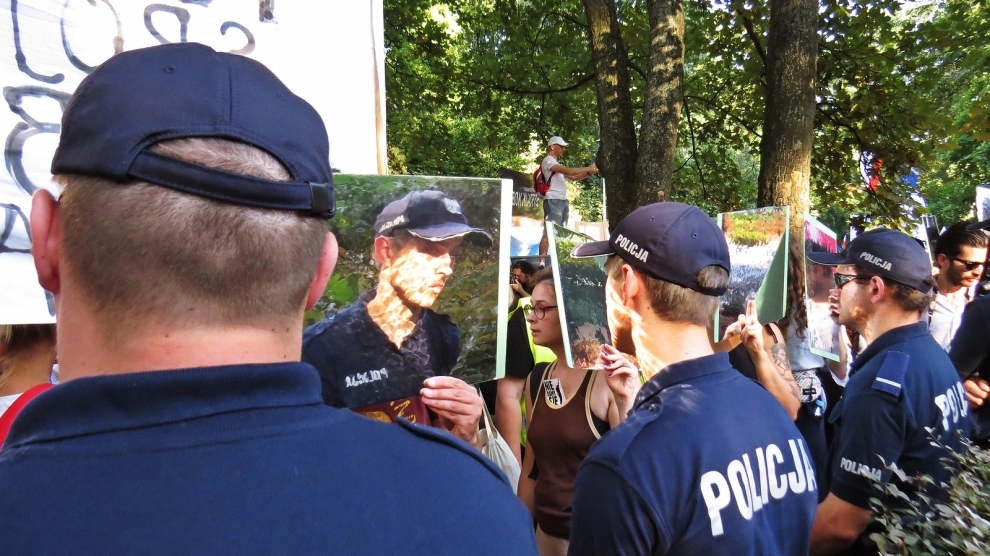 “The model of liberal democracy is coming under increasing pressure in the OECD and the EU,” explains Daniel Schraad-Tischler, senior analyst and co-author of the study Policy Performance and Governance Capacities in the OECD and EU, carried out by BertelsmannStiftung and published on October 9. “In some countries, central democratic and constitutional standards – freedom of the media, for example – are already heavily damaged.”

The report makes clear that there has been a general decline in democracy across the EU and OECD countries. Some emerging Europe countries are amongst the biggest offenders. 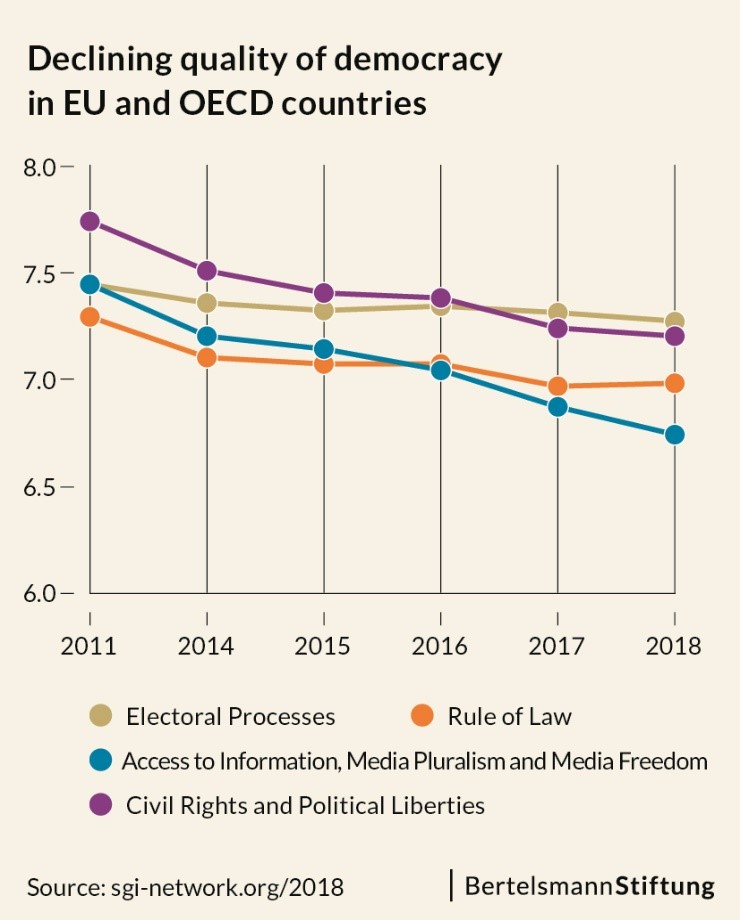 “It is also alarming, that despite the declining quality in democracy, citizens’ trust in government has actually increased in countries like Poland, Hungary and Turkey,” states Dr Schraad-Tischler. “This development illustrates that, in these countries, fundamental democratic values don’t seem to be sufficiently anchored in the political consciousness of a large part of the population.”

The most worrying case is in respect to Poland, which has fallen 29 places to 37th (out of 41 countries ranked). Since the publication of the last report in 2014, The Law and Justice Party (PiS) have taken over control of the government to such an extent that reforms put in place have effectively put into question the independence of several institutions, in particular the judiciary.

“The first activities of the new government targeted the Constitutional Tribunal, public media and civil service. During its second year in office, the government turned to reducing the political independence of the Supreme Court, the National Council of the Judiciary and ordinary courts,” explains the report.

Yet its not only the judiciary that came under attack: the political liberties of Poland’s citizens have also been effected:

“Political liberties have suffered from new restrictions on rights of assembly, increasing harassment by the police and growing government control of NGO funding. The quality of democracy has also been affected by the government’s strong discourse against Muslims, the LGBT community and ‘gender ideology’, as well as increasing corruption and cronyism in state-owned enterprises, and political polarisation,” the report adds.

In general, Poland’s fall from grace has more to do with political unrest in the country, and PiS’s quest to reform legislation quickly. Its ongoing conflict with the EU has not helped.

“The PiS government’s political course has done more damage to Poland’s international reputation. The government’s attempts to control the judiciary prompted massive protests internationally. In the European Union, there have been calls to launch formal proceedings against Poland for breaching European common values and the rule of law, and to cut financial transfers to Poland and restrict Poland’s voting rights in the European Council,” explains the report.

On a more positive note, both Estonia and Lithuania made it the top 10. Estonia in seventh, up three places since 2014, and Lithuania 10th, up two places.

“In many respects, Estonia has proven successful in building a sustainable democracy. After 12 years of governing coalitions dominated by the neoliberal Reform Party, a centre-left government led by the Centre Party has been installed. This new government has prioritised policies aiming to secure the financial sustainability of the welfare system and increase social inclusion,” the report explains.