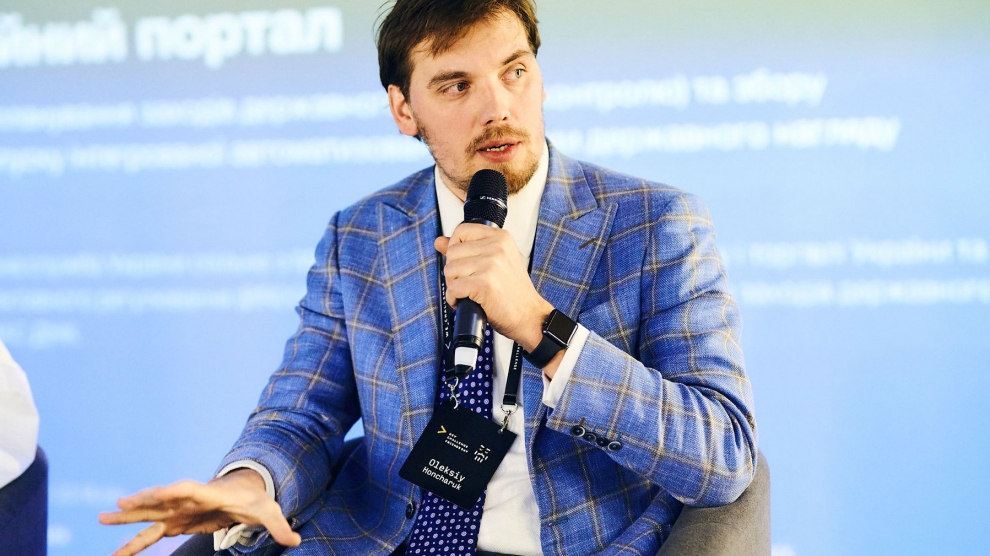 Oleksiy Honcharuk, one of the potential candidates to become Ukraine’s next prime minister, and currently serving as chief economic advisor to Ukrainian president Volodymyr Zelensky, has outlined the economic agenda of Ukraine’s next government, including plans to privatise state companies, sell state banks, reduce monopolies and create the country’s first farmland market with the assistance of the International Monetary Fund (IMF) and the World Bank.

Speaking to Bloomberg, Mr Honcharuk (pictured above), said the new Ukrainian government would seek a staff-level agreement for three to four years with the IMF to replace the current loan that will expire by the end of 2019, adding that Oksana Markarova, Ukraine’s current finance minister, is likely to be a part of the next cabinet.

“The banks should be sold first,” the presidential aide said, pointing to the four state banks (Oschadbank, Ukreximbank, Ukrgasbank, and PrivatBank) that account for most of Ukraine’s non-performing loans. “I want 10 big systemic banks to enter Ukraine,” he stressed.

Discussing farmland reform, which is one of the most sensitive issues in Ukrainian society and has been delayed for decades, Mr Honcharuk said that further discussions with the World Bank will decide about allowing foreign purchases or limiting domestic sales. “There’s an understanding in the team that if it’s not done this year, it will be quite difficult,” he told Bloomberg, noting that they expect a 0.5-3 per cent boost in Ukraine’s GDP from the reform.

“When we show changes in the approach to privatisation, farmland sales, when we attract a couple of big companies to extract natural resources – all of those examples will give clear signals that the rules have changed,” he added.