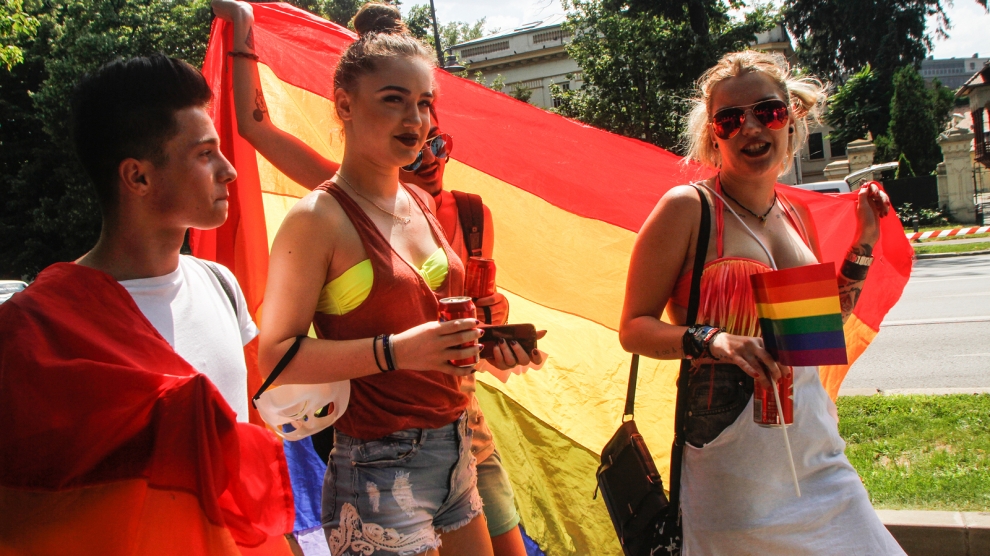 Poland’s LGBT community is showing unity and strength in the face of adversity with the hashtag #JestemLGBT (#IamLGBT), which has become the number one trending topic on Twitter with tens of thousands of tweets. Activists have described it as the best thing to happen to Polish twitter.

The hashtag features stories of people opening up and sharing their sexuality on Twitter with activist Rémy Bonny describing it as the “biggest coming-out in world history”. The hashtag is an effort by the LGBT community to show solidarity with those struggling against the homophobia that is becoming increasingly prevalent in Polish public discourse. The movement is also about breaking down barriers erected by hate, with many in their tweets highlighting the normality of their relationships. Its aim is to present the community as human beings, rather than some kind of ideology or conspiracy as the government so frequently portrays. Activist Bartek Jazwinski exemplifies this in his tweet that the LGBT community is: “Your neighbour, the guy you see in the store, your colleague, your supervisor, your customer, the trader paying taxes.”

“I am a friend, a daughter, girlfriend, for others, I am just a stranger who is passing by them on the street. I have hopes, dreams, and fears. I am bi, but I am not an ideology, I am a human. #jestemLGBT”, wrote another user on Twitter (@Dominik43238732).

This is a direct retort to the right-wing sections of Polish society who portray the community as villains, sex-offenders and anti-Polish. This comes after a series of homophobic events that shook the Polish community, such as Gazeta Polska’s ‘LGBT free-zone’ stickers and malicious comments made by politicians such as Jaroslaw Kaczyński, leader of the ruling Law and Justice party, who labelled LGBT rights as a “threat” to Polish identity.

The #JestemLGBT hashtag has given many in the community the sense that they are supported, as one source told EuroNews that the movement “gave me enough courage to say: ‘I’m here as well, please don’t hate me because someone told you to.’”

A march in Warsaw was held on July 28 in a show of solidarity with the victims of a pride march in Bialystok who suffered from violent homophobic attacks. More than 1,000 people took part in the Warsaw march, demonstrating that the movement is building momentum both on the screen and the streets.