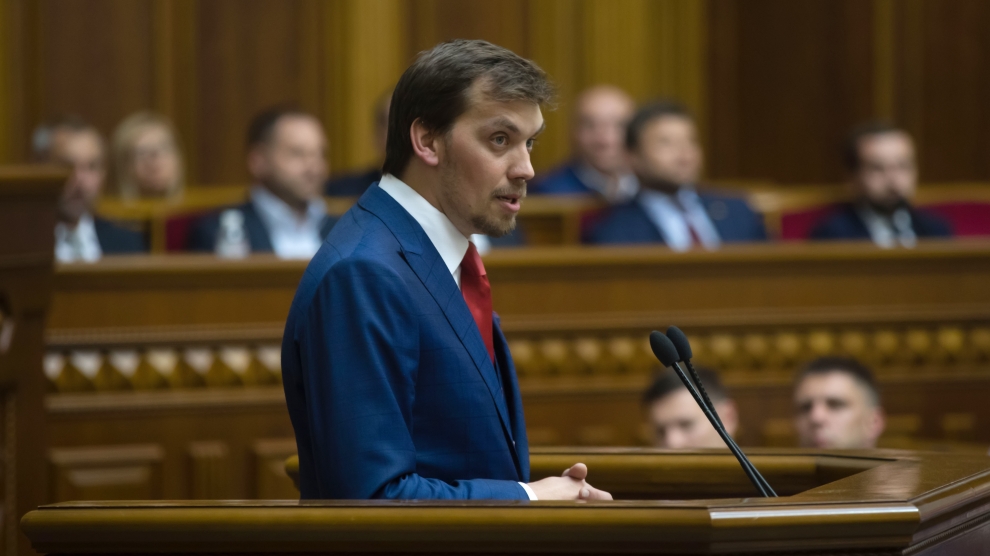 Oleksiy Honcharuk, Ukraine’s newly elected prime minister, has said that the main task of his government would be to ensure that the Ukrainian economy grows by at least 40 per cent over the next five years, Ukrainian news agency Ukrinform has reported.

“This is a very ambitious but realistic goal,” said Mr Honcharuk. “According to our estimates, this will contribute to the creation of about a million new jobs.” The country is aiming for a growth rate in 2020 of five per cent.

Speaking in a meeting with Ukraine’s president Volodymyr Zelensky, the new PM said that preparations for the next visit of the International Monetary Fund, gas transit negotiations with Russia, reforming state asset management and preparing for large-scale privatisation would be among the first tasks of the new government.

Discussing his plans with the leadership of the Verkhovna Rada, Ukraine’s parliament, Mr Honcharuk also announced that the government would be conducting a “deep tax reform” in the spring of 2020, aimed at simplifying the country’s taxation system and eliminating improper practices.

“This year, we can do a great job so that smuggling will be a thing of the past. Next year, we should forget what smuggling is,” he continued.

The new PM expects that the full liberalisation of the hryvnia, Ukraine’s national currency, would be prepared by the end of this year and completed in 2020.