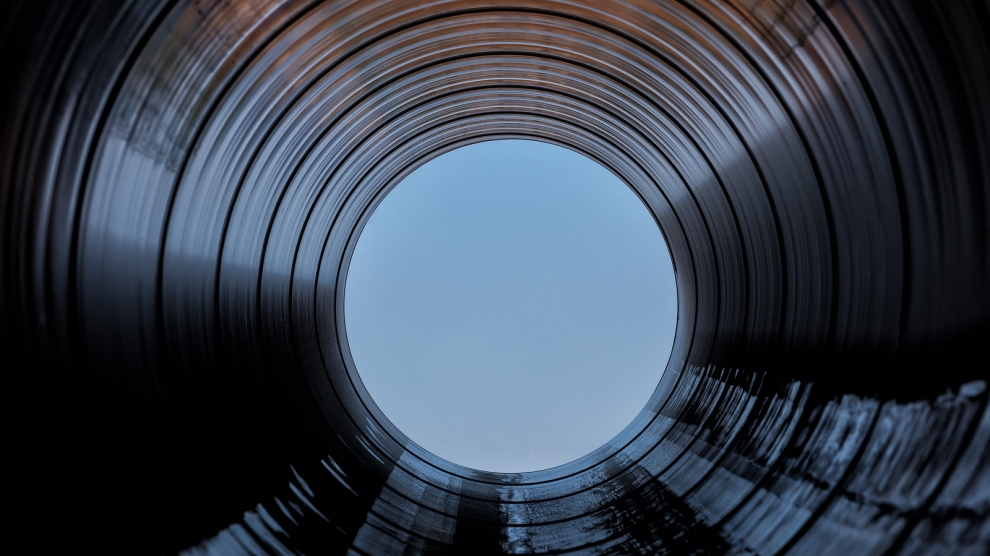 The consortium building the Nord Stream 2 gas pipeline from Russia to Germany has said that it expects the project to be completed on schedule in early 2020, or even earlier, but admits Denmark’s ongoing delay in approving the pipeline crossing its territorial waters could be problematic.

Rainer Seele, the chief executive of OMV, one of the project’s key investors, said that more than 75 per cent of the project had been carried out, but completion would depend on securing Danish approval for the pipeline.

“The Nord Stream 2 company has clearly informed us that it is sticking to the schedule and the budget, and we have no reason to revise the plan in any way today,” said Mr Seele, speaking at an event in Vienna.

OMV is one of five investors in Nord Stream 2 – registered in Zug, Switzerland – whose majority shareholder is Russia’s Gazprom.

French energy giant Engie, Shell of the Netherlands, and two German companies, Uniper and Wintershall Dea, are all financing partners of the 9.5 billion euros project, which the consortium claims is aimed at doubling the annual capacity of the existing Nord Stream pipeline by adding 55 billion cubic metres. It will run from Russia to Germany via the waters of Finland, Sweden and Denmark. It currently has approvals from all countries whose waters it crosses apart from Denmark.

“What will be decisive is when the Danish authorities make their decision, and what decision they will make,” added Mr Seele.

The project has attracted fierce criticism from the United States and a number of countries in Central and Eastern Europe, who claim that it is a tool of Russian foreign policy towards its neighbours, primarily designed to allow Russia to circumnavigate Ukraine, which currently controls the transit route for nearly 40 per cent of European gas imports and which relies on transit fees for around three per cent of its national GDP.

Earlier this year the European Parliament passed a resolution calling for cessation of work on the project, while in August the Polish deputy foreign minister Szymon Szynkowski vel Sęk compared it to the Molotov-Ribbentrop Pact of 1939 that divided Central and Eastern Europe between Nazi Germany and the Soviet Union.

“The gas pipeline bypassing Poland and the Baltic states is precisely such an agreement over the heads of others,” he said.

Germany remains committed to the project, however, which views Nord Stream 2 as being essential to its goal of eventually phasing out nuclear energy and coal.

The Netherlands, however, may be wavering. In response to concerns from environmentalists, in March 2018 the Dutch government announced that it wanted to bring an end to natural gas use in the built environment by 2050 and subsequently said that it would close its large Groningen gas field in the northern part of the country by 2030.