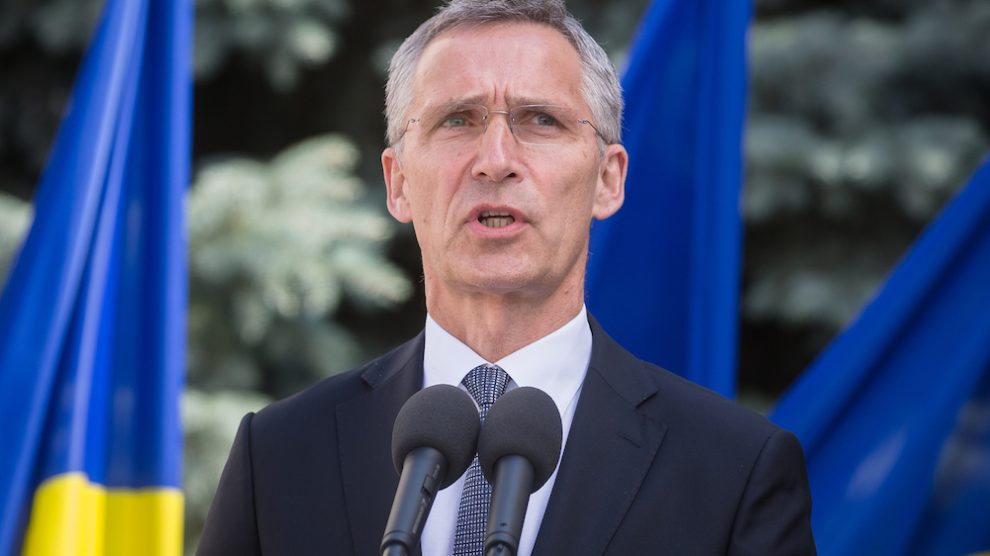 A rocket hit the Polish village of Przewodów late on Tuesday, killing two people. The village is just a few kilometres from Poland’s border with Ukraine.

As speculation that Russia had attacked a NATO member quickly spread, Poland played down the possibility that it had been the subject of a direct attack from Russia. The country’s president, Andrzej Duda, said on Wednesday afternoon that it was “highly probable” the rocket was fired by Ukrainian anti-aircraft defence in order to bring down a Russian missile.

NATO agreed, with the alliance’s chief Jens Stoltenberg (pictured above during a previous visit to Kyiv) saying that the rocket was “most likely” fired by Ukrainian air defence systems. He added, however, that, “this is not Ukraine’s fault”.

“Russia bears responsibility for what happened in Poland, because this is a direct result of the ongoing war and the wave of attacks from Russia against Ukraine,” said Stoltenberg.

The incident has led to renewed calls for a NATO-patrolled “no-fly zone” over Ukraine, although Germany has signalled that it would oppose such a move, warning that it risks escalation. The United States is also thought to be against policing a no-fly zone.

The Przewodów incident occurred during the largest Russian rocket attack on Ukraine for several weeks.

Ukrainian authorities said it was yet another attack aimed at the country’s energy infrastructure facilities. The deputy head of presidential administration, Kyrylo Tymoshenko, said that the energy situation across Ukraine was “critical” as a result. At one stage early on Wednesday almost 10 million people were without electricity.

“Following Russia’s bombardment against the Ukrainian energy system in the last hour, one of the power lines that ensures the transport of electricity for our country has been disconnected,” Infrastructure Minister Andrei Spinu said in a statement. “This has led to massive power outages across the country.”

On Thursday, Ukraine and Russia agreed to extend their deal that allows for the export of grain through the Black Sea.

The agreement, first reached in July, created a protected sea transit corridor aimed at easing global food shortages by facilitating Ukraine’s agricultural exports from its southern Black Sea ports. It has now been extended for another 120 days.

Also on Thursday, a Dutch court found three men guilty of the murder of 298 people onboard flight MH17, which was shot down by a Russian surface-to-air missile when it was flying over eastern Ukraine in 2014.

The court handed down sentences of life imprisonment to the Russian nationals Igor Girkin and Sergey Dubinskiy and a Ukrainian, Leonid Kharchenko, after finding them guilty of bringing down the plane and the murder of everyone onboard. They were ordered to pay “more than 16 million euros” in compensation to the victims. The three men remain at large and it remains unclear if they will ever serve their sentences.

A third Russian national, Oleg Pulatov, was acquitted of the charges owing to lack of evidence about his role in the firing of the missile.

Hungary will set up an energy ministry as a separate entity effective from December 1, the prime minister’s chief of staff said on Monday, as the government seeks to address soaring energy prices. The new energy minister will be Csaba Lantos, chairman of the board of energy company MET Holding AG since 2009 and a former deputy CEO of Hungary’s OTP Bank. The change in government structure comes after Minister for Technology and Industry Laszlo Palkovics resigned last week ahead of the planned transfer of the energy portfolio to a new energy ministry.

The European Union warned Serbia and Kosovo on Monday that they are on the edge of a precipice and must resolve their dispute over vehicle license plates before next week or face the prospect of a return to their violent past. Long-simmering tensions between Serbia and its former province mounted in recent weeks over the Kosovo government´s decision to ban Serbia-issued license plates. On November 5, 10 Serb lawmakers, 10 prosecutors and 576 police officers in Kosovo’s northern Mitrovica region resigned over the move.

Slovakian battery maker InoBat said on Monday it has signed declarations of intent with the Serbian government to build an electric vehicle (EV) battery factory in the Balkan country with a capacity of up to 32 gigawatt hours (GWh). The plant would open with an initial capacity of 4 GWh in 2025. The Serbian government has agreed to provide funding of up to 419 million euros including grants and tax incentives to support the project, InoBat said.

Poland’s central bank (NBP) has forecast that inflation in 2022 will be 14.5 per cent, falling to 13.1 per cent in 2023, and that it will decrease to the single-digit figure of 5.9 per cent in 2024. The bank’s inflation target of 2.5 percent is only likely to be realised in 2025. According to Statistics Poland (GUS), in September of this year the rate of inflation in Poland reached 17.2 per cent while the October figure was 17.9 percent.

Romania’s economic growth slowed more than expected in the third quarter, weighed down by a severe drought and the energy crisis triggered by the war in neighbouring Ukraine. The country dodged a quarterly contraction, however, surprising analysts and easing concerns about an imminent recession. Gross domestic product advanced four per cent from a year earlier while the economy advanced 1.3 per cent compared with the previous quarter, the statistics office said on Tuesday.

The European Commission called this week for Romanian, Bulgarian and Croatian citizens to be able to travel freely without passports across Europe, which would expand the so-called Schengen area with no border checks to 29 countries. The EU executive asked the European Council, the grouping of the European Union’s 27 governments, to take the necessary decisions to admit the three countries to the passport-free zone that some 420 million Europeans already enjoy.

A team of researchers at the University of Sofia in Bulgaria may have figured out a novel method for detecting wormholes, theoretical shortcuts through space and time. The new method involves detecting extremely specific machinations of light — a certain type of polarisation that occurs in the theoretical throat of a wormhole — in order to differentiate the specific gravity radiation of a wormhole with an outlet from an inescapable black hole.