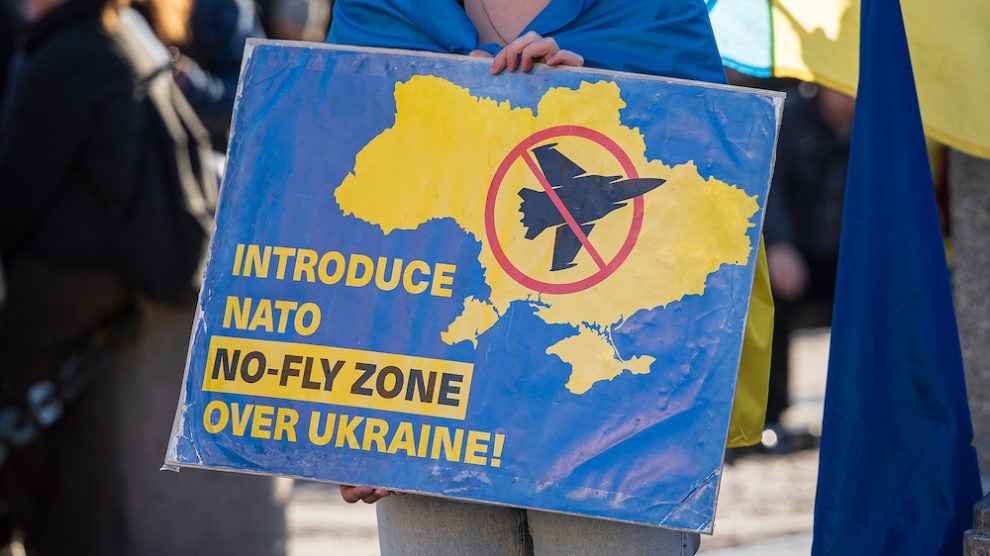 Ukraine has renewed calls for a NATO-patrolled ‘no-fly’ zone to be created over its territory. It is likely to once again be disappointed.

Mark Rutte, the Dutch prime minister and never a man to mince his words, has so far offered perhaps the best explanation as to why a rocket fell on the Polish village of Przewodów on Tuesday, killing two people.

“One thing is clear,” he said. “This would not have happened without Russia’s horrific missile attacks against Ukraine.”

It could take days – or even weeks – to establish precisely what happened in Przewodów, but both Poland and the United States have been quick to play down the incident in order to avoid escalating a dangerous situation. Any Russian attack on Poland – even accidental – would offer Poland cause to invoke NATO’s article five.

Article five is perhaps the best-known part of the North Atlantic Treaty – the collective defence principle that means an attack against one member is considered an attack on all. It has only ever been invoked once, following the September 11, 2001 attacks on the US by al-Qaeda.

Instead, in the immediate wake of the missile striking Przewodów, Poland it invoked article four, a formal consultation with the threatened NATO member about the risk posed. Artilce four was last invoked in February, when Bulgaria, Czechia, Estonia, Latvia, Lithuania, Poland, Romania and Slovakia requested to hold consultations following the Russian invasion of Ukraine.

On Wednesday morning, when it began to appear as though the incident in Przewodów had most likely been caused by a Ukrainian defence rocket that failed to intercept its target, Poland said that the consultation would no longer be necessary.

What Ukraine says is now increasingly necessary is a NATO-patrolled no-fly zone. Such a no-fly zone would deny Russia what is currently its only real weapon against Ukraine: missile attacks on civilian infrastructure.

“We were asking [NATO] to close the sky, because sky has no borders. Not for uncontrolled missiles. Not for the threat they carry for our EU and NATO neighbours. Gloves are off. Time to win,” said Ukraine’s Defence Minister Oleksiy Reznikov.

He is likely to be disappointed.

No-fly zones have in the past been used with success in Iraq, where they protected the country’s Kurdish minority in the north and Shiites in the south, and later in Bosnia and Herzegovina and Libya. In Ukraine, a no-fly order would mean creating a zone in which Russian planes were not allowed to fly: any that breached the no-fly zone would be liable to be shot down by NATO.

When Moscow launched its full-scale invasion of Ukraine in February, Kyiv – as well as its most staunch allies, including the Baltic states – were keen for NATO to create such a zone.

However, NATO secretary-general, Jens Stoltenberg, said at the time that a no-fly zone over Ukraine is not an option.

“We’ve agreed that we should not have NATO planes operating over Ukrainian airspace or NATO troops on Ukrainian territory,” he said, and has not appeared to have changed his mind. He did echo Mark Rutte’s words however by saying that although the missile that landed in Poland was “most likely” Ukrainian air defence systems or missiles, “this is not Ukraine’s fault”.

“Russia bears responsibility for what happened in Poland, because this is a direct result of the ongoing war and the wave of attacks from Russia against Ukraine,” he said.

Fighters over Poland, but not Ukraine

In the wake of the Przewodów incident Germany has already said that creating a no-fly zone remained off the table at it would pose a threat of direct confrontation between Russia and NATO.

It will come as little solace to Ukraine that Christian Thiels, a spokesperson for Germany’s defence ministry, did say that Berlin will offer to send its own warplanes to support patrols over Polish airspace.

“As an immediate reaction to the incident in Poland, we will offer to strengthen air policing with combat air patrols over its airspace with German Eurofighters,” he told reporters, adding, “we could start tomorrow.”

Ukraine will no doubt be left wondering quite how German fighters over Poland will protect its own skies.