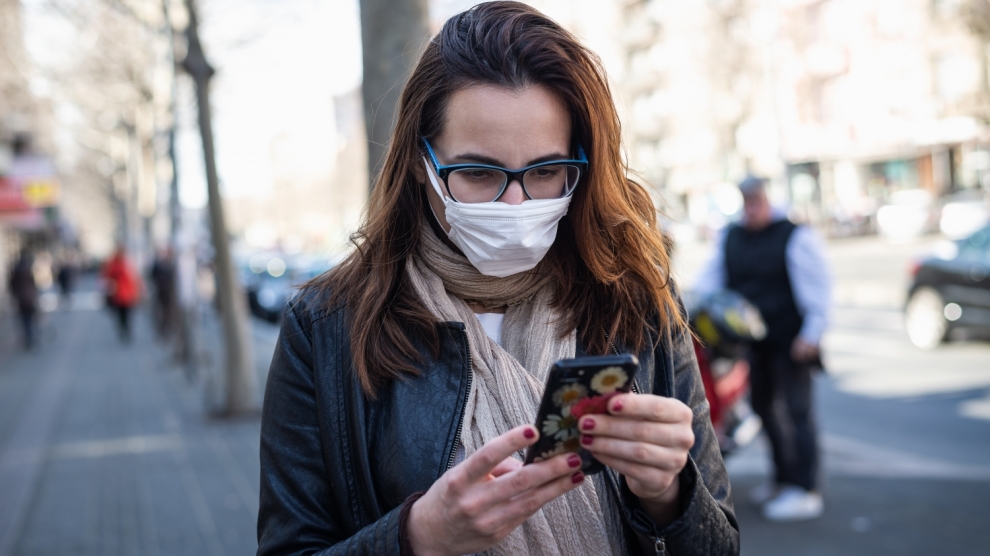 The number of coronavirus infections and deaths remains relatively low throughout emerging Europe in comparison with most western European countries, and two, Czechia and Poland, have begun to slowly ease confinement restrictions.

There may be several reasons for the low numbers, but the decisive one seems to be the speedy move to enforce strict lockdown measures. Border closures and restrictions on movement and gatherings were introduced much earlier than in countries further west. A concerted effort to persuade citizens to wear face masks may also have helped.

Last week, Czechia revealed the region’s most comprehensive exit strategy so far, which sees the country reopening in stages. DIY, hardware and building supply stores reopened on April 14, and on April 20 they were joined by farmers markets, craft shops and bazaars. Wedding celebrations with fewer than 10 people can also now take place.

From April 27, shops under 200 square meters in size will also be allowed to open, while from May 11, gyms and fitness centres will once again be able to welcome clients. From May 25, the outdoor areas of cafes, pubs, and restaurants will be able to open. Services including barbershops, hairdressers, pedicure and manicure facilities, spas and massage parlours, as well as museums, galleries and zoos will also be able open from this date.

In the final stage, tentatively scheduled for June 8, all businesses would be allowed to reopen, including bars, cafes, restaurants and hotels.

What Czechs cannot yet do is travel abroad, and the country’s president Miloš Zeman has suggested that borders should remain closed for quite some time, echoing comments made by Health Minister Adam Vojtěch, who said unrestricted travel abroad cannot be expected this summer. He did, however, suggest that Czechs might be allowed to travel to selected countries in which the epidemiological situation is rather good, such as Croatia and Slovakia.

In our weekly table looking at the number of coronavirus cases and deaths across the region, Georgia remains the least-affected country, with just 399 cases and 12 deaths. Only Montenegro, which has a much smaller population, has fewer reported cases, and only Latvia fewer deaths. In terms of deaths per one million inhabitants, however, Georgia is the clear regional leader. 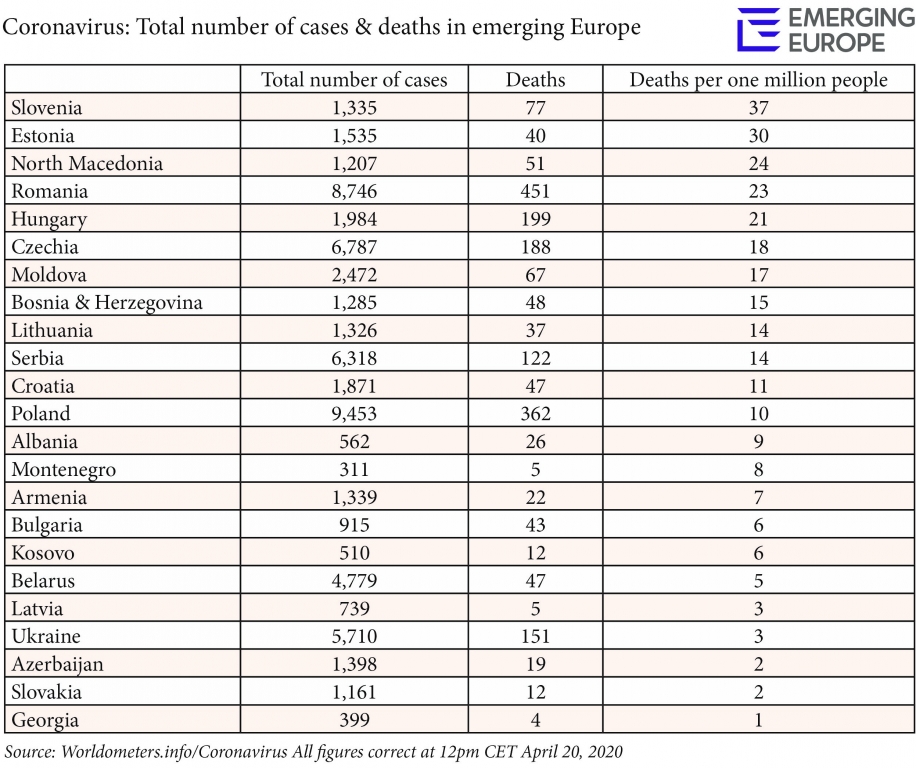 At the other end of the scale Estonia has the region’s highest death rate, caused in the main by a serious outbreak of the coronavirus on the island of Saaremaa due to the visit of a Milanese volleyball club, Power Volley, which participated in the 2019–20 CEV Challenge Cup matches held on the island on March 4 and 5. The highest number of deaths is in Romania, where 451 people have died.

The number of cases in Belarus continues to rise at an alarming rate, faster proportionally than in many nearby countries, with the country’s authoritarian leader Alexander Lukashenko continuing to negate the threat posed by Covid-19.

Reports have begun to emerge suggesting that the healthcare system in Belarus is being propped up by volunteers and crowdfunding campaigns as the country grapples with the pandemic.

It will this week be worth keeping an eye on the Orthodox countries in the region (Armenia, Belarus, Bulgaria, Georgia, Montenegro, North Macedonia, Romania, Serbia) to see if there is a spike in cases following the Easter weekend. While churches in most countries were closed as the faithful celebrated Easter at home, markets were packed on Friday and Saturday leading many to fear that a new outbreak could be imminent.

Meanwhile, governments will be looking carefully at what happens in Czechia following the slight easing of restrictions. Any new spike in cases could delay their own plans to ease restrictions.

Never let a good crisis go to waste (or why Bulgaria is speeding its way to the euro)
Saving Poland’s Białowieża Forest: Elsewhere in emerging Europe
Comment