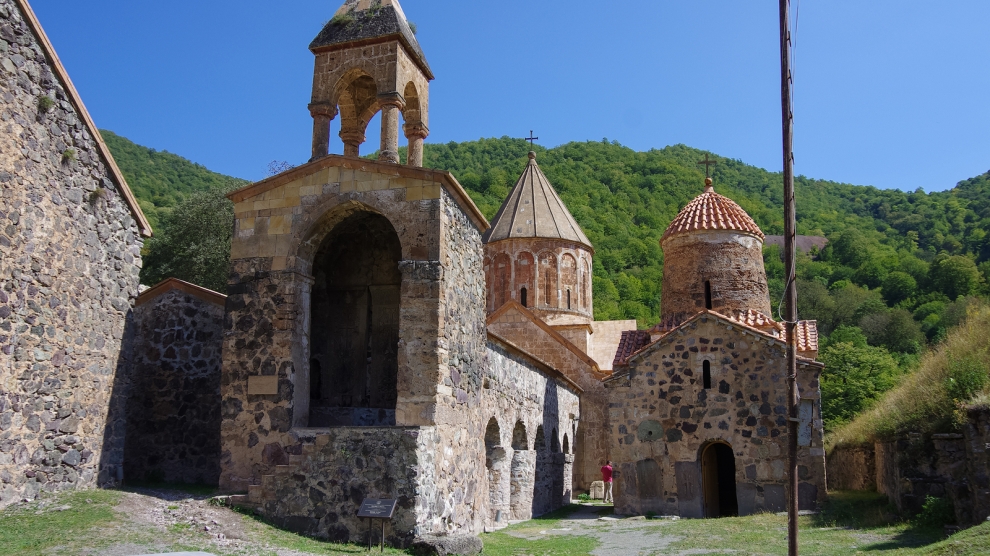 The meeting, hosted in Paris by the co-chairs of the OSCE Minsk Group, an international institutional framework assigned to facilitate negotiations between two sides, was followed by a very optimistic statement in which it was claimed that the ministers “agreed upon the necessity of taking concrete measures to prepare the populations for peace”. Moreover, OSCE negotiators “underlined the importance of possible mutually beneficial initiatives”, targeted to realise  the region’s economic potential.

An important factor impeding the peaceful resolution of the Nagorno-Karabakh conflict is the continued hostility of public opinion in both countries, making the possibility of a peace deal very unlikely. While the respective governments have not addressed this particular obstacle before, the new statement seems to have provided a glimmer of hope in that regard. Moreover, while it is not clear what the OSCE Minsk Group co-chairs refer to when pointing out the importance of reciprocal economic projects, in the light of potential economic isolation in the region – which stems from a lack of durable solutions to the territorial conflict – such a step would represent a remarkable development. As such, the Paris Statement has been hailed as the most positive step forward in a long time.

On the day the Paris Statement was released, Russian Foreign Minister Sergey Lavrov also touched on the Nagorno-Karabakh conflict. “The statements about readiness to search for solutions, including from Baku, deserve full support. We hope that our Armenian friends will reciprocate,” he noted.

The conflict between two countries started in 1988, resulting in Armenia’s occupation of 20 per cent of Azerbaijani territory. Despite the adoption of four UN resolutions on the conflict stipulating the unconditional withdrawal of Armenian forces from Nagorno-Karabakh, the country still holds extra-territorial jurisdiction over the occupied territories, while the international community continues to recognise the territorial integrity of Azerbaijan.