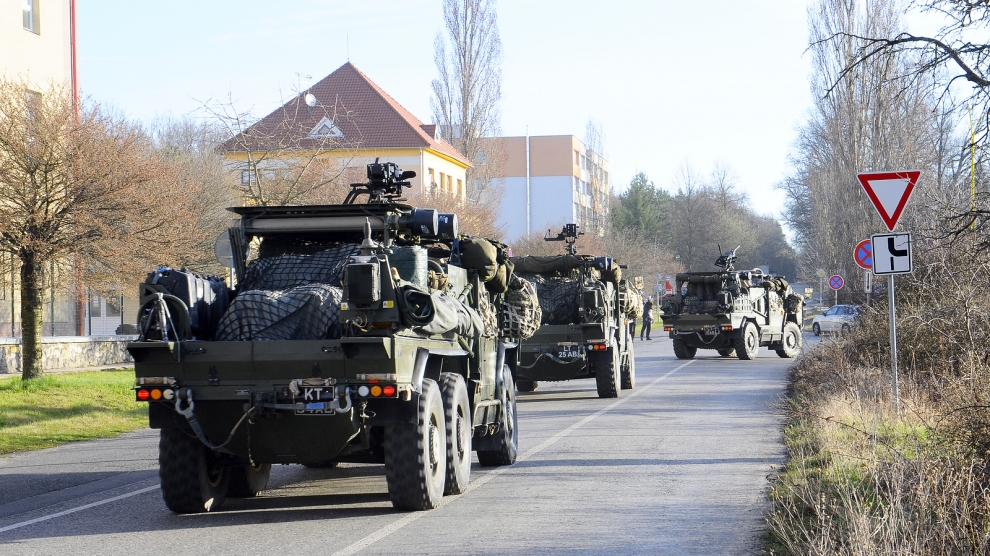 During a visit to the White House on September 18 Polish President Andrzej Duda suggested that he’d like the US to create a permanent American base in Poland that would be named ‘Fort Trump.’ Poland has offered more than 2 billion US dollars to pay for the US military presence.

“Poland is willing to make a very major contribution to the United States to come in and have a presence in Poland,” said US President Donald Trump during a meeting with Mr Duda. “If they’re willing to do that, it’s something we will certainly talk about.”

“President Duda and I have agreed to bolster our robust defence tasks, and we will enhance cooperation in military relations, intelligence, missile defence, technology and training. I’m proud to announce that Poland has recently purchased a state-of-the-art Patriot missile system,” added President Trump.

With an eye on Russian aggression in Ukraine, Poland is keen to strengthen its relationship with the US. Poland is aware that Mr Trump has been highly vocal about NATO members needing to up their military spending, which Poland has done. The US president has also complained about the cost of keeping large bases in other countries. The US president has said that he is increasingly interested in basing US troops only in countries willing to pay for their presence, accusing wealthy countries with US bases of “taking advantage of us.”

“When a country is very wealthy and when the United States has been protecting it for many years at tremendous cost, it’s time that they helped with burden-sharing,” he said.

Few independent Polish observers however give Fort Trump much hope of becoming a reality.

Former diplomat and former head of the Adam Mickiewicz Institute Paweł Potoroczyn pointed out on TVN24’s Tak Jest that: “I am not going to make a decision about the veracity of the statement,” (referring to Fort Trump), adding that it would only come to fruition “if the Pentagon considers it necessary for the defence of the United States.”

Analyst Łukasz Lipiński adds in a piece for Polityka that  “Duda is fleeing abroad,” suggesting that the president’s visit to the White House was merely an attempt to improve his domestic standing.

“After a series of failures and increasingly marginalised in domestic politics, the president looks for success in international politics. It may slightly improve his position, but only for a while,” writes Mr Lipiński.