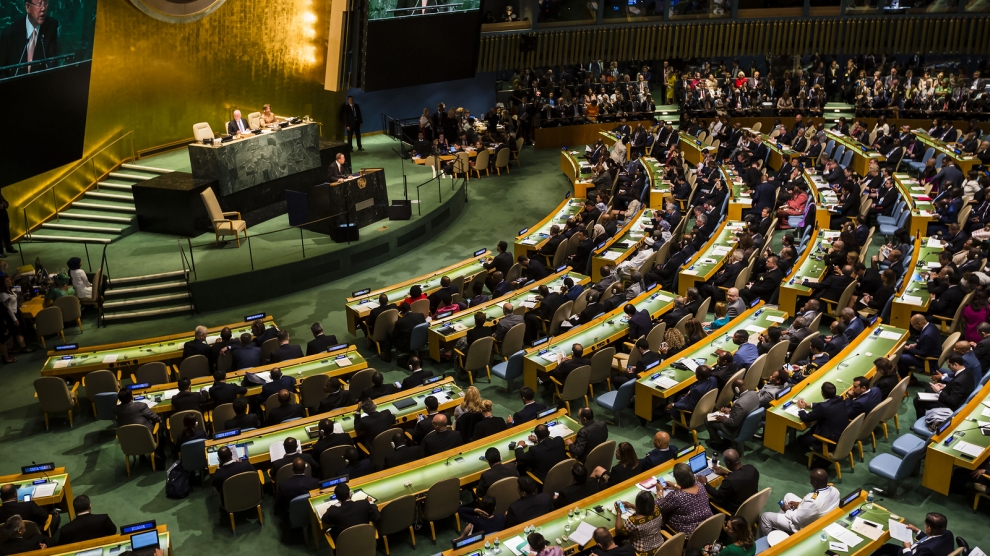 The fundamental principle of “sovereign equality of member states” will be the focus point of Poland during the second year of its term at the United Nations Security Council.

Andrzej Duda, the president of Poland, drew the attention of world leaders to today’s threats and importance of multilateralism at the 73rd session of the UN General Assembly. “If we want to be the advocates of multilateralism, and the UN is, after all, its source, we must bear the principle of sovereign equality of states in mind,” said the president in his speech.

Mr Duda emphasised the necessity of a rule-based global order where small states “should be given additional opportunities to make an impact, in order to make the equal rights of states more realistic.” He distinguished between positive and negative multilateralism, stating that the fate of others should not be decided without their participation.

The president underlined the importance of this principle in two key areas. Firstly, he touched upon the awaited reforms at the UN Security Council, which will expand the “field of equal rights and competences of all Council members,” On the other hand, he criticised the European Union for the systematic violation of positive multilateralism, noting that the EU should be reformed so that it may “return to its origins.”

Furthermore, Mr Duda attached importance to the Polish intention to rejoin UN peace-keeping missions, effective implementation of the Paris Agreement to fight climate change and stabilisation on the Korean Peninsula.

Since the inception of its term at the Council, Poland gave weight to preserving international law to work towards peace and security. It is expected that next year Poland will organise a multitude of initiatives centred around the idea of sovereign equality.