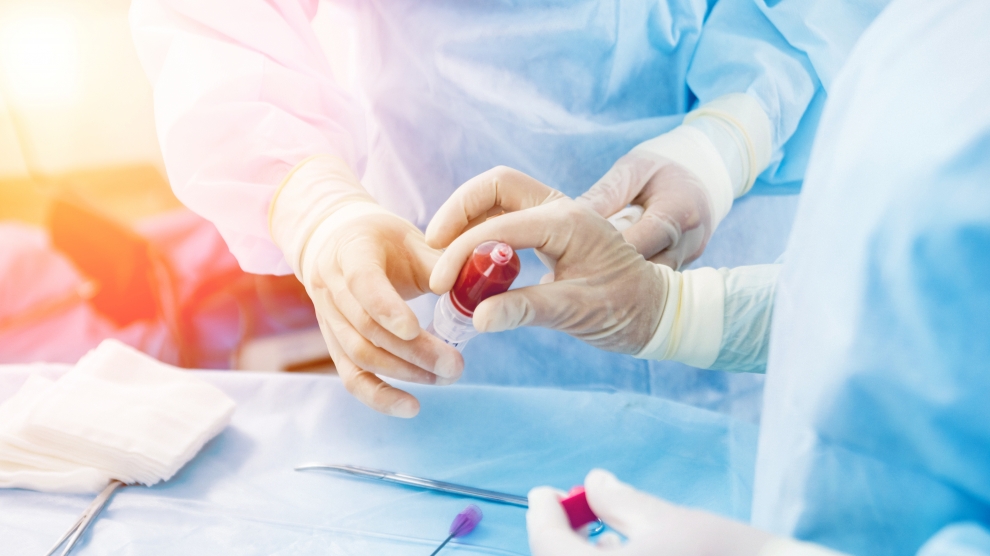 Even before the World Health Organisation (WHO) declared the Covid-19 pandemic in March, the scientific world has been focused on one thing – finding a cure.

While the race to find a vaccine escalates, others have directed their efforts towards finding effective drugs. And it isn’t easy. Due to the nature of the virus, there appears to be no silver bullet. While some medicines have eased symptoms, others, such as the Donald Trump-endorsed hydroxychloroquine, has left patients open to potential harm.

However, as the world braces itself for a second wave of Covid-19, there have been some exciting developments that offer hope. One of these developments has been in emerging Europe.

Polish biotech company Biomed Lublin has been sending waves of excitement through the scientific community with its development of a new drug against the virus, based on convalescent plasma treatment.

Since securing research co-financing of five million zloty (1.13 million euros) in May, researchers at Biomed Lublin have worked around the clock to produce a drug in the space of just three months.

The treatment involves taking blood plasma from patients recovering from Covid-19, who have antibodies, which is then used to fight the infection in new patients, significantly boosting the body’s chances of combating the virus.

This operates differently to a vaccine, which stimulates an immune system response where antibodies protect the body for a long period of time. The problem with vaccines, as the world is discovering, is that they can take years to develop.

The benefit of Biomed Lublin’s approach is the speed at which it can be developed. “Our drug is Immunoglobulin Anti-SARS-CoV-2 – a protein produced by plasma cells,” CEO Marcin Piróg tells Emerging Europe. “It will be produced based on plasma taken from blood donors who recovered from Covid-19 and have a given level of antibodies. It can be produced within months after any new virus arises.”

Another benefit of the plasma-based treatment is that the nature of its purification means you can effectively select its shelf life without losing its therapeutic properties, even over several years. This means that if given the green light, production can begin immediately allowing stocks to be built up for subsequent waves.

Already, the WHO and the Polish Ministry of Health have issued positive recommendations for this form of treatment, which has succeeded after a three-pronged clinical trial. These trials showed successful responses, lessening the severity of the virus, including reducing the need for ventilation, length of hospitalisation and overall disease progression.

While according to Mr Piróg, the prophylaxis of the drug against the virus still needs to be clinically trialed, it could be a game-changer for the 18 million infected worldwide.

A recent University of Oxford report has also detailed that this form of plasma therapy has no adverse effects on patients, with one dose sufficient enough to increase virus antibodies. Yet, while it does need to be subjected to further rigorous treatment before it becomes mainstream, researchers remain hopeful.

According to its CEO, Biomed Lublin’s development of this drug may mean that Poland is the first in the world to develop an effective plasma-based treatment. This feat required the cooperation of not just researchers and scientists but Poland’s Ministry of Health which oversaw the organisation of the blood donations through 21 regional treatment centres.

If all continues to go to plan, the wait shouldn’t be long before the treatment is fully available.

“We are completing the collection of plasma from Covid-19-recovered donors to produce the first batch of our drug. Depending on the titre we will produce 2,000-4,000 ampules for clinical trials,” explains Mr Piróg. “Production should start by mid-August and the product shall be delivered to hospitals running trials by the end of September.”

Already, the drug is gaining traction, and contracts signed with both Germany and Turkey allow the company to further improve results in co-ordinance with sales.

This success from Biomed Lublin follows the company’s 75-year history of dealing with epidemics and pandemics.

“We produced dozens of different vaccines, serums, and immunoglobulins to save lives and make people feel safe for several generations,” says Mr Piróg. One of the company’s most notable successes has been the BCG-10 vaccine against tuberculosis, as well as playing a fundamental role in the development of treatments against diseases such as rabies, typhoid, and tuberculous.

This strong history meant that even before the pandemic arose, Biomed Lublin, previously known as the Laboratory for Production of Vaccines Against Typhus, had the required technology to produce a convalescent plasma treatment, again speeding up the process.