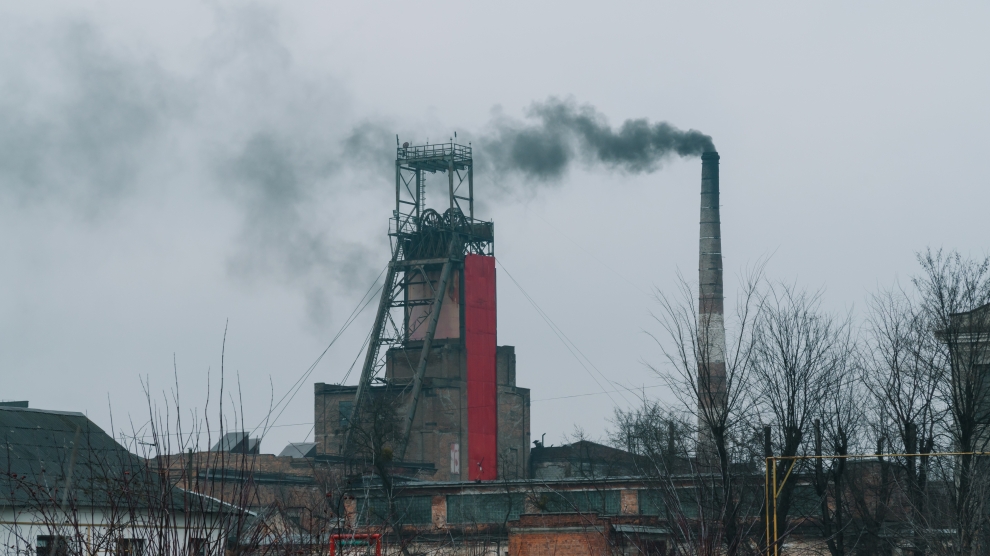 Poland appears to have finally committed to removing coal from its energy mix, although not in the immediate future, and details of how the country will go about phasing out the fuel remain sketchy at best.

“We believe that Poland’s dependence on coal energy will come to an end in 2050 or even 2060. Today, the capacity market makes it possible for us to ensure the financing of coal energy until 2040. (…) At the same time, the non-coal sector will have to make huge investments in alternatives to coal,” the country’s Minister of State Assests, Jacek Sasin told Polish daily Dziennik Gazeta Prawna.

Predictably, perhaps, Poland has not missed the opportunity to use its exit from coal as yet another stick with which the bash the European Union.

“We need huge investments in carbon-free energy, which is imposed on us by European policy,” said Mr Sasin. Poland is the only EU member state not to have signed up to the bloc’s 2050 climate neutrality targets. Until it does so, Poland would only be able to access 50 per cent of its allocated green transition funding.

“We have all been surprised by the pace of climate policy changes. Today we need to reevaluate and take into consideration what is happening around us,” Mr Sasin said.

In truth, the Polish government will be as pleased to have finally committed to an exit from coal as anyone else. Long a source of national pride, the country’s continued reliance on coal for more than 80 per cent of its electricity had in recent years become a national embarrassment, not least as Polish coal is not as cheap as it once was. Indeed, Poland has long been importing coal to fire its power stations, weakening arguments about coal as a guarantor of energy security.

For all its bluster – it took power in 2015 partly on promises to sustain coal – Poland’s ruling Law and Justice (PiS) party has not shied away from closing loss-making mines and has encouraged considerable investment in renewables, particularly solar energy. However, last week it unexpectedly backed out of a plan to close two further mines in an attempt to avoid conflict with mining unions, who want the phase out of coal to take “no less than 40 years”.

The minister’s admission that the canary in Poland’s mines had finally succumbed came as he announced plans to merge the country’s three utility giants, PGE, Enea and Tauron, into two groups as part of a planned reform of the entire energy industry. The two new groups will comprise the coal and non-coal operations of the three companies.

Access to finance – or rather, a lack of it – has also weighed heavily in Poland’s decision. In May, Enea, along with another Polish energy company, Energa, said that they were ending their involvement in the construction of a new coal-fired power plant after PKN Orlen – Energa’s main shareholder – said it no longer wanted to be part of the controversial 1GW project in its current form. Their withdrawal, along with Mr Sasin’s announcement, means that Poland has almost certainly built its last coal-fired power plant.

The writing had been on the wall for the 1.5 billion-euro plant at Ostrołęka, north east of Warsaw, since February, when Energa and Enea suspended financing citing difficulties in raising investment capital as well as EU climate policy and new European Investment Bank (EIB) financing policies.

“This project was never viable, whether from a financial or a climate perspective, as its sponsors were repeatedly warned,” says ClientEarth litigator Peter Barnett. “Investors are fleeing coal.”

This leaves governments to pick up the bill. In a report published in June, ClientEarth and economics think-tank WiseEuropa revealed that the life of Polish coal is artificially sustained by public money. Between 2013 and 2018 alone, the country spent as much as 6.8 billion euros on bailouts to forms of energy Poland has traditionally relied on.

The report, Subsidies: A Driving Force or Obstruction for the Polish Energy Transition? presents all forms of state aid granted to the Polish energy sector since it joined the EU, up to 2023. The authors assessed state aid mechanisms in terms of their legality, costs, environmental effects and impact on the transition towards greener energy.

“Despite politicians loudly promising to increase support for green technologies, renewable energy developments are largely omitted from the recipients list for subsidies. Instead, two-thirds of public money every year is spent on ‘conventional energy’, mainly coal,” says Marcin Stoczkiewicz, head of Central and Eastern Europe at ClientEarth.

Instead, Poland has continued to support doomed coal plants. In 2019 alone, the country’s largest and most polluting installation – Bełchatów Power Plant – received as much as 114 million euros in subsidies. That corresponds to about 10 per cent of its total revenue. As the power plant has been burning biomass along with coal, it also benefited from funds for ‘green’ energy. According to the report, after 2020, the subsidies for Bełchatów Power Plant will increase even further.

This raises the question of how much money should be sunk into fossil fuels after they are no longer economically viable.

Poland – along with Czechia, Romania and Bulgaria – must now define a strategy to phase out coal. The four countries are among the EU’s most coal-intensive economies that have not yet defined a plan to exit the fuel. Between them, they still have more than 50GW of coal and lignite still on the grid, and this accounts for nearly two-thirds of Europe’s coal capacity not covered by a coal exit policy.

It showed that current market conditions and existing policies can accelerate the transition away from coal to cleaner, more affordable sources of energy. The BNEF paper maps least-cost transition pathways revealing the untapped economic gain that will result from a speedy transition towards cleaner energy. For these critical countries, the report outlines how the transition to renewables can unlock 54 billion euros in investments and create 45,000 jobs – just the kind of stimulus the economy needs to recover from Covid-19.

Discussion on the future of the power sector in Czechia meanwhile is at a crucial stage. The country’s Coal Commission is preparing a detailed plan for coal phase-out, looking at the timeline, associated regulatory steps, and transition mechanisms in mining regions. The results of this study should be ready by the end of 2020, and BNEF hopes the least-cost scenarios detailed in this white paper will contribute to this discussion ahead of the release of the plan.

Half of the country’s fleet is powered by coal, which was also responsible for around half of electricity generation in 2018. The country has acknowledged the inevitability of a phase-out, but anticipates some coal remaining in the system through 2050.

Romania enjoyed a brief blossoming of renewables early in the last decade, installing 3GW of onshore wind, but subsequent subsidy cuts stalled the market. Nearly 6GW of coal remain on the system. There is no sign of coal retirement announcements beyond acknowledgement that just over 1GW of coal are to close between 2020 and 2030. Some plants have already ceased to operate due to increasingly uncompetitive economics. Romania’s fleet is also home to some of Europe’s oldest and most polluting coal plants, and recent concerns about domestic air quality have made the conversation on coal generation even more urgent.

Bulgaria generated 40 per cent of its power in 2018 from a coal fleet that has the EU’s highest emission intensity. Much still needs to be done to prepare the country’s energy transition, both in terms of support for renewable energy sources and in terms of any discussion of phasing out coal. The size of the fleet and the fact that Bulgaria is still in the early stages of its energy transition make it a key market to address. The country has potential for both wind and solar, and costing renewable sources versus fossil fuels provides a fruitful starting point for the discussion.

Outside of the European Union, Serbia and Bosnia and Herzegovina still plan new lignite power plants, with the support of Chinese companies and banks. However, compared to just a few years ago, when all the countries of the Western Balkans, except Albania, were planning to build at least one new lignite unit, now Montenegro, North Macedonia and even the heavily coal reliant Kosovo are gradually dropping those plans, according to Bankwatch, the largest network of grassroots, environmental and human rights groups in Central and Eastern Europe.