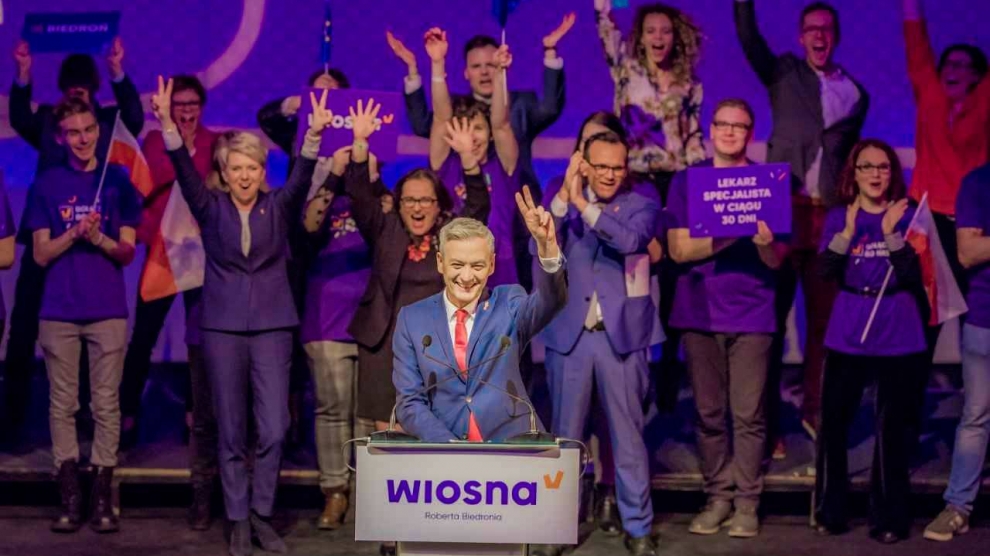 If Poland were to hold parliamentary elections in the coming days, the new progressive party of Robert Biedroń would have reason to be pleased.

Just a few days after the founding convention for his party Wiosna, the party has the third highest level of support according to a survey conducted by Kantar Millward Brown for TVN and TVN24.

According to the poll, The United Right, the ruling coalition of Law and Justice (PiS), Solidarna Polska and Porozumienie still maintains the highest level of support, at 29 per cent. They are followed by the Civic Coalition (comprised of the Civic Platform (PO) and Nowoczesnek) with 20 per cent, with the newcomer Wiosna on 14 per cent.

In addition to the three above, the other four parties which would break the five per cent threshold to enter parliament would be Kukiz’15 with a score of seven per cent, Sojusz Lewicy Demokratycznej (SLD) with six per cent, and the Freedom party and Polskie Stronnictwo Ludowe (PSL) each with five per cent.

Mr Biedroń is hopeful that it will gain a significant number of seats in May’s European elections. Elections to the Polish parliament take place in November.