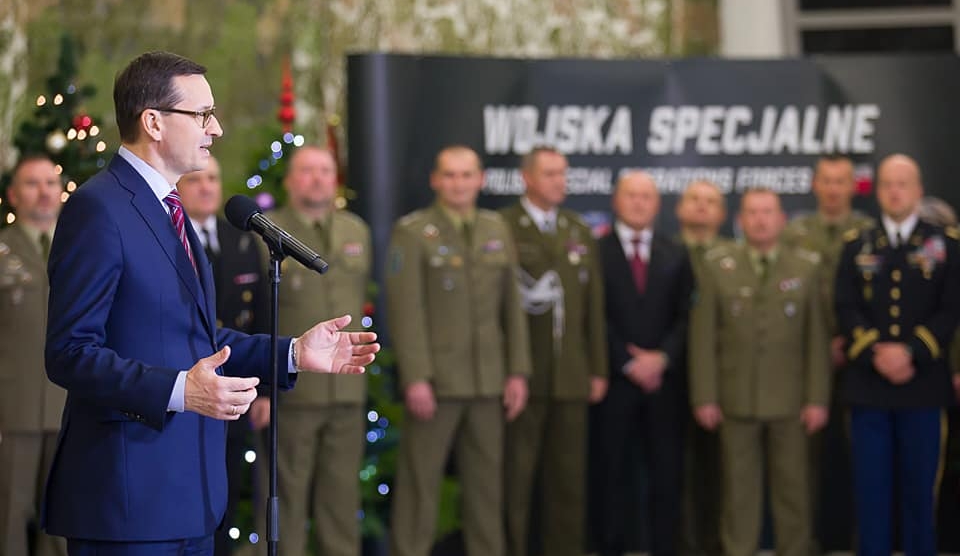 Recent claims made by Russia’s president Vladimir Putin about the causes of World War II threaten “what Europe means”, the Polish prime minister Mateusz Morawiecki has said in a statement.

Responding to Mr Putin’s criticism of a European Parliament resolution which stated that the 1939 Molotov-Ribbentrop pact between Nazi Germany and the Soviet Union, named after the diplomats who signed it in Moscow, “paved the way for the outbreak of World War II”, Mr Morawiecki said that it was essential to tell the truth about World War II, and to object to any attempts at distorting history. Mr Putin has called the European Parliament’s resolution “sheer nonsense” and has accused Poland of “colluding” with Nazi Germany.

“The memory [about World War II] is particularly important for Poland – the war’s first victim,” said Mr Morawiecki. “Our country was the first to experience the armed aggression of Nazi Germany and Soviet Russia. Poland was the first country that fought to defend free Europe.

“However, resistance to these evil powers is not only the memory of Polish heroism – it is something much more important. The resistance is the memory of the entire now free and democratic Europe that fought against two totalitarian regimes. Today, when some want to trample that memory for the sake of their political goals, Poland must stand up for the truth. Not for its own sake, but for the sake of what Europe means.”

Mr Morawiecki went on to praise the European Union and the United States for imposing sanctions on Russia over its annexation of Crimea in Ukraine, and suggested that Mr Putin’s comments about World War II were an attempt to “cover up” Russia’s many problems.

“In recent weeks Russia has suffered several significant defeats,” said the Polish PM. “It failed in its attempt to take complete control over Belarus, the EU once again prolonged sanctions over its illegal annexation of Crimea, the so-called Normandy Format did not result in lifting these sanctions and simultaneously further restrictions were introduced, this time by the US, significantly hindering the implementation of the Nord Stream 2 project. At the same time Russian athletes have just been suspended for four years for using doping. I consider Mr Putin’s words as an attempt to cover up these problems.”

On December 11, the US Congress endorsed a bill sanctioning companies involved in the construction of Nord Stream 2 pipeline, which will deliver Russian gas to Europe without passing through Ukraine.

Despite the US sanctions, Russia is still confident of completing Nord Stream 2 in the first half of 2020.

Mr Putin last week said his country has a “pipe-laying vessel” to complete the construction of the pipeline to Germany, the Russian daily Kommersant claimed. Mr Putin reportedly spoke about the vessel to a gathering of leading Russian businessmen saying, according to the newspaper, that the completion of the project would be “stretched” by several months because of the sanctions.