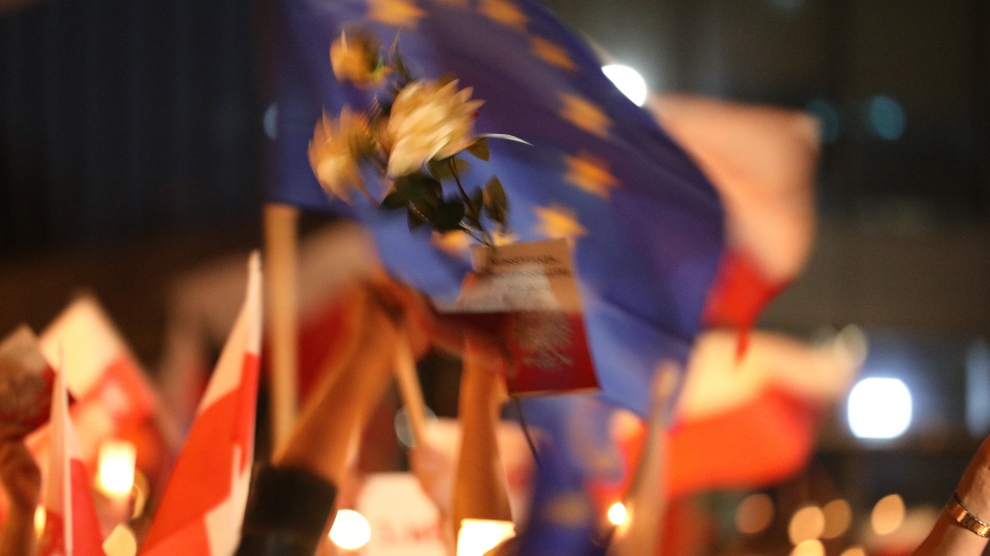 A Warsaw-based court has delivered a surprising verdict: 15 individuals who protested against legal reforms introduced by the ruling Law and Justice party (PiS) in the summer of 2017, broke the law by going out onto the streets of Poland’s capital, writes OKO.press. Each of the protesters was fined 200 Polish złoty (46 euros).

When delivering the verdict, Judge Katarzyna Rutkowska-Giwojno said the protesters hindered and blocked traffic and that public roads are a place where one should sit, eat or sleep. She does not seem to have taken into account the fact that the defendants participated in a legal demonstration.

On July 21, 2017, massive demonstrations were triggered by a controversial law which dismissed all sitting judges on the Supreme Court and allowed the government to replace them.  Under the previous system, judges were chosen by a body of legal experts, the Council for the Judiciary. Critics said this would end judicial independence in Poland and erode the separation of powers. Defenders of the bill argue that the previous selection process was an undemocratic legacy of the communist regime and that courts are corrupt and inefficient.

So far, courts have acquitted all protesters demonstrating in front of the Sejm (parliament), blocking nationalist marches or monthly gatherings commemorating the Smolensk accident. They referred to the constitutional right to freedom of assembly and freedom of speech as citizens held these rights even if that demonstrations resulted in restricted traffic.

“The judge’s oral justification shows that it was based on the Traffic Code. It is important to notice that an analysis of Poland’s responsibilities resulting from international regulations related to the freedom of assembly. The verdict is also undoubtedly unconstitutional and contradictory to the international law which is also part of the Polish law,” Anna Trocka, a lawyer who defended one of the protesters pro bono.