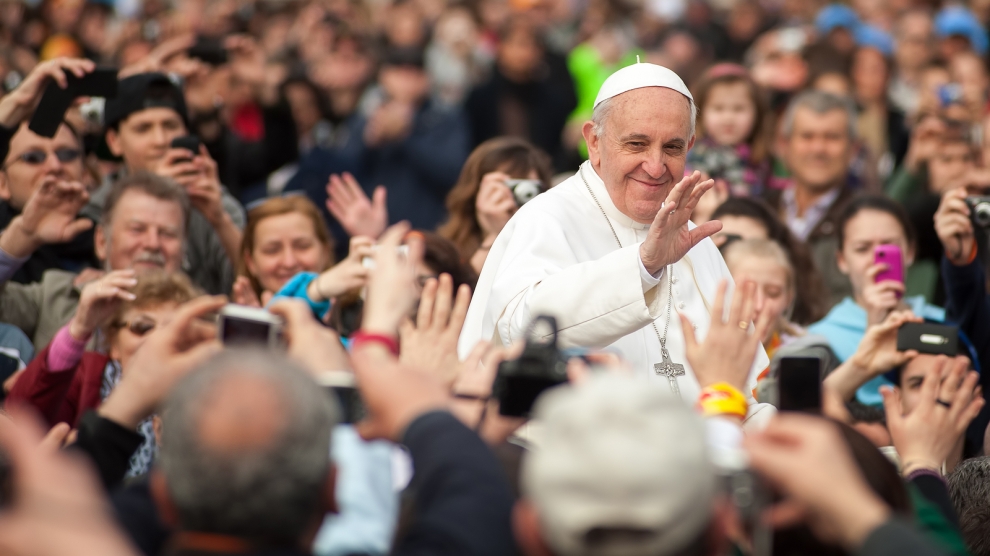 Pope Francis has addressed the issue of low birth rates, high levels of emigration and refugees during a visit to Bulgaria and North Macedonia.

“Bulgaria, like so many other countries of Europe, must deal with what can only be called a new winter: the demographic winter that has descended like an ice curtain on a large part of Europe, the consequence of a diminished confidence in the future,” said the pontiff during a meeting with officials in the Bulgarian capital Sofia.

The Pope called on Bulgaria’s government to “strive to create conditions that lead young people to invest their youthful energies and plan their future, as individuals and families, knowing that in their homeland they can have the possibility of leading a dignified life.”

Bulgaria has seen more than a fifth of its population, around two million people, leave the country since the fall of communism in 1989.

The Pope also urged government officials “not to close your eyes, your hearts or your hands” to migrants.

“I respectfully suggest,” Francis said, on a visit to a refugee reception centre, “that you not close your eyes, your hearts or your hands, in accordance with your best tradition, to those who knock at your door.”

In 2015, at the height of the Balkan refugee crisis, the Bulgarian Orthodox church issued a statement, signed by its leader, Patriarch Neophyte, urging the government not to allow more refugees into the country.

Francis later worshipped in Sofia’s Orthodox Aleksander Nevsky cathedral, and met Patriarch Neophyte, before travelling to Rakovski, the only major town in Bulgaria which has a predominantly Catholic population, where he held mass. On May 7 he heads for North Macedonia, the birthplace of Mother Teresa.

The visit is the first by a pope to Bulgaria since John Paul II visited the country in 2002. Central to the trip is Francis’s desire to do all he can to heal the rift between the Catholic and Orthodox churches, a schism that has divided Christianity for more than 1,000 years.

Later in May Francis will visit another Orthodox country, Romania, where he will create seven new saints. The seven were all members of the Greek-Catholic (or Uniate) church and imprisoned by Romania’s communist regime during the early 1950s for refusing to renounce their faith.