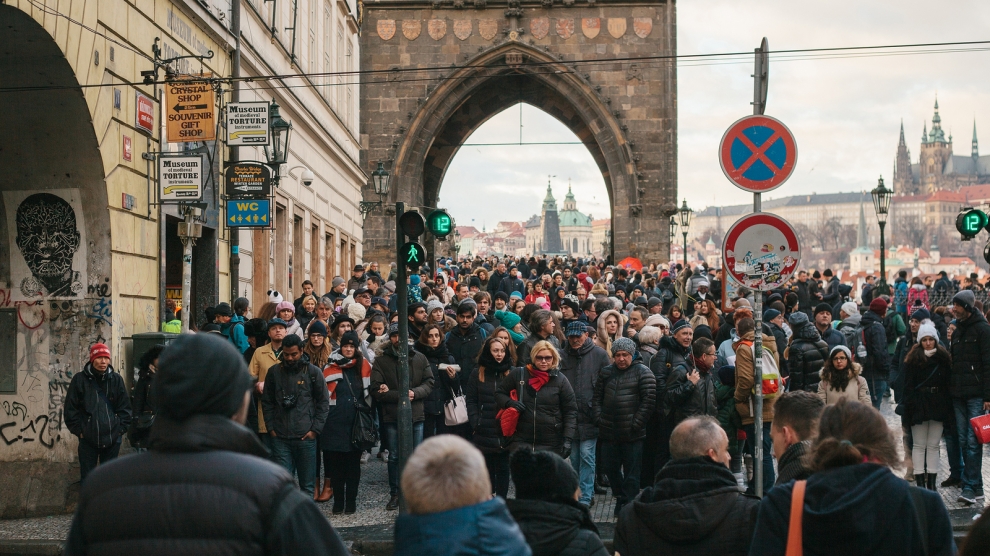 The Czech capital Prague is the 5th most popular European city for tourists, and is on course to welcome more than 8.5 million visitors in 2017, a 4.5 per cent increase on 2016. The figures were presented at the World Travel Market in November by Euromonitor International, which has been studying travel trends across the globe for the past decade.

Prague, which ranks 18th globally, is the only emerging European city to feature in the top 50. Budapest (55th), Warsaw (74th) and Krakow (75th) are the only other CEE cities to make the top 100. Budapest is one of the success stories of 2017: visitor numbers are up over 9 per cent making it one of the leading European performers in terms of growth. Krakow has seen a steep drop in visitor numbers this year, although it should be noted that the decline was preceded by strong growth in 2016, as the city hosted the World Youth Day.

An increase in the number of visitors is not all good news for Prague, however. Of all the cities in the top 50, Prague is one of the smallest, and may have already reached breaking point.

“I really do think that Prague has reached critical mass,” Mark Baker, author of the Lonely Planet Guide to Prague and the Czech Republic told Emerging Europe. “Most of the other cities on the list are much larger in terms of population or at least have a bigger central area where tourists can congregate. Prague’s old core is comprised of narrow streets pressed into a relatively small area.”

“The tourist authorities do not appear too concerned about the growing numbers. Their plan is to try to divert tourists out of the centre toward the outlying neighbourhoods (called in the industry ‘changing the geographic distribution’). I’m not sure how successful that will be as people come here for the Old Town Square and Charles Bridge (not the neighbourhoods of Smichov and Karlin). The authorities are limited by economic realities: about 1 in 10 Prague residents now works directly for the tourism industry, so it’s a vital part of the economy,” added Mr Baker. “I think Prague dodged a bullet this summer as Venice and Barcelona gobbled up all the ‘overtourism’ headlines … Prague could also, sadly, become the face of overtourism someday soon.”

The world’s most visited city in 2017 is once again Hong Kong (25.7 million visitors), followed by Bangkok (23.2 million), with Europe’s most popular destination London a distant third (19.8 million).