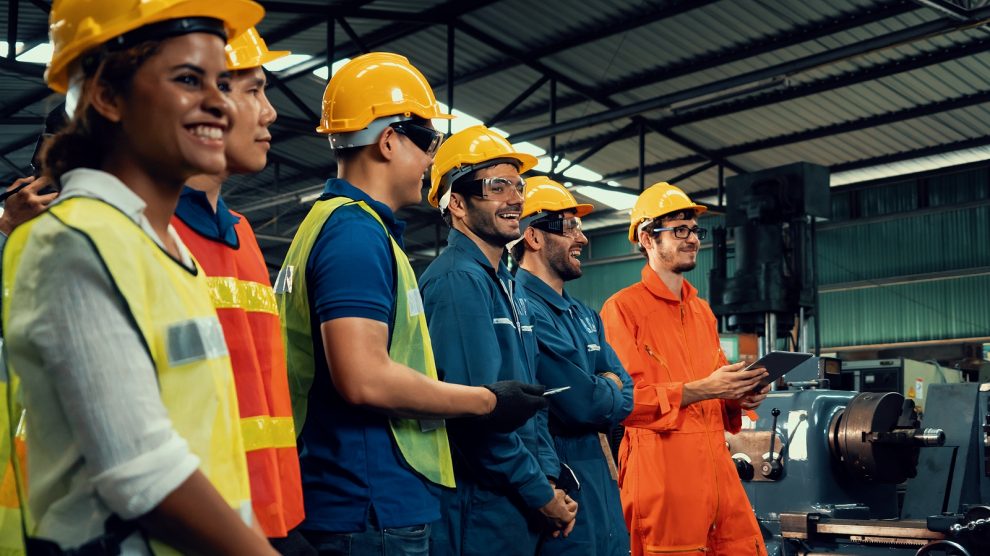 What steps does emerging Europe need to take in order to secure the wellbeing of its citizens in a world where post-growth economic thinking is increasingly seen as the way forward?

Sustained prosperity in the countries of emerging Europe is only possible if the drive for short-term growth and profit is substituted with a focus on increasing citizens’ overall quality of life.

According to Beata Javorcik, chief economist at the European Bank for Reconstruction and Development (EBRD), the last 30 years were a period of easy growth, in Central and Eastern Europe, catching up with and importing knowledge from the West.

“Now the region needs to find a new way to grow through its own innovation, and that’s much harder,” she says.

Javorcik was one of a number of high-level experts who took part in a discussion on the broader subject of prosperity at the Future of Emerging Europe Summit, organised by Emerging Europe on September 15 in Brussels.

There was general agreement that as short-term growth no longer offers the possibility for economic development, countries now face the uneasy task of finding a new anchor for reforms.

One of these could be the opportunities offered by the transition to a low carbon economy.

Javorcik believes that the push for a low carbon future for the region may offer a much-needed new direction for Central and Eastern Europe.

“In practice, enormous innovations are needed in order to implement this transition, and because low carbon transition provides a very clear policy direction, and if there is a national consensus that a county wants to pursue this, it can be locked into a reform path,” she says.

The faster regional decision makers become aware of this, she adds, the more their nations will benefit.

“Countries that can show that they are ready to embrace low carbon transition early will be a step ahead when it comes to innovation and adjustment. Countries where policy makers are more hesitant risk lagging behind,” asserts Javorcik.

One of the risks to businesses posed by a late energy transition is the loss of competitiveness if exporters are not held to the same standards at home as they are internationally.

While some countries in the region are reluctant to cut their dependence on traditional sources of energy, such as coal and gas, Oleg Krot believes that businesses in the region should not fear becoming less competitive by embracing sustainability.

“In fact it gives them a huge advantage,” he says. “A large number of new companies who are only emerging now will be shaping our future – such companies can build ESG [environmental, social and corporate governance] into their corporate fabric, and thus become more successful in attracting capital on the global market that they must aspire to do,” he says.

Javorcik sees the countries of the CEE region as not yet decisive enough in terms of choosing a direction on which to rely for their future growth, while somewhat similarly the GDW’s Marek Dietl argues that these countries also tend to be rather “picky on where investment comes from”, thus simultaneously raising the question of how to change this risk averse business culture.

“New engines of growth are needed as the increase of employment and the rise in productivity have been exhausted as potential sources of growth in our region,” adds McKinsey and Company’s Jurica Novak.

The clear answer to the issue of risk aversion, according to Novak, is digitalisation

“Digitalisation serves as an opportunity, and it has now truly taken off,” he says.

Dietl offers Poland as an example, which, with a staggering 70 video game production companies listed on the country’s markets, “has now emerged as the clear world number one in the sector”.

The process of digitalisation in the emerging Europe region has been further accelerated by the Covid-19 pandemic, says Javorcik.

“More services can be exported, travel has become less essential, and there has been an increase in online shopping. Firms that were previously only working locally have become national suppliers and maybe even exporters,” she points out.

However, the economist does not deny that, “digitalisation will be a shock just like globalisation was. It creates lots of opportunities for highly competitive firms but will also create difficulties for less productive ones.”

For example, a greater embrace of online shopping can also bring about greater competition from firms outside of each country and the region.

Robots in the labour market

Another aspect of the increasing presence of digital technologies in the daily lives of the citizens of emerging Europe, which some from the region and beyond have described as potentially problematic, is the robotisation of work spaces.

But as Dietl points out, the robotisation of certain type of jobs as an opportunity to improve living standards, rather than the opposite.

“This brings quality to our work because repetitive tasks have been take over by the machines, while the humanistic parts of our jobs are increasing,” he says.

According to its CEO, the Warsaw Stock Exchange has already introduced robots to the workplace, but this has not led to any layoffs as a consequence.

Dietl further points to the fact that some of the lowest unemployment rates in the EU are in Central and Eastern Europe: “instead of taking away jobs, robots can provide a much-needed addition to the work force,” he says.

No one left behind

Nevertheless, despite the low unemployment rates in the region, robotisation could pose a threat to many of the blue-collar workers in the region – and beyond.

A so-called robot tax has been proposed as one possible mitigating solution. It has been suggested that an added tax on companies who benefit financially from the utilisation of robots can be used to retrain citizens of working age who have been affected by robotisation.

Dietl agrees that the robot tax could be the way to go for some countries of the region, further pointing to the increasing likelihood that central banks will likely soon start issuing national digital currencies, which could, in turn, further facilitate the introduction of this type of taxation.

“If central banks start issuing digital currency we will know exactly what the flow of money represents, and we can introduce some sort of social policies giving people this digital currency. These are smart policies for people who may be left behind,” he says.

Amongst those likely to suffer most from not just robotisation but the general growing need for digitalisation of daily life are people with limited digital skills, of which the elderly and those belonging to socially excluded communities are most likely to fall into this category.

“Digitalisation is great for young, digitally savvy workers, but not so much for elderly people who are at a high risk of being pushed out of labour market,” Javorcik outlines, further stating that, “EBRD data consistently shows that elderly people from this region have low IT knowledge.”

However, this is not an entirely new issue and finding a solution is possible.

“History teaches us that as jobs are being destroyed new jobs and new products will emerge – but we need to remember that there will be a transition period. As workers lose jobs they need to be retrained and they need to find new jobs. We need to take care of them during that time. The idea is not to protect the jobs but to protect the workers,” adds Javorcik.

“Technological progress is like a tsunami, we cannot stop it,” she concludes.

You can watch the full discussion between Beata Javorcik, Oleg Krot, Marek Dietl and Jurica Novak – moderated by the BBC’s Kasia Madera – here.

Croatians get visa-free access to the US: Emerging Europe this week
Poland all but confirms Amnesty’s claims of illegal refugee pushbacks
Comment