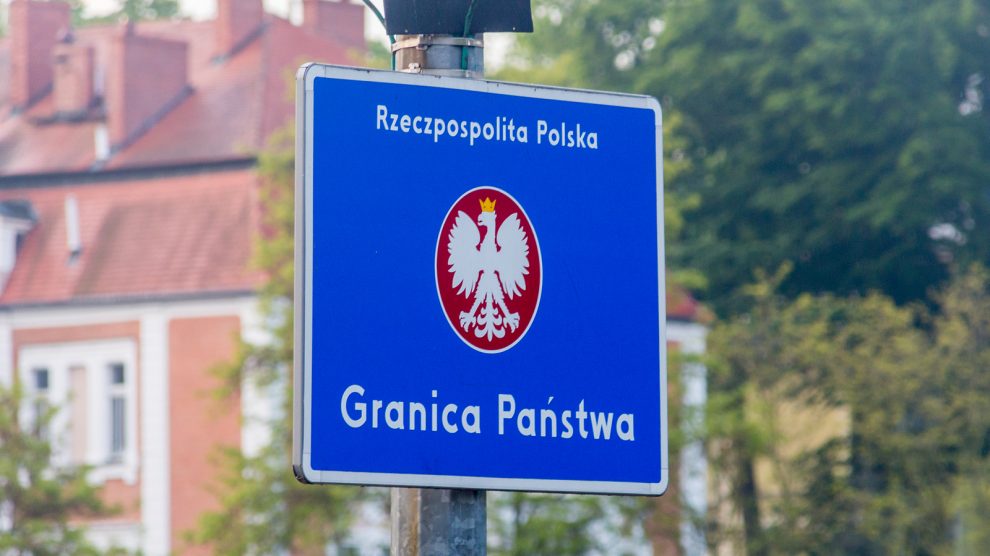 Defying international human rights law, Poland carried out unlawful pushbacks of refugees on its border with Belarus, Amnesty has claimed. Its tough stance, however, appears to be popular.

Poland carried out an unlawful pushback of a group of migrants camped out on its border with Belarus in late August, analysis of satellite imagery and other photos and videos by Amnesty International claimed on September 30.

Amnesty’s digital investigation revealed previously unknown details about the situation facing 32 Afghan asylum-seekers, including four women, 27 men and one 15-year-old girl, who are trapped on the border between Poland and Belarus without food, clean water, shelter and medicine since at least August 18.

Using satellite imagery and photographs to measure the area and 3D reconstruction, Amnesty says that it has established the group’s position on the border and found that in late August their position had shifted overnight from Poland to Belarus, in what appears an unlawful forced return.

In response to Amnesty’s claims, Polish government spokesperson Piotr Mueller said that “whoever crosses the frontier illegally must expect deportation”, all but confirming Amnesty’s analysis.

Amnesty says that its reconstruction shows that on August 18, many of the 32 people, who had entered Poland from Belarus, were on the Polish side of the border, surrounded by Polish border forces.

However, one day later they were back on the Belarusian side of the border. Amnesty believes that this movement could constitute evidence of an unlawful pushback because it appears that the movement occurred as armed Polish border guards surrounded the refugees’ makeshift camp.

“Poland has been cruelly holding this group of people on their border in horrendous conditions for weeks,” says Eve Geddie, director of Amnesty International’s European Institutions Office. “Our analysis shows irrefutably on August 18, their position shifted from Poland to Belarus overnight, which strongly suggests that they were victims of an unlawful pushback.”

On August 20, all 32 Afghans stuck on the border made applications for international protection in Poland, with the help of lawyers, showing that they wished to remain in Poland.

Interim measures granted by the European Court of Human Rights (ECHR) on August 25, and subsequently extended on September 27, instruct Poland to provide the group with assistance, including “adequate food, water, clothing, medical care and, if possible, temporary shelter”.

Poland has so far failed to comply with the interim measures.

Since then, the group has remained trapped between Polish and Belarusian borders guards.

Poland has restricted movement in the area and introduced rules, on August 20, allowing for people intercepted at the border to be returned to the border with Belarus.

On September 2, Poland declared a state of emergency at its borders with Belarus, limiting journalists and NGOs from accessing the area. The state of emergency has prevented the oversight of potential human rights violations, raising concerns about the treatment of refugees and migrants in the area, including the unlawful return of other people back across the border to Belarus.

Since September 19, five people have died in the border area, including as a result of hypothermia.

“The dire situation facing the Afghans on the border is one that the Polish government has created. The declaration of ‘the state of emergency’ is illegitimate and must be lifted. The situation at the country’s borders does not constitute a public emergency by European and international definitions,” adds Geddie.

“Forcing back people who are trying to claim asylum without an individual assessment of their protection needs is contrary to international and EU law. The introduction of new laws and measures that attempt to legalise pushbacks do nothing to change that.”

On September 28, Poland’s government said that it would ask President Andrzej Duda to extend the state of emergency for a further 60 days to support efforts to stop the influx of migrants that Warsaw says is coordinated by Belarus.

There nevertheless appears to be widespread support for the government’s hardline stance.

“Given that the government presents a ‘militant narrative’ of defending the homeland against ‘terrorists from ISIS’, its core electorate is unshaken by more worrying revelations on human rights abuses,” Paulina Lenik, a researcher at UCL’s School of Slavonic and East European Studies tells Emerging Europe.

“I am not sure if it will be a ‘vote winner’ – we will see how this situation evolves. However, [the ruling Law and Justice party] PiS traditionally has a steady 30 per cent that seem unfaltering despite such crises. Maybe rampant inflation will open some eyes.”

Support for PiS has also appears to have been bolstered by its stance over the controversial open-pit coal mine at Turów, close to the country’s borders with both Czechia and Germany.

On September 20, the European Court of Justice (ECJ) ordered Poland to pay a fine of 500,000 euros for each day it continues extracting coal at the mine. This came after Poland defied an order from the European Commission in May to halt operations at Turów.

Poland has said it will not pay the fine.

In February, the Czech government filed a lawsuit against Poland, widening a dispute between the two countries related to the environmental costs of coal mining. The Czechs claim that mining at Turów is sucking up water supplies and damaging Czech communities.

Last week, Polish Prime Minister Mateusz Morawiecki cancelled an appearance at an event in the Hungarian capital Budapest in order to avoid meeting his Czech counterpart Andrej Babiš, who was also taking part.

“PiS has alienated itself internationally, we see that with the Czechs, with how the ECJ’s ruling is received, and now with Belarus,” adds Lenik.

“This crisis requires a tremendous diplomatic skill to avoid further escalation – a component which is definitely lacking from the PiS toolkit.”