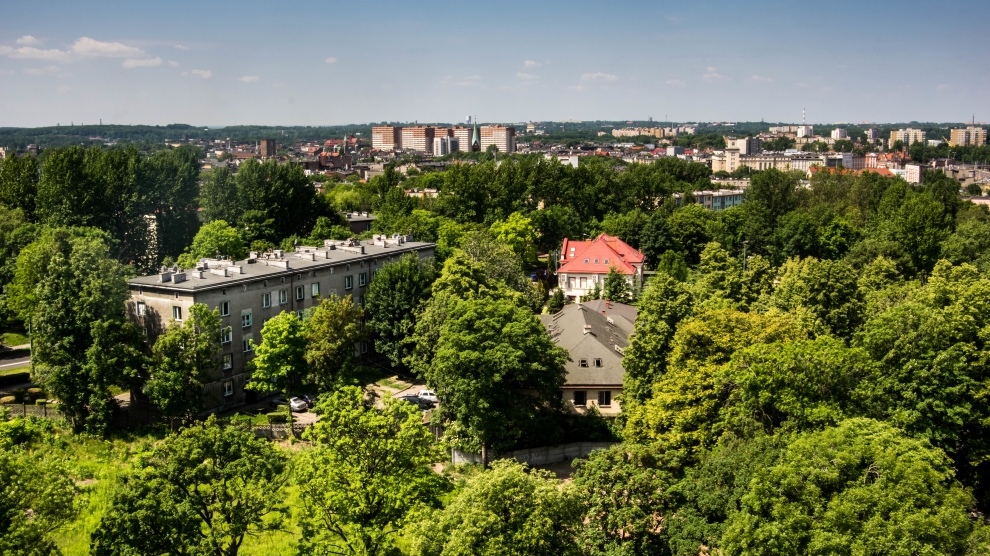 Captured waste heat from local industry in southern Poland can compete with fossil fuel plants to supply affordable heating for local homes through district heating networks, providing cleaner air and attractive financial returns for investors, according to a new study from the Institute for Energy Economics and Financial Analysis (IEEFA).

IEEFA found that the main barrier to cutting carbon emissions and local air pollution from coal-fired heat production in two cities in southern Poland was not price, profit, or economics, but political will and stable regulatory conditions for all market players and technologies, including waste heat recovery (WHR).

Three-quarters of all heat for district heating supplied in Poland is produced from burning coal. Such heat production is associated with massive carbon emissions and local air pollution, including dust and toxic oxides of nitrogen and sulphur.

Burning coal, gas and biomass in combined heat and power (CHP) plants is a cleaner way to produce heat than burning coal, wood and plastic waste in people’s homes, and for that reason CHP plants are very generously subsidised by the Polish government, via energy consumers. But WHR is much cleaner still, and at present benefits from no dedicated support schemes.

“Our research shows that the question of profits is really off the table,” said report co-author and IEEFA energy finance consultant, Gerard Wynn.

“Some fossil fuel and biomass CHP plants are profitable, many are not. Importantly, we find that fossil-free heating is also competitive and profitable. The choice now is between two profitable options, where fossil-free WHR has additional, longer-term benefits for the environment, climate and investment risk.”

WHR is not without challenges. WHR from steel plants is exceptionally cheap but is exposed to a volatile global steel market, and one of the two steel plants analysed is partly fuelled by coal. WHR from wastewater treatment has higher operating costs, but is very low risk. WHR is also limited by scale: the study identified available resources equivalent to about one-third of the heat production capacity of a single coal CHP unit. Nevertheless, WHR could form a platform for a low-carbon heating portfolio also including other renewable heating sources, such as solar thermal and geothermal, as well as renewable wind and solar power, to reduce operating costs and improve efficiency.

“WHR is all about efficiency: energy efficiency, using the heat that local industry already produces and which is escaping into the atmosphere, and financial efficiency, saving money from burning less coal, gas and biomass. And it is a local energy source, without a single cent of imports. It should be at the top of the government’s heating incentives priority list. And because it is clean and low-carbon, it should also earn incentives from the European Union, and from banks such as the European Investment Bank and the European Bank for Reconstruction and Development,” adds Mr Wynn.

The IEEFA report analysed two industrial cities in southern Poland, Chorzów and Skawina, comparing the economics of two coal CHP plants owned by the Czech-based utility CEZ, with the alternative of replacing these with gas or biomass-fired CHP, or with waste heat recovered from local wastewater treatment plants and ArcelorMittal steel mills.

The analysis investigated financial performance including profitability and investment returns.

The study found that biomass was a non-starter, even though biomass CHP receives the most generous heating subsidies in Poland, and is classed as zero carbon under the EU emissions trading scheme, which means it also benefits from zero carbon costs. Even so, biomass returns barely exceeded the assumed cost of capital.

Present energy policies in Poland make it profitable for operators to continue to sweat ageing coal CHP plants for the next five years. That would result in a cumulative, additional 10 million tonnes of CO2 emissions, at the two studied CHP plants, as well as significant local air pollution. However, coal performed much worse if carbon prices rise faster, and after it loses support payments under Poland’s capacity market from 2025.

Gas CHP was also profitable, but this partly depended on support including a power price (cogeneration) premium and capacity payments.

“Today is as good as it gets for coal CHP,” said report co-author Paolo Coghe. “Sweating coal CHP assets is a high-risk approach, because of their exposure to environmental regulation and carbon prices, and reliance on subsidies. It is a short-term strategy. Consider that since 2015, CEZ has recorded large coal CHP impairments, exceeding €100 million, against the older of its two Polish coal CHP plants, commissioned in 1961, as can be seen in the company’s annual reports. These impairments underscore the risks of keeping or buying such assets with the intention to ‘sweat’ them for cash.”

WHR has no direct carbon emissions, and benefits from no dedicated subsidy scheme. As a result, it is playing on an uneven playing field, and is not at risk from policy change, such as higher carbon prices, or stricter air pollution rules.

“We believe that CEZ could be missing an opportunity in waste heat recovery,” said IEEFA energy finance analyst and co-author Arjun Flora. “The company says it wants to become an energy services company, what better way than working with major international clients such as ArcelorMittal to manage their waste heat?”

“Local government are also important actors to seize this opportunity. They are in the best position to bring together local industry, owners of district heating networks and energy companies. Using WHR for district heating is well-established in Scandinavia, and Polish policymakers can draw on these lessons.

“We conclude that national and local Polish leaders should be bolder in addressing the major energy transition taking place, and securing a domestic energy supply. Encouraging a switch from coal CHP to gas or biomass CHP, from one polluting combustion technology to slightly less-polluting ones, is too incremental. There are no dedicated policies at present to support a switch from coal CHP to WHR plants. Such support would offer better long-term value to consumers, as well as significant air quality and climate benefits to the population.”

Michał Hetmański, an analyst at Poland’s Instrat energy think-tank, said: “The debate in Poland on the future of the energy mix is much concentrated around the fuel to replace coal – be it gas or biomass. But the best, most climate-neutral technology is energy efficiency, which is highlighted in this IEEFA study on WHR. It’s time for regulators to support WHR, which would unlock its potential, and support Poland in meeting its renewables target in district heating by 2030.”